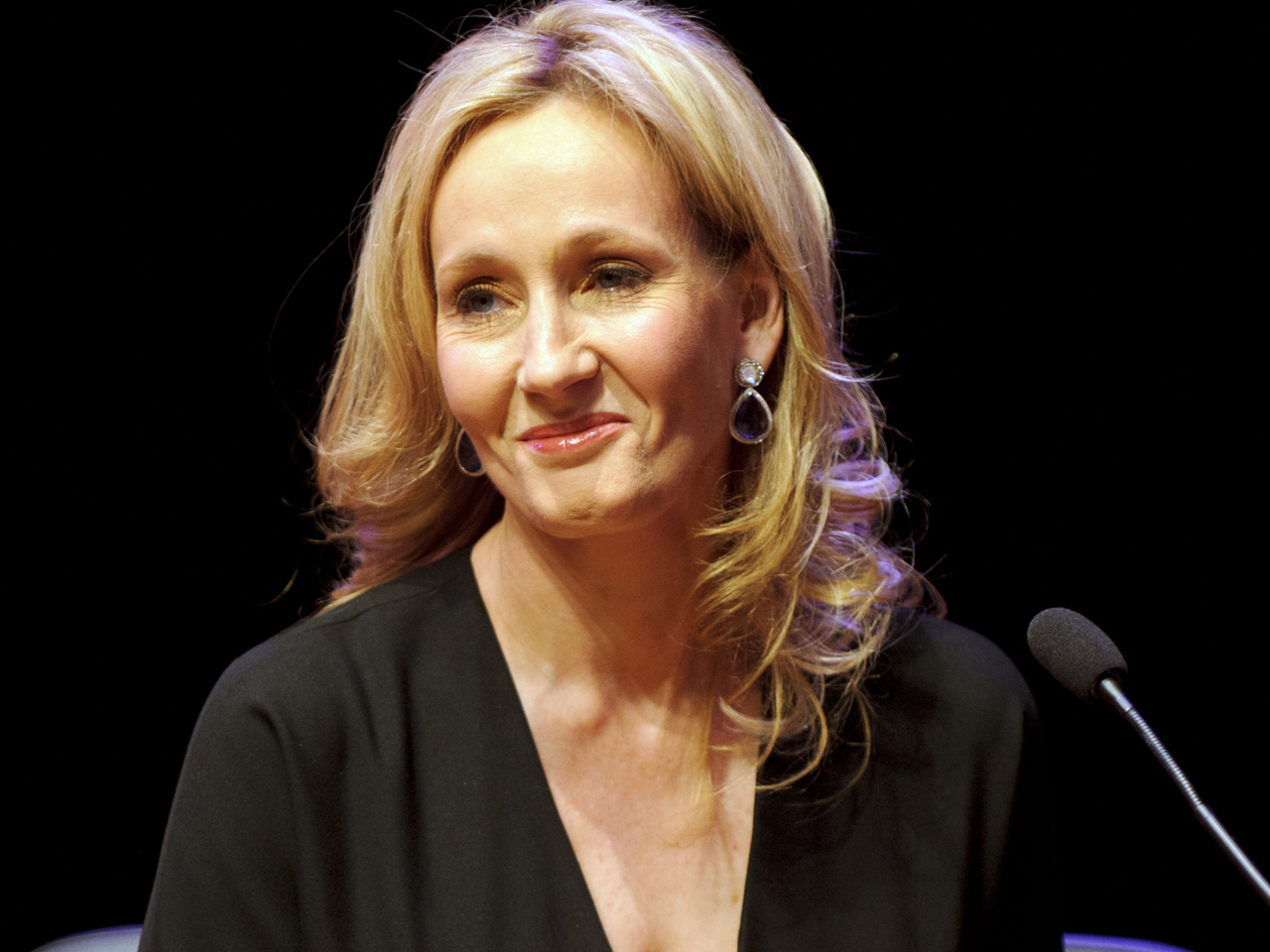 NEW YORK -- J.K. Rowling's passion for free expression is so strong it extends to someone she'd otherwise not care to discuss: Donald Trump.

"I find almost everything that Mr. Trump says objectionable. I consider him offensive and bigoted," said the British author, who received PEN's Literary Service Award for her "extraordinary creativity" and for her efforts on behalf of institutionalized children and other humanitarian causes.

"But he has my full support to come to my country and be offensive and bigoted there."

PEN, the literary and human rights organization, honored advocates for speech and prisoners of censorship worldwide, from Egypt to Flint, Michigan. Thanks in part to Rowling's star power, PEN raised more than $1.75 million, the highest total in memory for its fundraising ceremony. Monday's gala also was far calmer than last year's, when an award to the French publication Charlie Hebdo, subjected to a deadly attack in Paris, led to heightened security.

"It's very nice to have an event without metal detectors," noted PEN president Andrew Solomon.

Two prominent Flint activists, LeeAnne Walters and Dr. Mona Hanna-Attisha, received the PEN/Toni and James C. Goodale Freedom of Expression Courage Award for their efforts in exposing the deadly levels of lead in the water. Walters is a mother of four who became alarmed when her kids fell ill and Dr. Hanna-Attisha is a pediatrician and educator who conducted studies of blood lead levels in Flint's children.

Both discussed the meaning of courage. Dr. Hanna-Attisha recalled being ridiculed for her initial findings and being afraid, but realized that "You can't have courage without fear." Added Walters: "Some say it's courage, some say it's heroism. But I'm honestly just a mom doing what moms do - protecting their children."

Ahmed Naji, imprisoned in Egypt for the sexual content of his novel "The Use of Life," was the winner of the PEN/Barbey Freedom to Write Award. The author's brother, Mohamed, accepted for him and said Naji was working on another novel even though his jailers forbid him to write.

"He is imagining it, like he always has," Mohamed Naji said of his brother, whose sentencing had been protested by historian Robert Caro, filmmaker Woody Allen and more than 100 other writers and artists.

PEN's annual publishing award was given to Hachette Book Group CEO Michael Pietsch, presented his prize by "The Goldfinch" author Donna Tartt. Pietsch, whose battles have included censorship in China and a standoff in the U.S. with Amazon.com over e-book revenues, urged his peers to "remember to publish wild voices, diverse voices, voices that make us uncomfortable, voices that can open eyes, change minds and last."

Rowling herself publishes her Robert Galbraith detective novels through Hachette. She was given her prize by actress Sarah Jessica Parker, a longtime admirer and literacy advocate who praised Rowling for changing the "landscape of children's literature forever and for the better."

The author cited her clashes with censors over her Potter books, which religious groups have accused of inspiring Satanism. She pointed out that her work has appeared on lists of banned books and recalled an unnerving encounter with a Christian fundamentalist in a New York toy shop.

"I had no idea the phrase 'I pray for you' could sound so intimidating," she said.

But Rowling, who has shared sharp opinions about Trump and others on her Twitter feed, also called herself lucky to live in a part of the world where speech is protected and accepted that some would object to her work.

"My critics are at liberty to claim that I am trying to convert children to Satanism," she said. "And I'm free to explain I'm exploring human nature and morality - or to say 'You're an idiot.'"