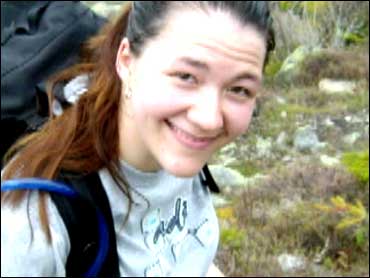 A federal judge characterized a Montana woman who stole multiple identities over several years and faked her way into Ivy League schools as a scheming, manipulative criminal and sentenced her Wednesday to more than four years in prison.

Esther Reed pleaded guilty in August to federal fraud and identity theft charges and had asked the judge to show mercy in sentencing because she said she suffered from mental disorders that arose from a dysfunctional family life she was trying to escape. The Greenville judge called the argument "creative" but wasn't persuaded, ordering her to spend 51 months behind bars and pay restitution to her victims.

Police were tipped off to Reed in June 2006, when she tried to get a job as a housekeeper in Manhattan using the name, birthday and Social Security number of missing South Carolina woman Brooke Henson. She also used Henson's identity to fake her way into Columbia University in New York, where she spent two years as a graduate student beginning in 2004. Authorities do not believe she had anything to do with the Travelers Rest woman's 1999 disappearance in a case that's still open.

"I was desperate to escape an environment I felt I could not survive," Reed told U.S. District Court Judge Henry Herlong, speaking in a strong voice as she stood before him in handcuffs, leg shackles and red prison jumpsuit, her long, dark brown hair tied in a ponytail.

The "Brooke Henson" in New York had told friends she had a lucrative career as a professional chess player, 48 Hours reported in December 2007.

It was the first time the 30-year-old had voiced her reasons for juggling at least six identities and fooling officials at Columbia, Harvard and California State University at Fullerton into accepting her as a student.

"I accept full responsibility," she added.

"Nothing can bring our Brooke home, but to know that you are not violating her now gives our family a sense of relief," Lisa Henson said. "You in no way are, or were, similar to the loving girl we all knew."

Reed began posing as Henson in October 2003, obtaining an ID card in Ohio using Henson's information. Two months later, Reed took a high school equivalency test in the state using Henson's name and received a degree. She then took a college entrance exam in California, using her score to apply for admission to Columbia, where she studied criminology and psychology.

She also used Henson's name to get student loans up to $100,000 and to submit an SAT score of 1400, which Reed, who investigators say is highly intelligent, earned on her own.

In a court filing Friday, Reed had asked the court for mercy. She argued that a too-strict family upbringing, the separation and divorce of her parents, her mother's cancer death and a "very neglectful, controlling and emotionally abusive" elder sister who "repeatedly told her she was evil," had contributed to her depression and anxiety disorders.

Besides prison time, Herlong ordered her to repay $125,000 in debts she accumulated while pretending to be other people.

"She is a scheming criminal who has taken advantage of people's identities and institutions," Herlong said. He added that she had used "very sophisticated means" to obtain fraudulent government documents, credit cards and multiple identities over several years and states.

U.S. Attorney Walt Wilkins said after the sentencing that the government was satisfied with the result.

Herlong said he would ask the Bureau of Prisons to place her in a federal prison somewhere in the Pennsylvania area, where she has a relative.