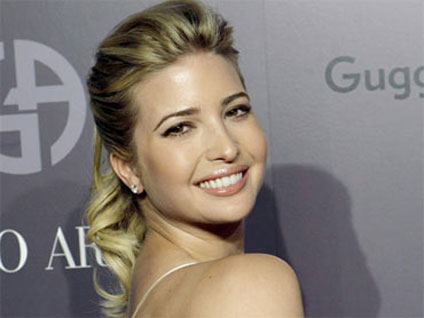 NEW YORK (CBS) There's nothing like an attractive handbag to make a woman really exicted. And that's how Ivanka Trump sounded Monday when she took to Twitter to talk about her new handbag line.

"Just concluded a meeting with my handbag partners," the 28-year-old Trump wrote on Twitter. "The bags looking amazing! Ladies..you'll love them! The line will be in stores next March!" Asked by a follower whether "regular" shoppers could afford them, Trump answered in the affirmative.

The daughter of Donald Trump and his ex-wife Ivana already has a footwear collection in the works, also set to debut in the spring.

According to Women's Wear Daily, the collection she is designing with Marc Fisher Footwear includes a mix of stilettos, flip-flops, sneakers and ballet flats. The line of 75 to 100 styles will be priced at between $80 and $140 and will be available in department stores.

Trump, who works in her father's real estate business and appears with him on "Celebrity Apprentice," also has a line of jewelry under her name.