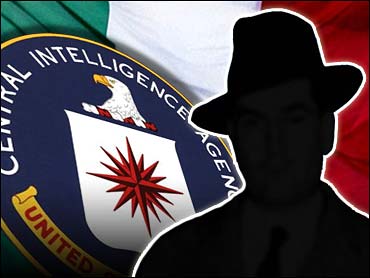 Last month, a judge issued warrants for 13 purported CIA officials but turned down a request for the additional six. Prosecutor Armando Spataro appealed the ruling last week, accusing the six of helping prepare the abduction of Osama Moustafa Hassan Nasr.

A three-judge panel in Milan granted that appeal, said the official, who requested anonymity because the announcement usually comes first from the court.

The prosecutor's request, obtained by The Associated Press, said the six were involved in studying the area in Milan where the cleric was seized, his habits and the best routes to the highway the kidnappers would use to bring the Egyptian to Aviano, a joint U.S.-Italian air base north of Venice.

The cleric, known as Abu Omar, was allegedly snatched on a Milan street on Feb. 17, 2003, flown from Aviano to Ramstein air base in Germany and then to Egypt, where he reportedly was tortured.

The operation purportedly was part of the CIA's "extraordinary rendition" program, in which terror suspects are transferred to third countries without court approval, subjecting them to possible ill treatment.