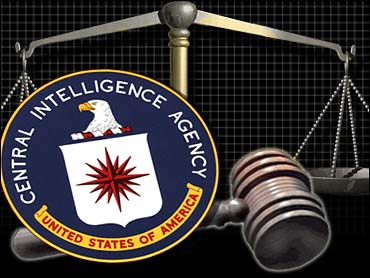 First the CIA agents allegedly seized the imam off the streets of Milan and bundled him into a van. Then they sent him to Egypt, where he said he was tortured.

Then the agents, who racked up $144,984 in hotel bills, reportedly went to Venice to celebrate.

An Italian judge on Friday ordered the arrests of 13 CIA officers for secretly transporting the Muslim preacher to Egypt as part of U.S. anti-terrorism efforts — a rare public objection to the practice by a close American ally.

The Egyptian was spirited away in 2003, purportedly as part of the CIA's "extraordinary rendition" program, which 60 Minutes reported on earlier this year, in which terror suspects are transferred to third countries without court approval, subjecting them to possible torture.

The BBC reports that critics have branded it "torture by proxy," to deport terror suspects to countries known to use torture.

The arrest warrants were announced Friday by the Milan prosecutor's office, which has called the disappearance a kidnapping and a blow to a terrorism investigation in Italy. The office said the imam was believed to belong to an Islamic terrorist group.

The 13 — 10 men and three women, according to the BBC — are accused of seizing Osama Moustafa Hassan Nasr, known as Abu Omar, on a Milan street on Feb. 17, 2003, and sending him to Egypt, where he reportedly was tortured, Milan prosecutor Manlio Claudio Minale said in a statement.

At the time of the kidnapping, a witness heard a man cry for help before he was bundled into a white van, CBS News Correspondent Jim Stewart reports.

The indictment charges the van then sped off towards Aviano, a joint U.S.-Italian air base north of Venice. From there a U.S. registered Gulfstream flew Omar and his captors to the American airbase in Ramstein, Germany where they changed planes ... and flew to Cairo. Stewart reports Hassan Nassr then allegedly was tortured for two years.

The U.S. Embassy in Rome and the CIA in Washington declined to comment.

The prosecutor's statement did not name the suspects, give their nationalities or mention the CIA by name. But an Italian official familiar with the investigation confirmed newspaper reports Friday that the suspects worked for the CIA.

CBS News reports that Investigators were able to trace the agents through check-in details at Milan hotels and their use of Italian cell phones during the operation, Italian news reports said.

The official also said there was no evidence Italians were involved or knew about the operation. He asked that his name not be used because official comment was limited to the prosecutor's statement.

Minale said the suspects remain at large and Italian authorities will ask the United States and Egypt for assistance in the case. None of the suspects are thought to be in Italy.

The prosecutor's office said Nasr was released by the Egyptians after his interrogation but was arrested again later.

The statement said Nasr was seized by two people as he was walking from his home toward a mosque and bundled into a white van. He was taken to Aviano, a joint U.S.-Italian base north of Venice, and flown to a U.S. air base in Ramstein, Germany, before being taken to Cairo.

It said investigators had confirmed the abduction through an eyewitness account and other, unidentified witnesses as well as through the analysis of cell phone traffic.

In March 2003, "U.S. authorities" told Italian police Nasr had been taken to the Balkans, the statement said. A year later, in April-May 2004, Nasr phoned his wife and another unidentified Egyptian citizen and told them he had been subjected to violent treatment by interrogators in Egypt, the statement said.

Italian newspapers have reported that Nasr, 42, said in the wiretapped calls that he was tortured with electric shocks.

On Friday, the Milan daily Corriere della Sera cited another Milan-based imam as telling Italian authorities Nasr was tortured after refusing to work in Italy as an informer. According to the testimony, he was hanged upside down and subjected to extreme temperatures and loud noise that damaged his hearing, Corriere reported.

Minale said the judge rejected a request for six more arrest warrants for suspects believed to have helped prepare the operation.

Nasr was believed to have fought in Afghanistan and Bosnia and prosecutors were seeking evidence against him before his disappearance, according to a report in La Repubblica newspaper, which cited intelligence officials.

Corriere said Italian police picked up details, including cover names, photos, credit card information and U.S. addresses the agents gave to five-star hotels in Milan around the time of Nasr's alleged abduction. It said investigators also found the prepaid highway passes the agents used for the journey from Milan to the air base.

The report said investigations showed the agents incurred $144,984 in hotel bills in Milan, and that two pairs of agents took holidays in northern Italy after delivering Nasr to Aviano.

Italian-U.S. relations were strained after American soldiers killed an Italian intelligence agent near Baghdad airport in March. He was escorting a kidnapped Italian journalist after he had secured her release from Iraqi captors.

Germano Dottori, a political analyst at the Center for Strategic Studies in Rome, said it is not unusual for intelligence agencies to have squabbles with allied countries but that he could not recall prosecutors directly involved in investigating or apprehending agents involved.

"At some point the Americans will begin to think they can't trust the Italians," Dottori said.