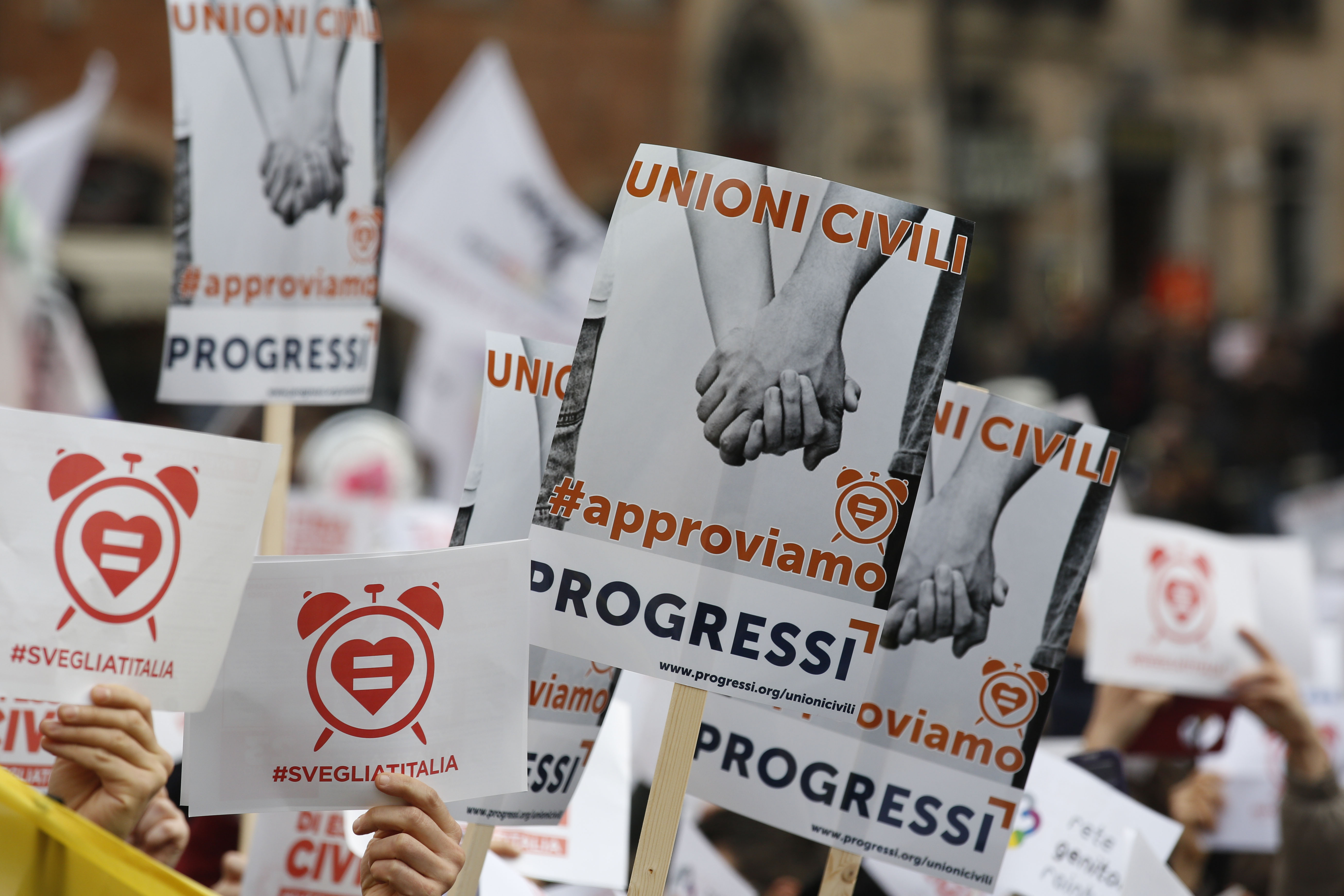 ROME -- Italy joined the rest of Europe on Wednesday in giving some legal rights to gay couples after a years-long battle and opposition from the Catholic Church to anything that smacked of authorizing gay marriage.

The lower Chamber of Deputies voted 372-51 with 99 abstentions to approve legislation already passed in February by the Senate. Earlier, the chamber approved a confidence motion tied to the law.

Gay rights activists hailed the vote as historic, given that Italy was the last of the European Union's 28 nations to grant legal recognition to civil unions. But they voiced disappointment that the government had sacrificed a provision to allow gay adoption to ensure passage.

The legislation grants same-sex couples many of the same rights as married couples: the possibility of having the same last name, inheritance rights, hospital visitation rights and medical decision-making rights. But it stops far short of authorizing gay marriage.

CBS News' Seth Doane, who is in Rome, reports that the Trevi fountain will be lit green in celebration of the bill passage.

The Vatican, which holds sway politically and socially in overwhelmingly Catholic Italy, maintains that marriage is a lifelong bond between man and woman.

Premier Matteo Renzi praised the vote as "writing another important page for the Italy that we love."

"Today is a day of celebration for so many," he wrote on Facebook. "For those who finally feel recognized."

Italy's leading Catholic bishop, Monsignor Nunzio Galantino, had criticized the government's decision to put the bill to a confidence vote to ensure passage, saying it was a "loss for everyone."