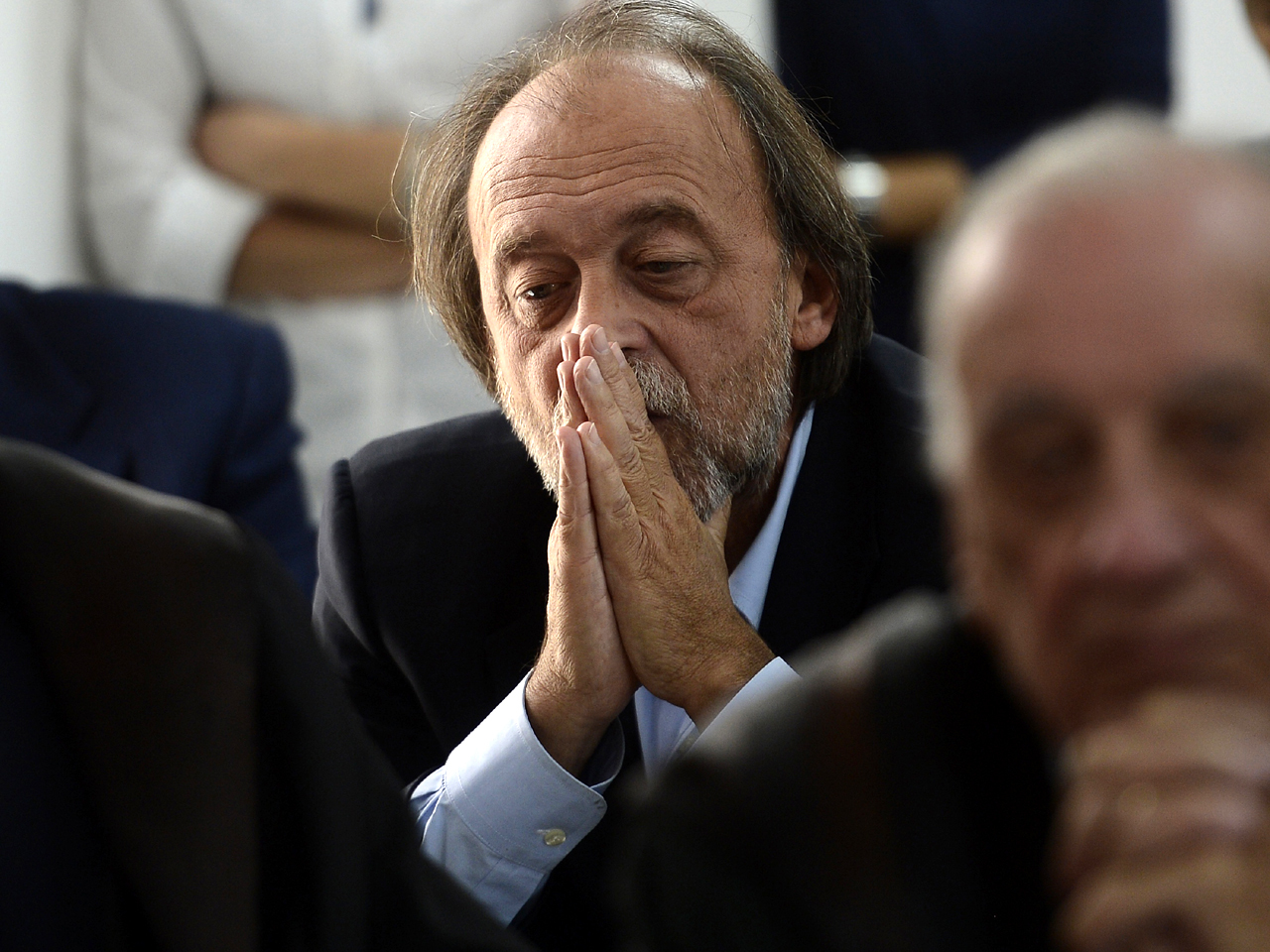 L'AQUILA, Italy Defying assertions that earthquakes cannot be predicted, an Italian court convicted seven scientists and experts of manslaughter Monday for failing to adequately warn residents before a temblor struck central Italy in 2009 and killed more than 300 people.

The court in L'Aquila also sentenced the defendants to six years each in prison. All are members of the national Great Risks Commission, and several are prominent scientists or geological and disaster experts.

Scientists had decried the trial as ridiculous, contending that science has no reliable way of predicting earthquakes. So news of the verdict shook the tightknit community of earthquake experts worldwide.

"It's a sad day for science," said seismologist Susan Hough, of the U.S. Geological Survey in Pasadena, Calif. "It's unsettling." That fellow seismic experts in Italy were singled out in the case "hits you in the gut," Hough added.

"This trial has raised huge concerns within the scientific community because here you have a number of scientists, who are simply doing their job, being prosecuted for criminal manslaughter, and I think that scares all of us who are involved in risk communication," professor Tom Jordan, director of the Southern California Earthquake Center, told CBS News.

In Italy, convictions aren't definitive until after at least one level of appeals, so it is unlikely any of the defendants would face jail immediately.

Other Italian public officials and experts have been put on trial for earthquake-triggered damage, such as the case in southern Italy for the collapse of a school in a 2002 quake in which 27 children and a teacher were killed. But that case centered on allegations of shoddy construction of buildings in quake-prone areas.

State TV noted that this was the first time prosecutors had brought a case based on the failure to predict an earthquake.

Among those convicted Monday were some of Italy's most well-known and internationally respected seismologists and geological experts, including Enzo Boschi, former head of the National Institute of Geophysics and Volcanology.

"I am dejected, desperate," Boschi said after the verdict. "I thought I would have been acquitted. I still don't understand what I was convicted of."

The trial began in September 2011 in this Apennine town, whose devastated historic center is still largely deserted.

The defendants were accused in the indictment of giving "inexact, incomplete and contradictory information" about whether small tremors felt by L'Aquila residents in the weeks and months before the April 6, 2009, quake should have constituted grounds for a quake warning.

CBS News correspondent Allen Pizzey reports from L'Aquila that the prosecution said the case revolved around one key word, "analysis," that in spite of the data the scientists failed to give adequate warning that a major earthquake might be imminent.

As a result, residents of L'Aquila did not take precautions instilled in them through a long history of seismic activity in the region. As the son of one victim put it "my father died because he listened to the state."

The quake killed 309 people, injured more than 1,500, and left 65,000 people homeless, Pizzey reports. The entire historic center of the city had to be abandoned.

Three and half years later, the historic centre of L'Aquila is a virtual ghost town, Pizzey reports. Buildings are held together by scaffolding and steel girdles, which in many cases will only come off when the structure is demolished.

Residents who have lodged civil suits said they were less interested in seeing the accused in jail than in sending a message that they want more and better information about possible future quakes.

Many much smaller earth tremors had rattled the area in the months before the quake, causing frightened people to wonder if they should evacuate.

"I consider myself innocent before God and men," said another convicted defendant, Bernardo De Bernardinis, a former official of the national Civil Protection agency.

Prosecutors had sought convictions and four-year sentences during the trial. They argued in court that the L'Aquila disaster was tantamount to "monumental negligence," and cited the devastation wrought in the southern United States in 2005 when levees failed to protect the city of New Orleans during Hurricane Katrina.

Relatives of some who perished in the 2009 quake said justice has been done. Ilaria Carosi, sister of one of the victims, told Italian state TV that public officials must be held responsible "for taking their job lightly."

The world's largest multi-disciplinary science society, the American Association for the Advancement of Science, condemned the charges, verdict and sentencing as a complete misunderstanding about the science behind earthquake probabilities.

There are swarms of seismic activity regularly in Italy and most do not end up causing dangerous earthquakes, said AAAS geologist Brooks Hanson, deputy editor of the organization's Science magazine. He said that if seismologists had to warn of a quake with every swarm there would be too many false alarms and panic.

Comments on Twitter about the verdict abounded with references to Galileo, the Italian scientist who was tried as a heretic in 1633 for his contention that the Earth revolved around the sun and not vice versa as Catholic church teaching then held. In 1992, then-Pope John Paul II declared that the church had erred in its ruling against the astronomer.

Defense lawyer Filippo Dinacci predicted that the L'Aquila court's verdict would have a chilling effect on officials tasked with protecting Italians in natural disasters. Public officials would be afraid to "do anything," Dinacci told reporters.