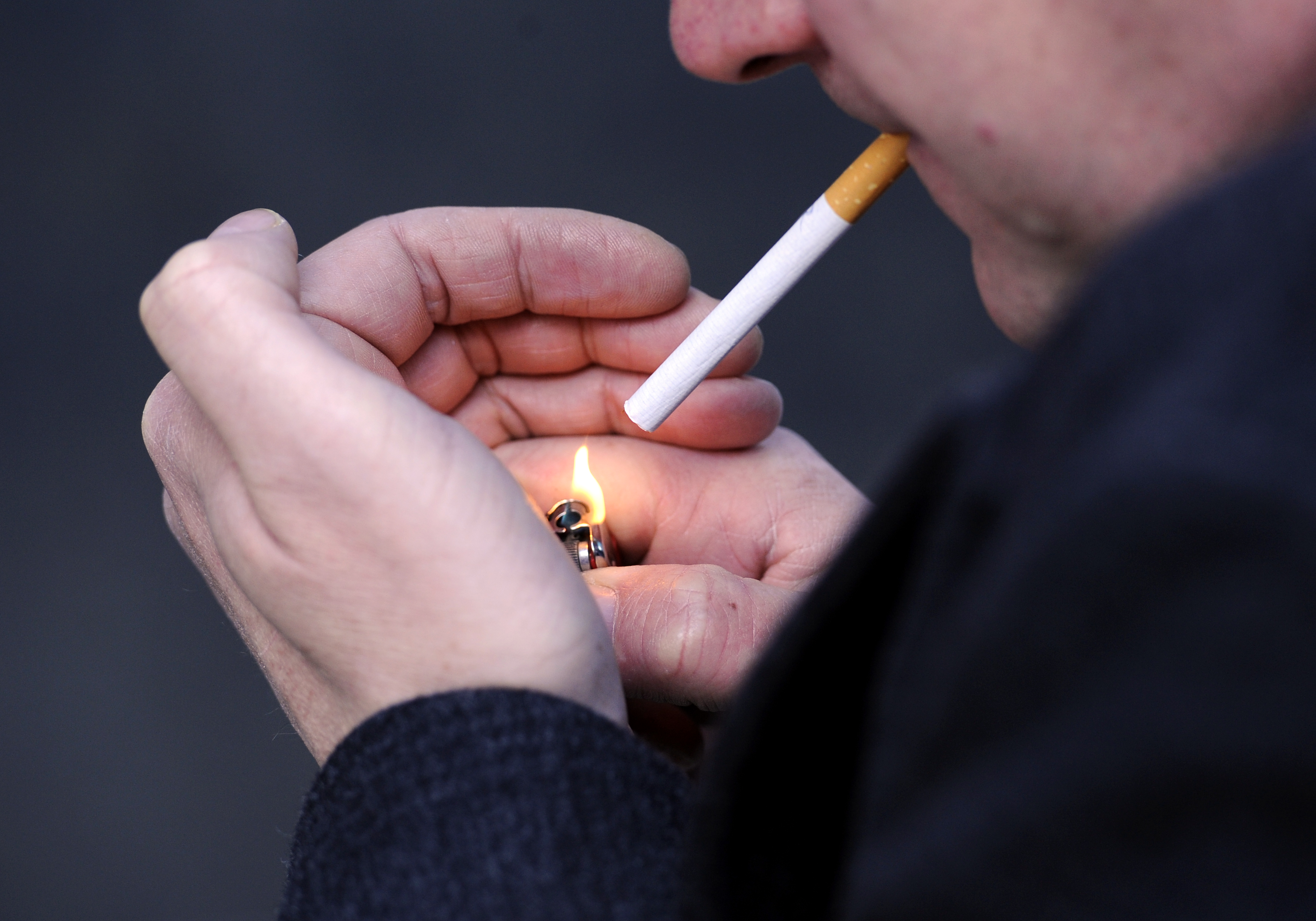 JERUSALEM Observant Jews in Israel craving a smoke during the week-long Passover holiday that starts at sundown Monday can now enjoy a rabbi-approved puff.

It's the first time cigarettes have joined the long list of goods stringently checked to ensure they comply with Passover rules on what items are allowed, or kosher for the holiday — meaning they have not come in contact with grains or other forbidden ingredients.

The stamp of approval came from the Beit Yosef private rabbinic group, which certifies foods as compliant with Jewish dietary restrictions. Last month, Beit Yosef approved three local cigarette brands for smoking during Passover. The chief rabbinate in Israel, however, disapproved of the measure, saying cigarettes are life-threatening and should not be approved by rabbis.

"Poison is not kosher. For all days of the year, not just Passover," said the chief rabbinate's spokesman Ziv Maor.

But Rabbi Igal Ben Ezra, Beit Yosef's chief supervisor, said the certification was meant for Israeli smokers who only buy products marked as "kosher for Passover" and who might be concerned about buying cigarettes without such a label. It's "mostly for people who have doubts on this subject," said Ben Ezra.

The Jewish holiday of Passover celebrates the biblical Exodus story of the Israelites' escape from slavery in Egypt to the Promised Land. According to tradition, the Israelites were in a rush and had no time to let their bread rise as they fled. To commemorate the hasty Exodus, Jews eat matzo, or flat wheat crackers that symbolize unleavened bread, and refrain from foods containing leavening such pasta during Passover.

During the holiday, Jewish law forbids chametz — anything consisting of grains that may have come in contact with water, starting the process of fermentation.

Jews, including many who are not religiously observant the rest of the year, spend weeks ahead of Passover cleaning their homes and belongings to rid them of any morsel of food considered to be chametz.

The week-long Passover diet is in addition to the year-round kosher regulations that ban pork and shellfish, require meat to be ritually slaughtered and forbid the mixing of meat and dairy.

And even though only about 20 percent of Israeli Jews identify themselves as Orthodox, statistics suggest almost everyone attends the traditional Passover meal and most Israeli Jews refrain from eating foods that contain forbidden grains throughout the holiday.

To accommodate them, the Israeli food industry transforms ahead of Passover.

Manufacturers of popular snacks substitute their regular recipes with ingredients approved for Passover. Cows eat corn and alfalfa instead of grain-based hay so that observant Jews can drink their milk because religious practice forbids deriving benefit from an animal that has eaten banned grains. Kosher restaurants, including kosher branches of McDonalds, serve buns made of alternative ingredients, such as potato flour.

Determining what exactly is permitted during Passover has become more complicated in the modern age, as rabbis have pondered what to do with products like pet food and pills. Many industries have adapted and as a result, there are now pet products and medicines that are labeled kosher-for-Passover.

This is the first time, however, that cigarettes in Israel are carrying such a label for the holiday.

After an inspection of the company's factory a month ago, he concluded that Noblesse, Time and Golf cigarettes could be deemed kosher for smoking on Passover — as long as the factory used ingredients that had not come in contact with leavened products. He would not specify those ingredients, saying he was sworn to secrecy.

Ben Ezra said he himself quit smoking eight months ago but used to smoke during Passover even without such a thing as "kosher cigarettes."

Maor, the spokesman for Israel's chief rabbis who oversee kosher supervision of foods, said they do not approve of labeling cigarettes as kosher and permitted for Passover, but were unable to prevent it because they only regulate the food market.

"There are some communities who consider it important that everything they bring home has a kosher stamp on it," said Maor.

Cigarettes have not been alone in the debate over what's kosher for Passover.

In the 1990s, some particularly devout officials asked the national water authority to stop pumping water on Passover from the country's sole freshwater lake, the Sea of Galilee. They were concerned that Jews could break Passover rules by drinking tap water possibly "contaminated" by fishermen who may have thrown grain-based fish food into the lake or picnicking Israelis who may have tossed breadcrumbs into it.

As a result, Israel's water authority began plugging the pipe from the Sea of Galilee three days before Passover and pumping water from underground aquifers and water reservoirs instead — though most rabbis, even from the strictest streams of ultra-Orthodox Judaism, say this is unnecessary.

"No one feels the difference," said Uri Schor, spokesman of the water authority. "Whenever you open the faucet, you have water."

Hours ahead of Passover, many Israelis were finishing cleaning their homes Monday of every last bread crumb, feverishly cooking and swarming supermarkets to stock up on food for the Seder, the traditional Passover meal.

In Jerusalem, smoke filled the air as some religious Jews burned the last of their bread crumbs while others dunked their plates in large vats of hot water set up around the city, so their dishes would be completely free of bread products.

The airport was busier than usual with travelers taking advantage of the holiday to travel abroad, and local TV stations gave Israelis advice on avoiding traffic jams when driving to their relatives for the Seder.

The military announced a two-day closure on the West Bank to keep Palestinians out of Israel at the start of the holiday, with exemptions for medical emergencies and other humanitarian reasons. The army imposes such security closures during Jewish and Israeli holidays.