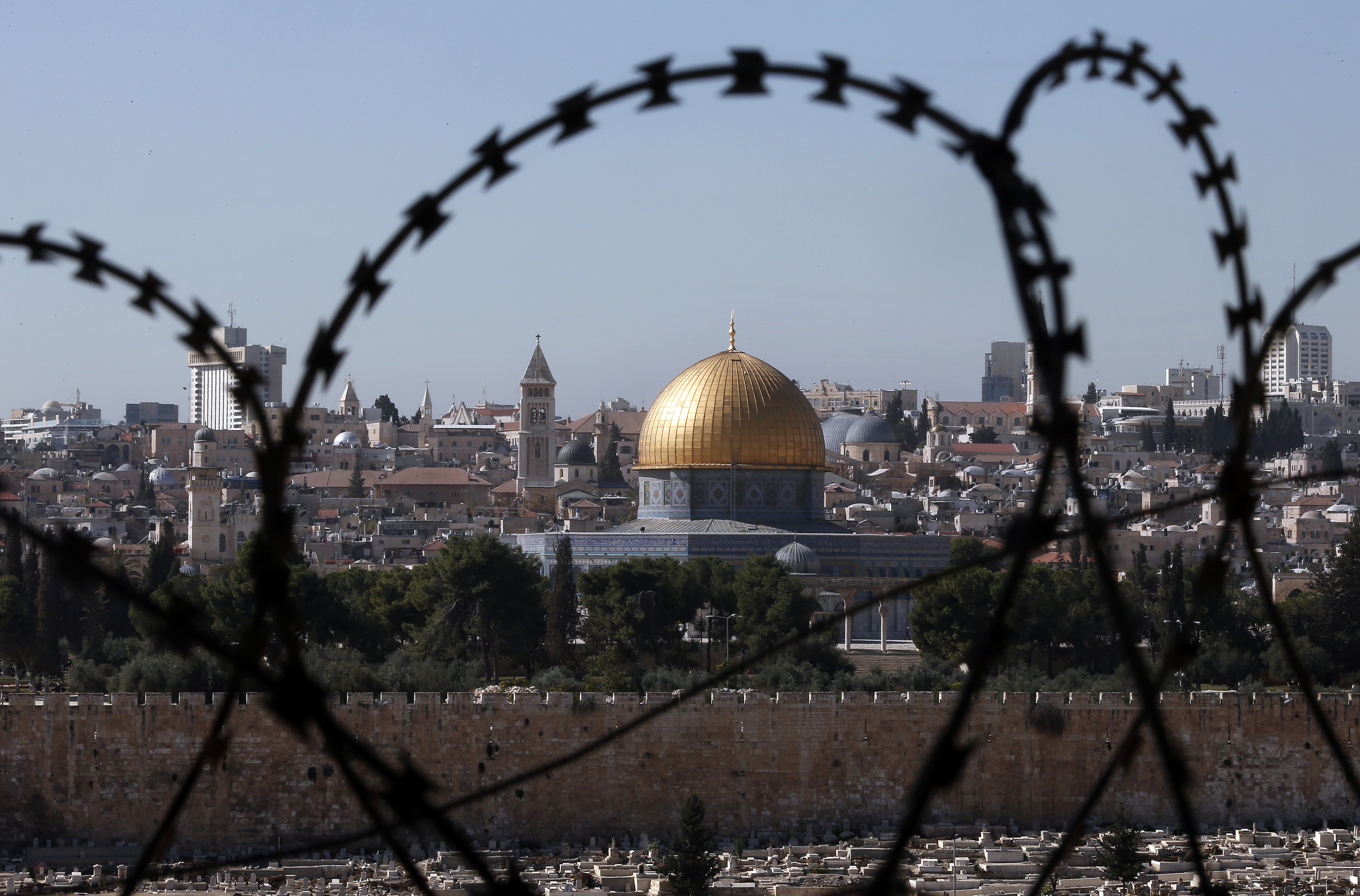 JERUSALEM - Israeli police say they have restored calm around Jerusalem's most sensitive holy site after early-morning clashes with Palestinian protesters.

Police spokesman Micky Rosenfeld says police moved into the Al-Aqsa Mosque compound at around 7 a.m. Sunday. He says police had received reports that the protesters were planning to disrupt visits to the area by Jewish worshippers. The clashes took place hours before the onset of Rosh Hashanah, the Jewish New Year.

Israeli police say the protesters threw rocks and firecrackers at police as they barricaded themselves inside the mosque. The BBC reports pipe bombs were found after police raided the area.

Israelis say there were no reports of arrests or injuries, though Rosenfeld says police may arrest protesters when they exit the building.

The site was opened to visitors.

The hilltop compound is revered by both Jews and Muslims and is a frequent flashpoint of violence. It is believed, among other things, to be the site where God asked Abraham to sacrifice his son.

Jordanian Information Minister Mohammad Momani called Israel's actions an "assault," reports Agence France Presse. Jordan has custodial rights over the mosque as part of a peace agreement between the countries.

Under the agreement, Jews are permitted to visit the area outside the mosque but not to pray there, fearing it could inflame tensions with Muslims.