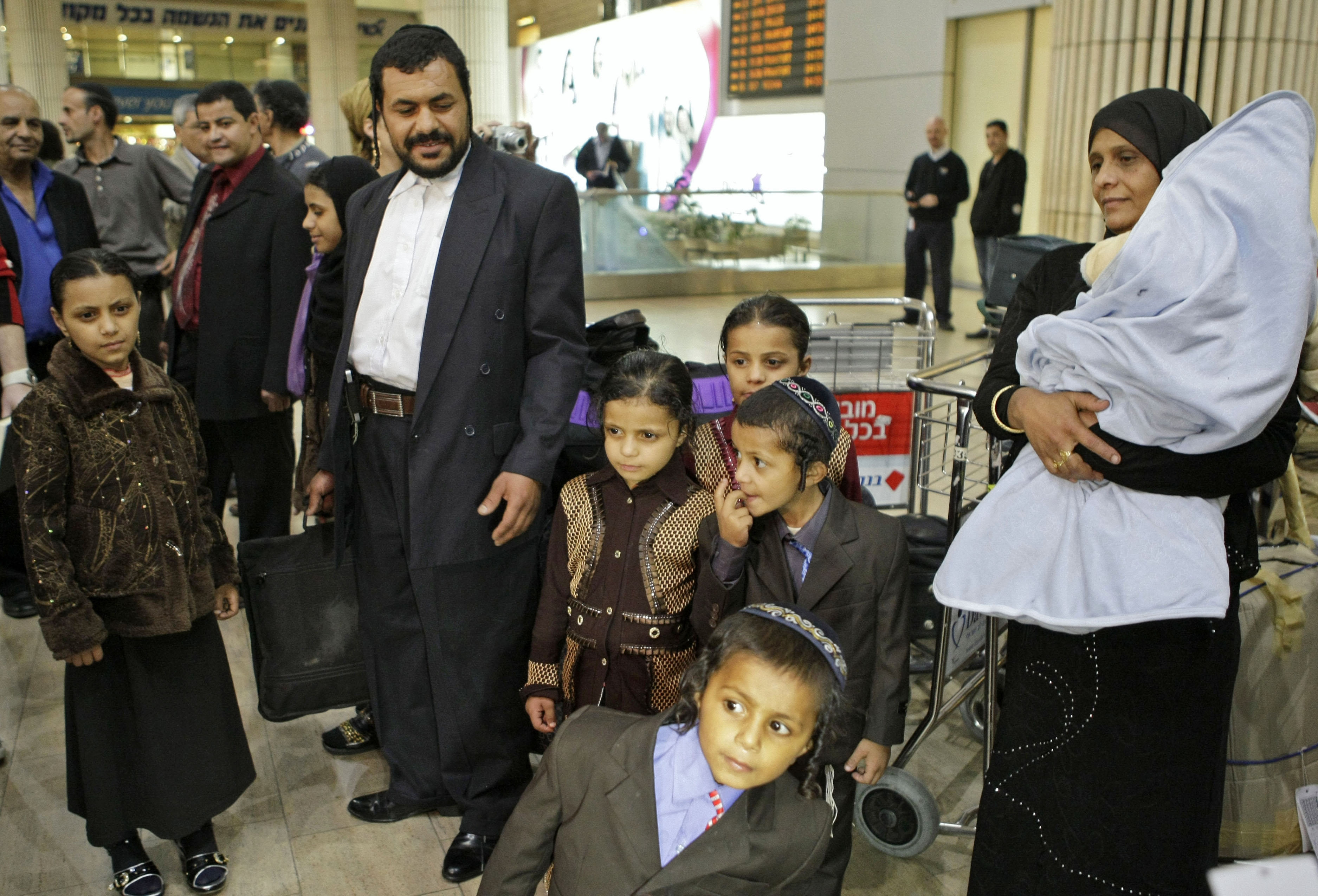 JERUSALEM -- Nineteen Jews from war-torn Yemen have been brought to Israel in a covert operation, completing, according to Israeli immigration officials, the repatriation of the 2,000-year-old Yemenite Jewish community.

Some 50,000 Yemenite Jews have immigrated to Israel since 1949. Only 50 remain in Yemen, by choice. Among the new arrivals Monday was a rabbi carrying a 500-year-old Torah scroll.

Most Yemenite Jews moved to Israel after it became a state in 1948 because of increasing Arab antagonism over the establishment of the Jewish nation. Things took a turn for the worse for the remaining Yemenite Jews after Iranian-backed Houthi rebels took control of the capital city, Sanaa, in 2014.

The Houthis are hostile to both Israel and the U.S., and the Jews in Yemen complained of increasing harassment. The escalating civil war there, and Saudi-led coalition bombing in and around Sanaa, where most of the Jews live, only made things worse.

"This is a highly significant moment in the history of Israel," said Natan Sharansky, the chairman of the Jewish Agency, a quasi-governmental body responsible for immigration. "Yemenite Jewry's unique, 2,000-year-old contribution to the Jewish people will continue in the State of Israel."

The Jewish Agency did not reveal details of the mission, which it described as a "complex, covert operation." It named the mission "Miktze Teiman," from a Hebrew verse in the Old Testament roughly meaning "from the far borders of Yemen."

Israel has launched other operations to bring back the Jews of the Diaspora, including two mass airlifts of Ethiopian Jewry in 1984 and 1991, which saw the influx of 22,000 people. Officials describe the latest arrival of Yemenite Jews as a historic moment in the biblical "Return of the Exiles."