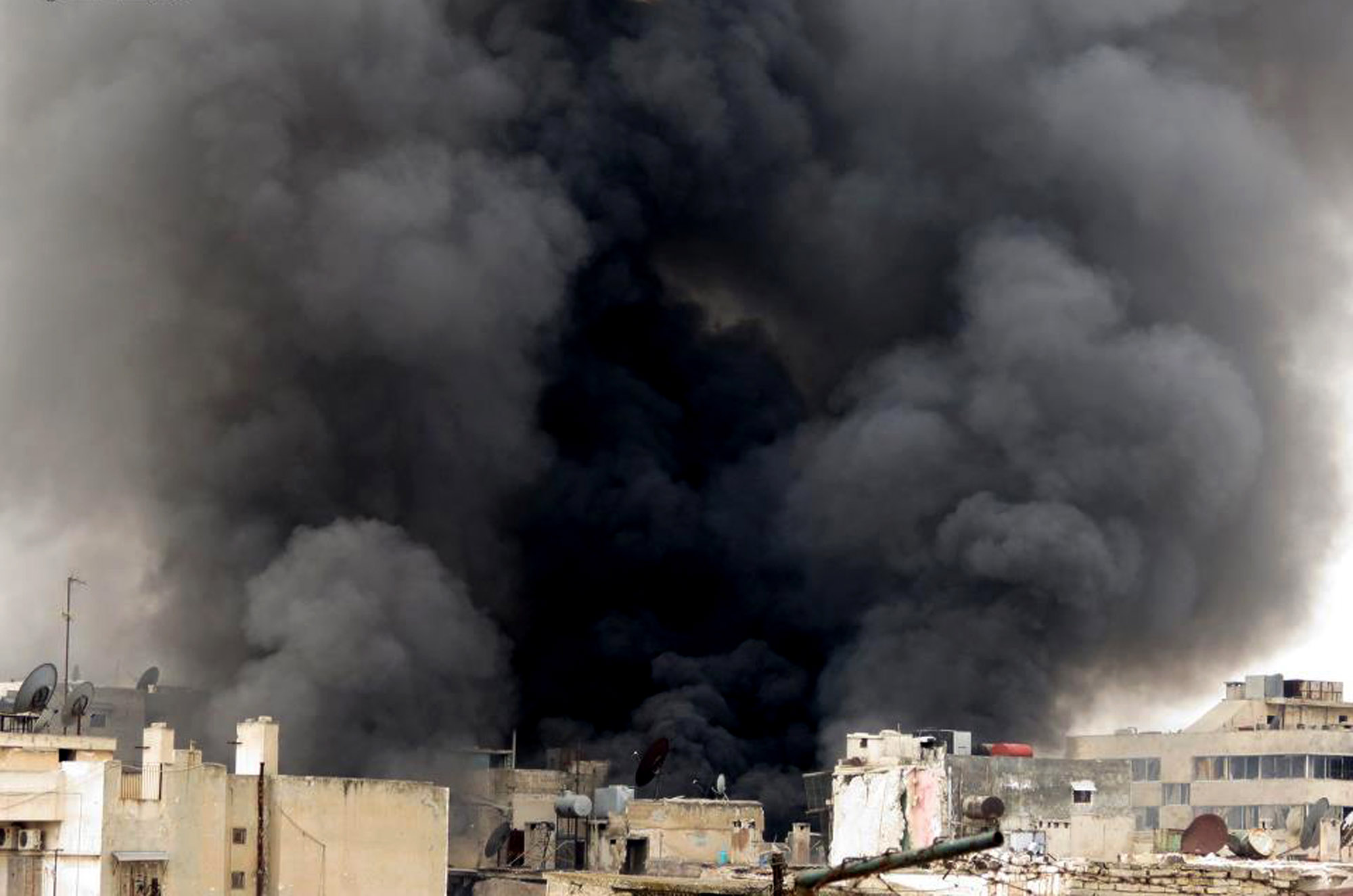 TEL AVIV, Israel A senior Israeli military intelligence official said on Tuesday that Syrian President Bashar Assad used chemical weapons last month in his battle against insurgent groups. It was the first time that Israel has accused the embattled Syrian leader of using his stockpile of nonconventional weapons.

The assessment could raise pressure on the U.S. and other Western countries to intervene in the Syrian conflict. Britain and France recently announced they had evidence that Assad's government had used chemical weapons. Although the U.S. says it has not been able to verify these claims, President Obama has warned that the introduction of chemical weapons by Assad would be a "game changer."

Israel, which borders southwestern Syria, has been warily watching the Syrian civil war since the fighting erupted there in March 2011.

Although Assad is a bitter enemy, Israel has been careful not to take sides, partly because the Assad family has kept the border with Israel quiet for the past 40 years and partly because of fears of what would happen if he is toppled.

Israeli officials are especially concerned that Assad's stockpile of chemical weapons and other advanced arms could reach the hands of Assad's ally, the Hezbollah guerrilla group in Lebanon, or Islamic extremist groups trying to oust him. The concern is that if Assad is overthrown, any of these groups could turn his sophisticated arsenal against Israel.

In his assessment, Brig. Gen. Itai Brun, the head of research and analysis in Israeli military intelligence, told a security conference in Tel Aviv that Assad has used chemical weapons multiple times. Among the incidents were attacks documented by the French and British near Damascus last month.

"To the best of our professional understanding, the regime used lethal chemical weapons against the militants in a series of incidents over the past months, including the relatively famous incident of March 19," he said. "Shrunken pupils, foaming at the mouth and other signs indicate, in our view, that lethal chemical weapons were used."

He said sarin, a lethal nerve agent, was probably used. He also said the Syrian regime was using less lethal chemical weapons, and that Russia has continued to arm the Syrian military with weapons such as advanced SA-17 air defense missiles.

Israeli Prime Minister Benjamin Netanyahu on Monday repeated that Israel has the right "to defend itself" against any threat. He spoke at a meeting with visiting U.S. Defense Secretary Chuck Hagel.

At a meeting with Hagel on Monday, Israel's defense minister, Moshe Yaalon, laid out a number of "clear red lines" to Syria that could trigger an Israeli response. Among them were transferring sophisticated weapons to Hezbollah and other "rogue elements" in Syria, cross-border attacks into Israel or "rogue elements" getting hold of Syrian chemical weapons.

The Israeli military has fired at targets inside Syria on several occasions in response to gunfire or mortar shells landing in the Israeli-occupied Golan Heights. Israel has all but admitted that it carried out an airstrike in Syria in January that destroyed a shipment of anti-aircraft missiles believed to be headed to Hezbollah.

"We proved it. When they crossed these red lines, we operated, we acted," Yaalon said.