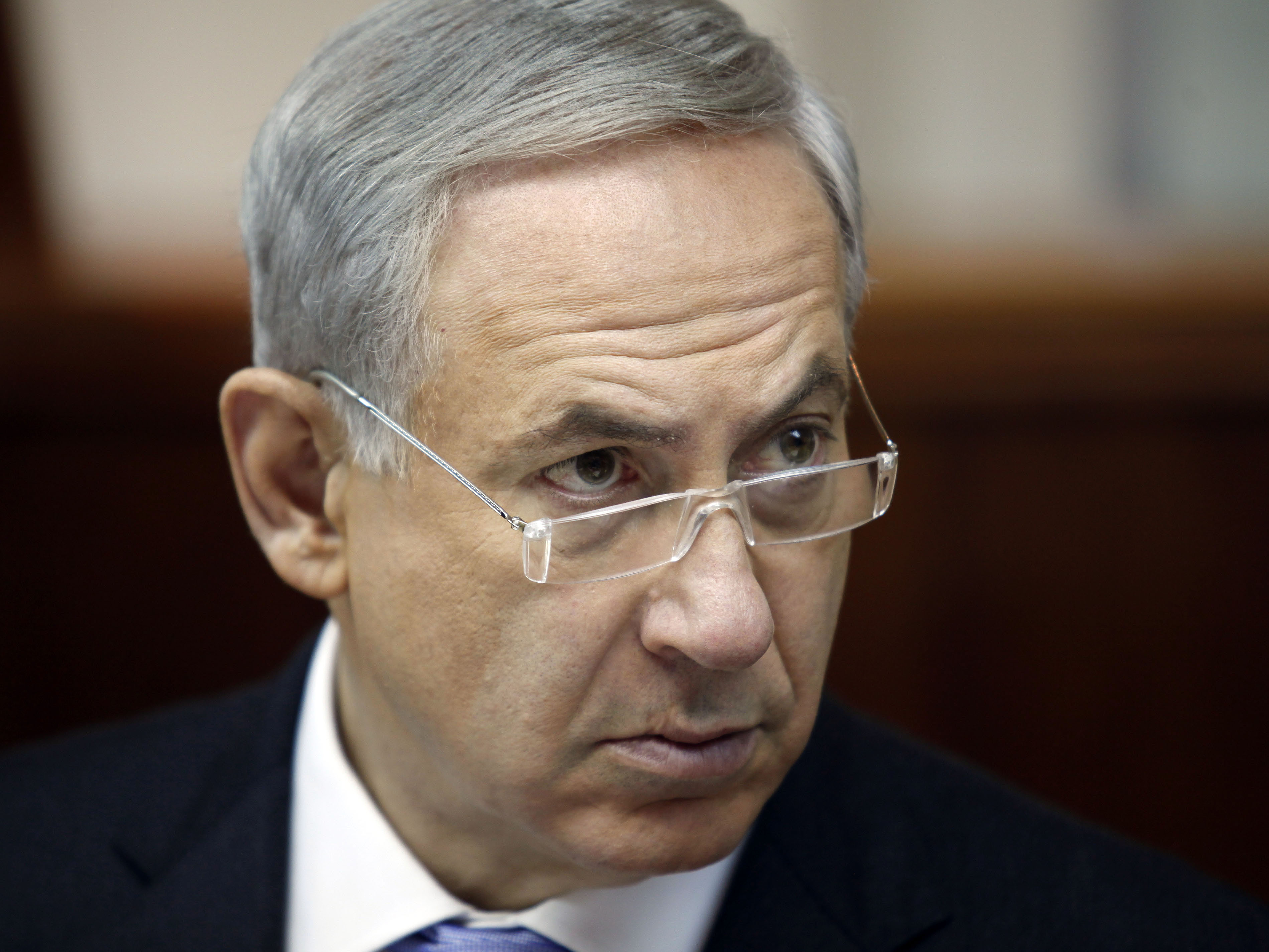 Netanyahu's office said early Sunday he is recuperating at a Jerusalem hospital following overnight surgery for an umbilical hernia. A medical team diagnosed the hernia after Netanyahu felt pain on Saturday.

The Prime Minister was given general anesthesia, and Defense Minister Moshe Yaalon was appointed acting prime minister during the few hours Netanyahu was unconscious. Netanyahu will be released later Sunday to recuperate further at home.

The weekly Cabinet meeting has been postponed.

Ministers are expected to approve the release of 26 Palestinian prisoners as part of U.S.-led Israeli-Palestinian peace talks that begin this week.

There was no immediate Palestinian comment, though the announcement by Housing Minister Uri Ariel was bound to deepen the atmosphere of distrust as the two sides head into talks after a five-year freeze.

Palestinian President Mahmoud Abbas had long insisted he would not resume talks without an Israeli settlement freeze, arguing that the expansion of settlements is pre-empting the outcome of negotiations.

In the end, Abbas agreed to enter talks without a settlement freeze. In an apparent tradeoff, Israel agreed to release 104 long-held Palestinian prisoners in four installments over several months, with the first group to be freed Tuesday.

In Sunday's announcement, the Housing Ministry said 1,187 apartments had been given final approval, the last stage before issuing tenders to contractors. Of those, 793 will be built in neighborhoods for Jews in east Jerusalem, annexed by Israel shortly after the 1967 Mideast war. Most of the international community does not recognize the annexation.

In addition, 394 apartments are to be built in several large West Bank settlements, including Maaleh Adumim, Efrat and Ariel. The latter sits in the heart of the West Bank, and its expansion could be particularly problematic for negotiators trying to carve out a viable Palestinian state.

The housing minister, a leading member of the pro-settler party Jewish Home, said construction would continue.

"No country in the world takes orders from other countries where it can build and where it can't," Ariel said in his statement. "We will continue to market housing and build in the entire country ... This is the right thing at the present time, for Zionism and for the economy."