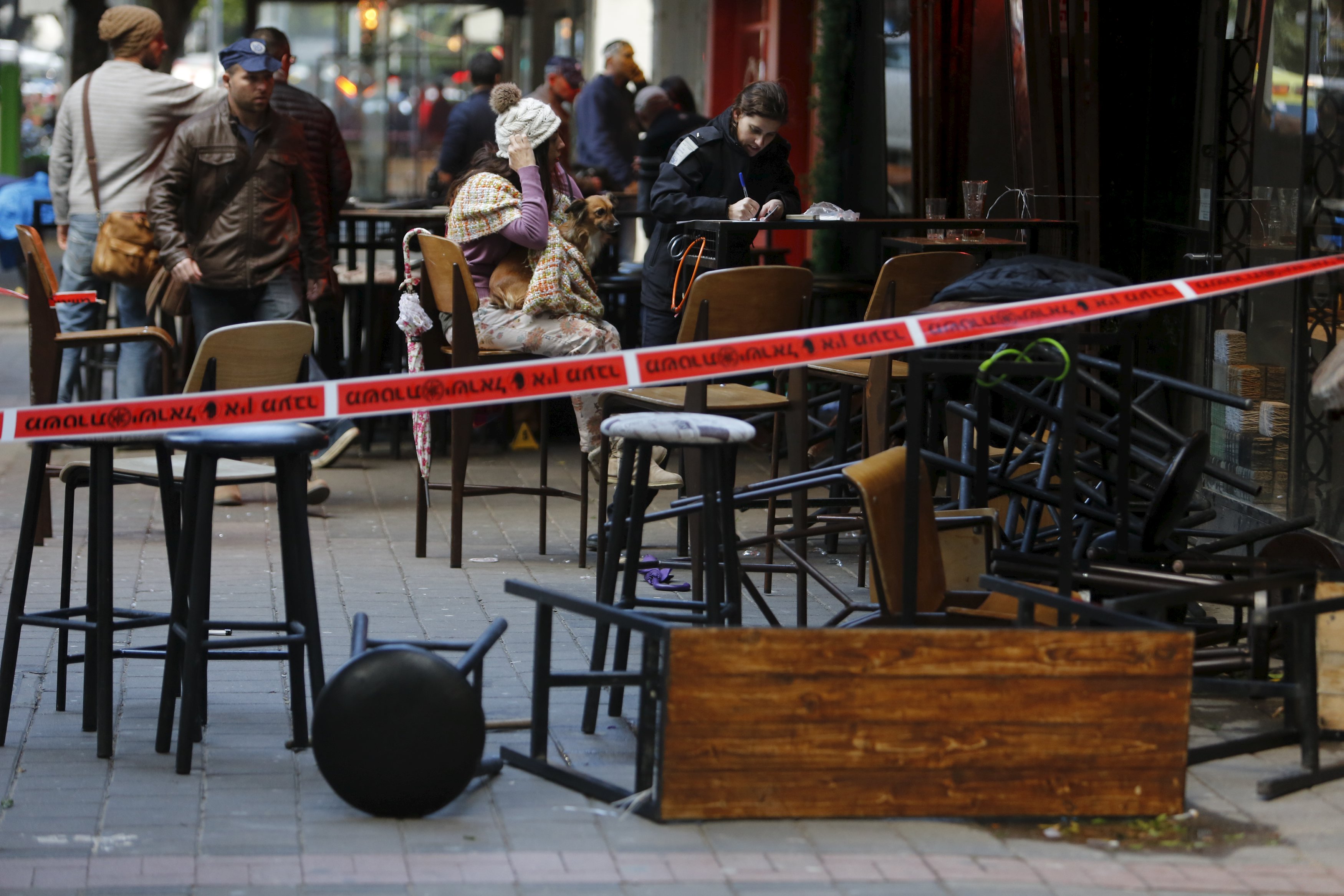 JERUSALEM -- Israeli police continued their manhunt Saturday for a gunman who killed two people and wounded several others when he opened fire at a bar in Tel Aviv the day before.

Police say they are investigating possible motives for the shooting, which came amid more than three months of near-daily Palestinian attacks against Israeli civilians and soldiers. On Saturday they allowed his identity to be published.

More than 24 hours after the attack, the shooter was still at large.

Relatives of the 29-year-old suspected shooter, Nashat Milhem, from the Arab village of Arara in northern Israel, told media they recognized the man from CCTV footage aired on news reports.

Family members said he was a troubled man who was "traumatized" after a cousin was killed by police in 2006, and who had served time in an Israeli prison after allegedly grabbing an officer's gun. They said he acted on his own and called on the man to turn himself in.

Milhem's father, Mohammed, said he was deeply sorry for what happened and wished the victims a speedy recovery.

"I did not raise him in this manner and I am sorry for what he did," the father said, according to Reuters. "When I found out of the incident, I personally, on my own, arrived to the (police) station and assisted all security bodies with all directions."

He added, "I wish all wounded to get well and I send my condolences to everyone whether a Jew or an Arab."

"The brutality was incomprehensible," Netanyahu said. He said that while many Muslims in Israel speak out against violence and aspire to uphold law and order in their communities there is "wild incitement by Islamic extremists against Israel in the Arab sector, incitement in mosques, and incitement in the education system and incitement on social media. We are acting aggressively against that incitement."

He said there are "lawless enclaves" with "Islamist incitement" and weapons. Police forces will be beefed up in Arab areas, he said.

"I am not willing to accept two states within Israel, a state of law for most of its citizens and a state within a state for some of its citizens. That era is over," he said.

"Whoever wants to be Israeli must be Israeli all the way," Netanyahu said.

Israel's Arabs, who make up a fifth of the country's 8.4 million people, enjoy full rights but have long complained of unfair treatment in areas such as housing and employment opportunities. Many identify more with their Palestinian brethren in the West Bank and Gaza and with Palestinian nationalism rather than with Israel.

Throughout the day, well-wishers lit candles in commemoration for the victims outside the bar.

The attack comes amid months of Palestinian attacks that have killed 21 Israelis, mostly in stabbings, shootings and car-ramming attacks. That figure does not include the victims in Friday's attack as the motive for that attack hasn't officially been determined yet.

During that time, at least 131 Palestinians have been killed by Israeli fire, 90 of them identified by Israel as assailants. The rest died in clashes with security forces.

Israel says the violence is being fanned by a Palestinian campaign of incitement. The Palestinians say it is rooted in frustrations stemming from nearly five decades of Israeli occupation.