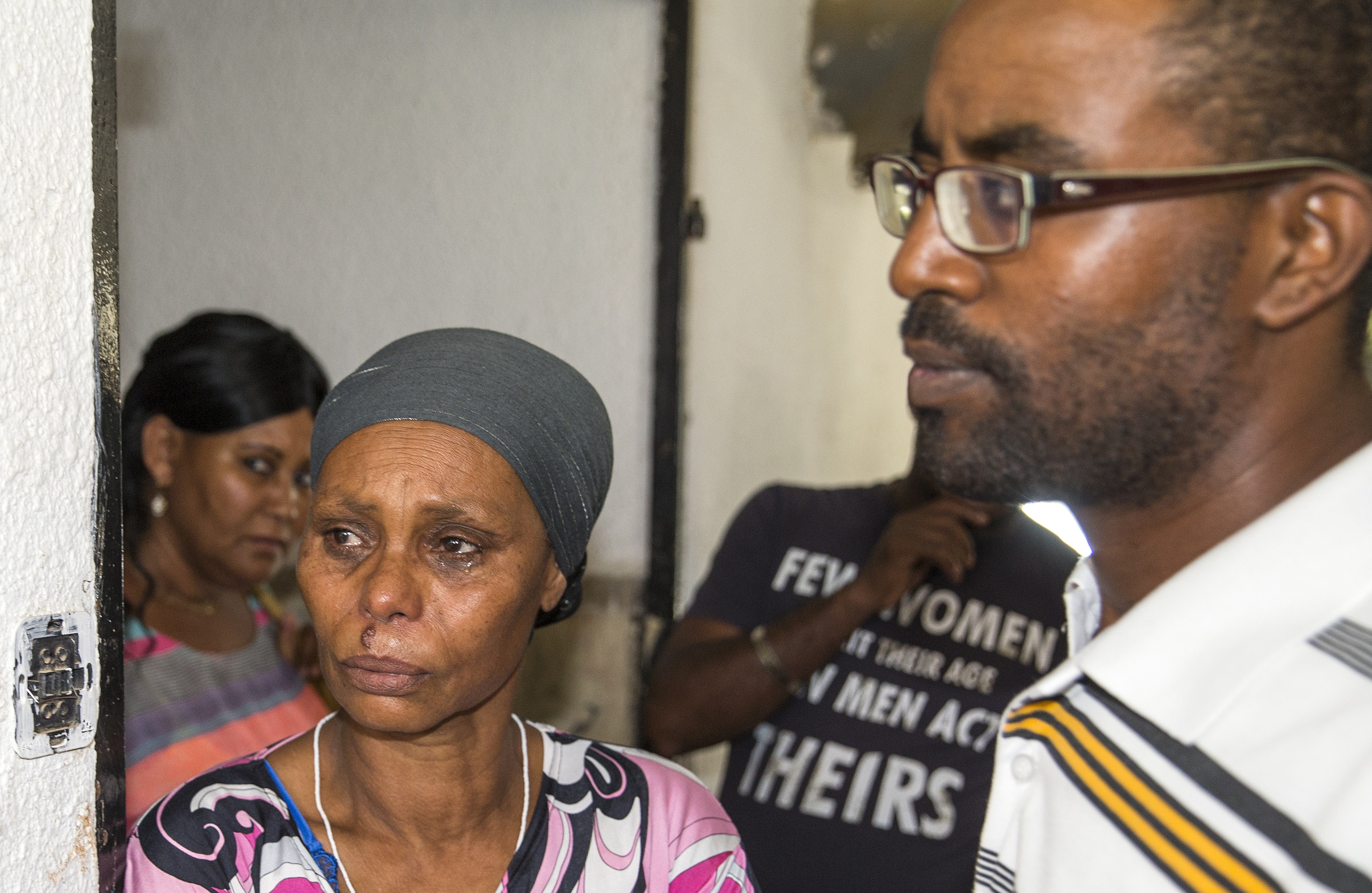 JERUSALEM -- Two Israeli citizens are being held in the Gaza Strip, at least one of them by the Hamas militant group, Israeli authorities said Thursday.

Avraham Mangisto "independently" crossed the border fence into the Gaza Strip on Sept. 7 last year, nearly two weeks after the end of the Israel-Gaza war, the Israeli defense body responsible for Palestinian civilian affairs said, without giving further details of why he crossed into the Palestinian territory.

The Coordinator of Government Activities in the Territories said that "according to credible intelligence," Mangisto is being held "against his will" by Hamas. It said "Israel has appealed (to) international and regional interlocutors to demand his immediate release and verify his well-being."

"This is a humanitarian matter and I expect those holding him to treat him properly and to return him in full health," Israeli President Reuven Rivlin in a statement.

A spokesman for Hamas, Salah Bardawil, declined comment. "We don't have any information about it. Even if is true, we don't have instructions to talk about it," he said.

Israel's military lifted a gag order Thursday to reveal details of the matter. It is unclear why it decided to publicize the issue ten months after the incident. Senior Israeli government officials, speaking on condition of anonymity because they were unauthorized to speak publicly about the issue, said Israel had hoped keeping the affair quiet could lead to his release. They would not comment on the lifting of the gag order.

COGAT said the second Israeli citizen being held in Gaza is an Arab citizen of Israel. Israeli officials provided no further details.

The detention of Israelis in Gaza is particularly sensitive because of the prolonged saga of Gilad Schalit, an Israeli soldier captured by Hamas-allied militants in 2006 and held for more than five years before he was swapped for more than 1,000 Palestinian prisoners.

Israeli media said Israel had turned to international channels to appeal for Mangisto's release on humanitarian grounds because he was a civilian, not a soldier.

Israeli Channel 2 TV said Mengisto arrived at an Israeli beach on the Gaza border the evening of Sept. 7, left behind his bag and crossed into Gaza through a breach in the border fence apparently left from movement of Israeli tanks during the Israel-Gaza war. Mengisto is from the city of Ashkelon, Israeli media reported.

The 50-day war last summer between the Islamic militant Hamas group and Israel left 2,200 Palestinians and 73 people in Israel dead.

Prime Minister Benjamin Netanyahu had been in touch with Mengisto's parents and that Lior Lotan, a retired Israeli army colonel, was handling negotiations to return Mengisto to Israel, Channel 2 TV reported.

The family had been instructed not to speak publicly about the matter, media reports said, but that news of Mengisto being held in Gaza had spread through Israel's Ethiopian immigrant community.

Israeli Channel 10 broadcast an interview with a man it identified as Mengisto's father, holding up a statement critical of Israeli authorities.

"They didn't do anything," Haili Mangisto said. "Where is my son?"