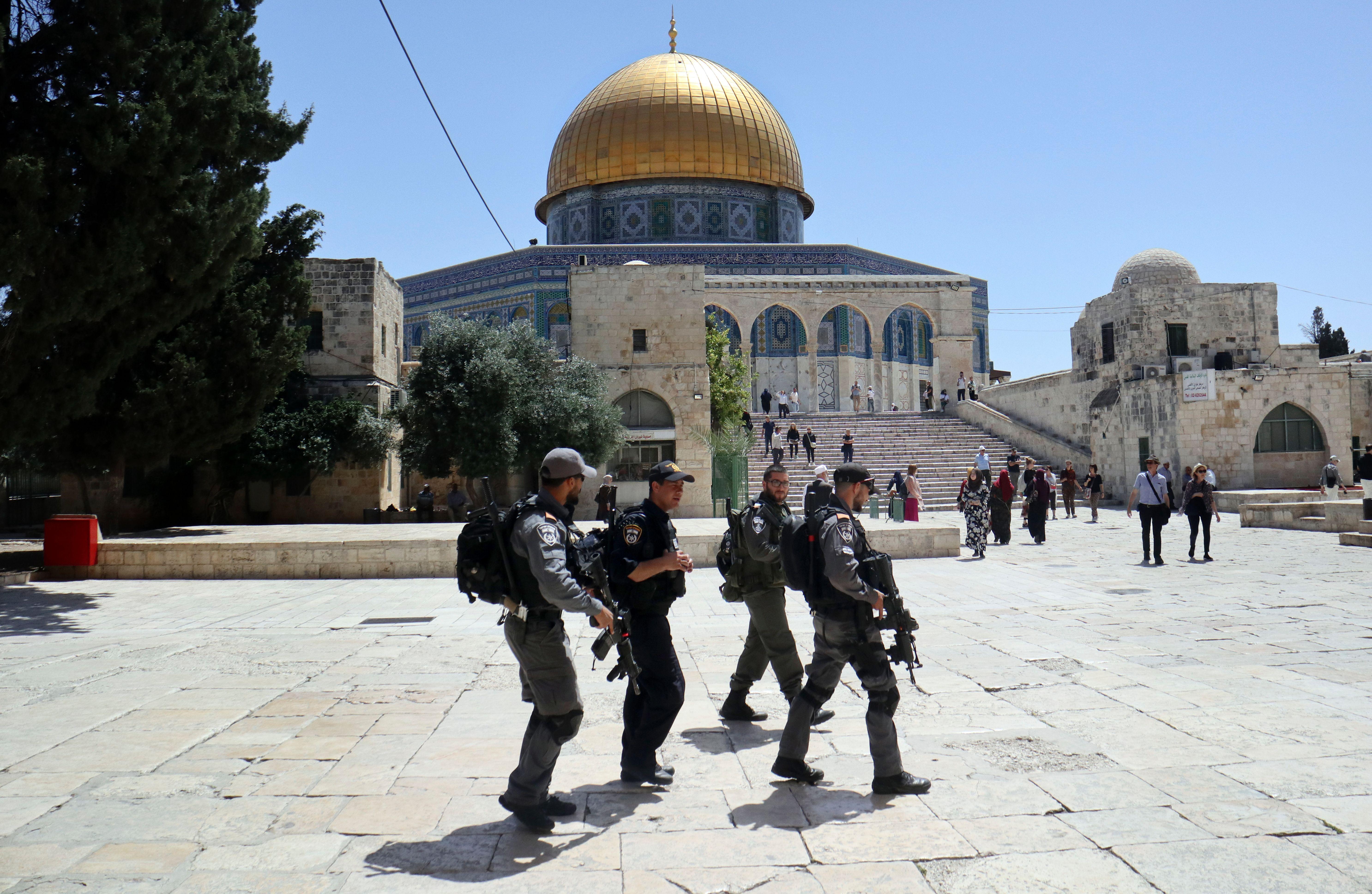 JERUSALEM -- Vociferous Arab and Muslim opposition was building Tuesday to any possible U.S. recognition of the hotly contested city of Jerusalem as Israel's capital.

Turkey threatened to cut ties with Israel, the Palestinians warned they would halt contacts with their U.S. counterparts - and key Washington ally Saudi Arabia spoke out strongly against such a possible step.

Saudi Arabia, a regional powerhouse, is crucial to any White House plans to promote a possible Mideast peace deal. President Donald Trump has promised to broker the "ultimate deal," but has not divulged details.

His next move concerning Jerusalem remained shrouded in mystery.

U.S. officials have said he may recognize Jerusalem as Israel's capital this week as a way to offset his likely decision to delay his campaign promise of moving the U.S. Embassy there. Trump's point-man on the Middle East, son-in-law Jared Kushner, later said the president hasn't decided yet what steps to take.

Meanwhile, the Trump administration appeared to have missed a statutory deadline to sign a new waiver keeping the U.S. Embassy in Israel in Tel Aviv.

The deadline came and went without any White House announcement about whether Trump had signed a waiver. Without the waiver, by the law the embassy is supposed to move to Jerusalem. The White House said Monday that Trump was still deciding.

The implications of missing the deadline are unclear. Lawyers have said there's some flexibility in the exact timing. Congress could withhold State Department funding for overseas facilities but is unlikely to do so. The Trump administration has blown through many other congressional deadlines without consequence in the past.

At the same time, the prospect of Trump recognizing Jerusalem as Israel's capital has triggered mounting opposition in the Arab and Muslim world.

The holy city is home to the third holiest shrine of Islam, along with the holiest site in Judaism and major Christian holy sites. It forms the combustible center of the Israel-Arab conflict. Any perceived harm to Muslim claims to the city has triggered large-scale protests in the past, both in the Holy Land and across the region.

East Jerusalem, now home to more than 300,000 Palestinians, was captured by Israel in 1967 and then annexed to its capital, a move most of the international community has not recognized.

Palestinians seek east Jerusalem as a future capital. Israel's current government, unlike its predecessors, rejects the idea of partition and claims the entire city as Israel's capital. Under international consensus and long-standing U.S. policy, the fate of the city is to be determined in Israeli-Palestinian negotiations.

A Trump recognition of Jerusalem as Israel's capital would up-end Washington's traditional approach to the conflict. It was not immediately clear what Trump could hope to gain from such a step, while downsides include alienating crucial Arab allies, from Saudi Arabia to Jordan.

On Tuesday, warnings against such a possible U.S. move were pouring in from across the region.

Ahmed Aboul-Gheit, the head of the Arab League, urged the United States to reconsider. A possible recognition of Jerusalem as Israel's capital would be a "dangerous measure that would have repercussions" across the region, he said during a Cairo meeting of Arab League representatives gathered to discuss the issue.

Turkish President Recep Tayyip Erdogan told parliament that U.S. recognition of Jerusalem as Israel's capital was a "red line" and that his country's response "could go as far as us cutting diplomatic ties with Israel."

Israeli Education Minister Naftali Bennett played down the threat, saying that "at the end of the day it is better to have a united Jerusalem than Erdogan's sympathy."

In the West Bank, the diplomatic adviser of Palestinian President Mahmoud Abbas said recognition of Jerusalem as Israel's capital could destroy Washington's role as mediator between Israelis and Palestinians.

"If the Americans recognize Jerusalem as the capital of Israel, then this would mean they decided, on their own, to distance themselves from efforts to make peace and that they will have no credibility or role in this issue," Majdi Khaldi told The Associated Press in perhaps the most sharply worded comments yet by a Palestinian official.

"We will stop our contacts with them (in the event of recognition) because such a step goes against our existence and against the fate of our cause," Khaldi said. "It targets Muslims and Christians alike."

In a statement on the state-run Saudi Press Agency, the Foreign Ministry said Tuesday that the kingdom affirms the rights of Palestinian people regarding Jerusalem which it said "cannot be changed." The statement warned that this step would "provoke sentiments of Muslims throughout world."

On Monday, the Organization for Islamic Cooperation, which has 57 member states, said U.S. recognition of Jerusalem as Israel's capital would constitute "naked aggression" against the Muslim and Arab world.