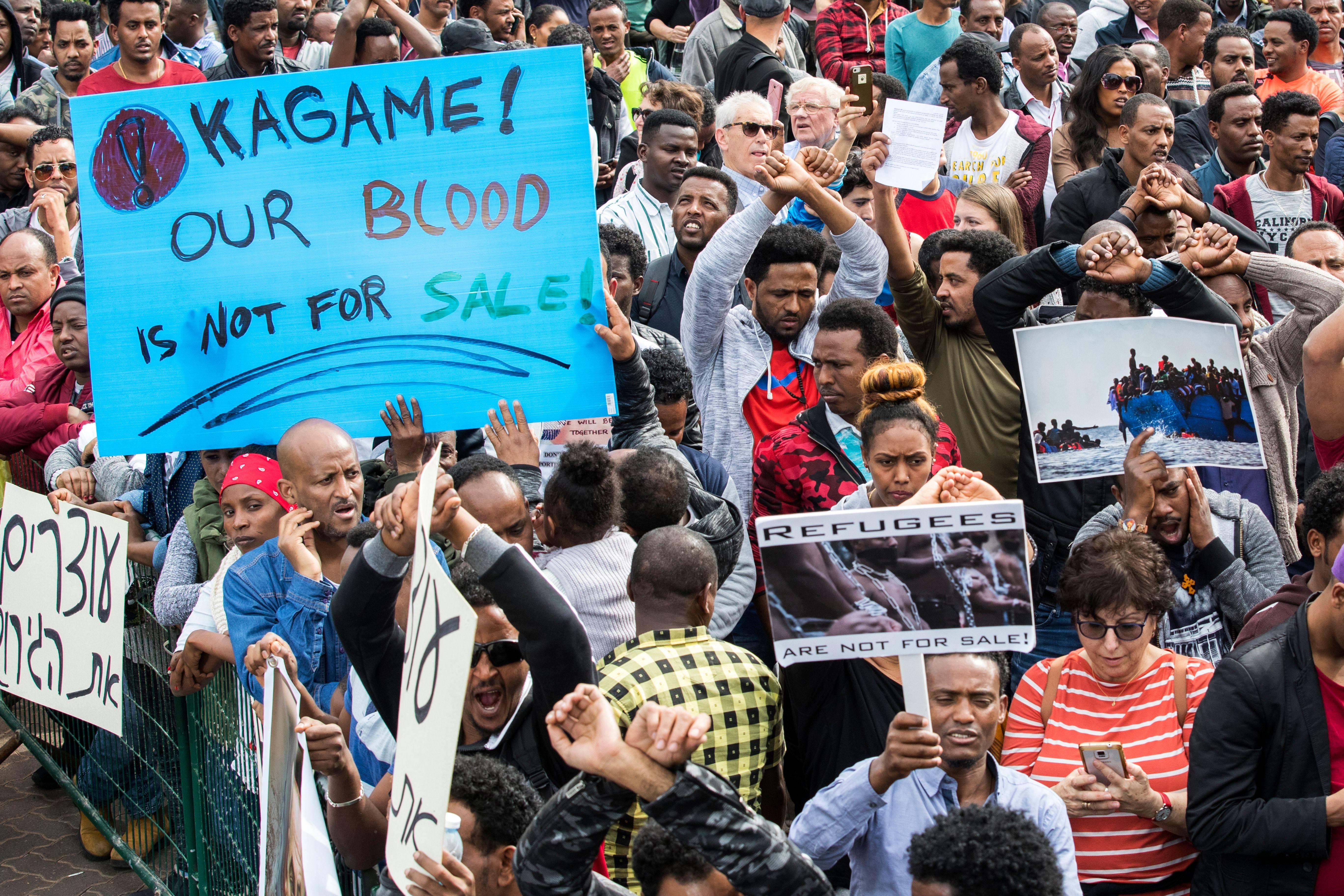 HERZLIYA, Israel -- Thousands of African asylum seekers are protesting an Israeli plan to deport them. The mostly Eritrean and Sudanese who illegally entered Israel will be expelled under the new plans.

The government has issued an ultimatum, telling them to leave the country by April 1 -- in exchange for $3,500 and a plane ticket -- or face indefinite incarceration.

As many of the migrants could be at risk of imprisonment if they returned to their home countries, Israel has offered to relocate them to an unspecified third country, known to be Rwanda.

Thousands of migrants gathered in front of the Rwandan Embassy in Tel Aviv on Wednesday and urged the country and its president, Paul Kagame, not to cooperate.

"Kagame - We are not for sale," said one banner. "Would you deport me if I was white?" said another, held by protesters with faces painted white.

According to official figures, there are over 40,000 African migrants in Israel, half of whom are women, children and men with families. These individuals are not facing the mandatory deportation. Israel says the vast majority are job seekers, reports French news agency AFP.

Migrants first started entering Israel in 2007, through what was then a porous border with Egypt. The border has since been bolstered, essentially ending illegal migration.

Many of the migrants secured manual work in Southern Tel Aviv and the emerging community angered some Israelis.

However, the deportation plan has drawn criticism from the United Nations, as well as some Israelis. Holocaust survivors in particular say that due to their history, the country has a special responsibility to protect migrants.