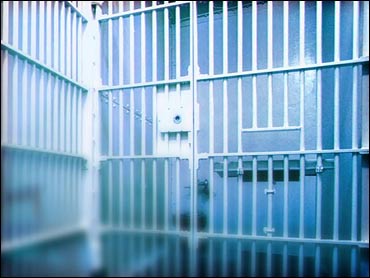 This column was written by Stephen Schwartz.

Radical Muslim chaplains, trained in a foreign ideology, certified in foreign-financed schools and acting in coordination to impose an extremist agenda have gained a monopoly over Islamic religious activities in American state, federal, and city prisons and jails.

Soon after September 11, 2001, I and a group of individuals with whom I have worked first began consultations on the problem of radical Islam in prison. We identified change in the prisons as a leading item in the agenda of our nation in defeating the terrorist enemy. Some of us had received letters from American Muslim prison inmates complaining that radical chaplains had harassed and otherwise subjected moderate Muslims in prison to humiliation, discrimination, confiscation of moderate Islamic literature, and even physical threats.

Muslim chaplains have established an Islamic radical regime over Muslim convicts in the American prisons; imagine each prison Islamic community as a little Saudi kingdom behind prison walls, without the amenities. They have effectively induced American authorities to establish a form of "state Islam" or "government-certified Islam" in correctional systems.

The federal, state, and city jails in America have allowed the seizure of a privileged position for missionaries of Wahhabism, the state religious sect in Saudi Arabia. Wahhabism teaches hatred of all non-Wahhabi Muslims, especially Shia Muslims and the spiritual Muslims known as Sufis.

Wahhabis serve as chaplains at all levels of incarceration in America. They are mainly certified and trained as religious officials by two groups: The Islamic Society of North America (ISNA) and the Graduate School of Islamic and Social Sciences (GSISS), which moved to Ashburn, Virginia, after renaming itself Cordoba University in 2005.

Both ISNA and GSISS represent forms of radical Islam aligned with Wahhabism, and both are currently under federal investigation for ties to terrorism.

Warith Deen Umar is the former chief Muslim chaplain in the New York State Department of Correctional Services (DOCS). Born Wallace Gene Marks, Umar — now 61 — was once an adherent of the Nation of Islam, with the alias Wallace 10X. (NOI is not considered an authentic expression of the Islamic faith by normal Muslims.)

Umar began his activities as a prison chaplain in 1975. New York Gov. George Pataki barred Umar from prisons in 2003, after the Wall Street Journal reported that Umar had expressed support for the 9/11 terrorists — even stating that Muslims "who say they are against terrorism secretly admire and applaud" bin Laden's mass murderers. (According to Umar, the Koran does not forbid terrorism even against the innocent. "This is the sort of teaching they don't want in prison," he said. "But this is what I'm doing.")

But after dismissing Umar, the state of New York failed to take further action about the clique of radical clerics he had installed during the more than 25 years he worked in the prison system. Imam Salahuddin Muhammad, the chaplain at Fishkill Correctional Facility in Beacon, N.Y., was one of the men hired by Umar.

In complaints brought by Shia convicts, Salahuddin Muhammad was alleged to have referred to Shia prisoners as "infiltrators and snitches" during his Friday sermons. He is also one of many prison chaplains who have circulated an anti-Shia pamphlet produced by Wahhabis, titled "The Difference Between the Shiites and the Majority of Muslim Scholars." (This document was published by the World Assembly of Muslim Youth, an official Saudi agency.)

There are other troubling characters working the prison system. In March 2006, Umar Abdul-Jalil, executive director of ministerial services and chief Islamic chaplain in the New York City Department of Corrections, was reported to have said in a speech that the "greatest terrorists in the world occupy the White House," that Jews control the media, and that Muslims are being tortured in Manhattan jails. Abdul-Jalil ministers to Muslim inmates at one of New York's most dangerous jails, Rikers Island. New York mayor Michael Bloomberg, on free speech grounds, refused to dismiss him.

A month before the Abdul-Jalil incident, Marwan Othman el-Hindi, a Jordanian-born American citizen, was one of the three individuals indicted in Ohio. In that case, Mohammed Zaki Amawi, a dual Jordanian-American citizen, and El-Hindi (along with a Lebanese immigrant) were charged with recruiting terrorists to fight in Iraq. El-Hindi had previously served as imam at the Toledo Correctional Institution.

Saudi Wahhabi organizations recognized that the growth of normative Islam (as opposed to groups like the Nation of Islam) offered an extraordinary opportunity for the infiltration of radical ideology. In the United States, this normative base lacked a communal or institutional structure. So imams were imported to America, many from, or after training in, Saudi Arabia.

Wahhabi radicals and their apologists claim that there is only one Islam, and it is represented by Wahhabism; that Wahhabism is a reforming movement comparable to Unitarianism in Christianity; and that, of course, Saudi Arabia is an ally of the United States and a target of al Qaeda. In dealing with this phenomenon, American judicial and correctional authorities lacked the legal and educational expertise to distinguish between radical and moderate forms of Islam.

The solution is simpler than it might seem: Identify those chaplains who follow and preach Wahhabism and remove them. Moderate Muslim scholars can easily supply a new group of chaplains to cover the gap until a suitable program for training and certification, including a standard curriculum for chaplaincies, emphasizing rehabilitation and good citizenship, is in place.

Stephen Schwartz is author of "The Two Faces of Islam." This essay is adapted from remarks given to the I-95 Domestic Security Preparedness Conference on April 12, 2006.