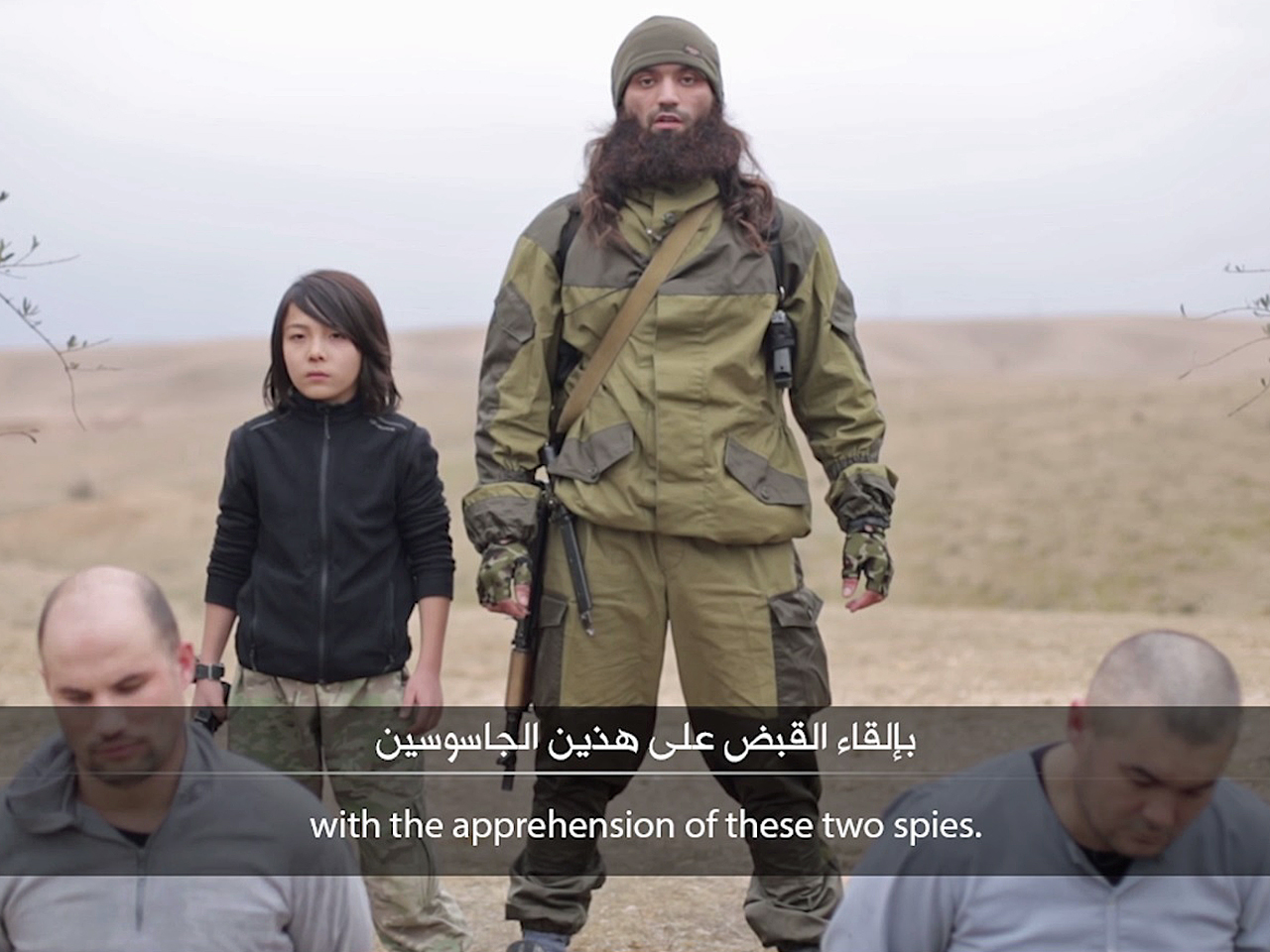 LONDON -- A video released Tuesday by the Islamic State of Iraq and Syria (ISIS) shows the apparent execution of two men, accused of being spies for Russia, at the hands of a young boy.

The seven-and-a-half-minute long video was released by ISIS' multi-lingual production wing, al-Hayat, and begins with long television news-style interviews with both men, who confess to being spies against ISIS and working in both Syria and Turkey.

The men, who speak Russian in the interviews, are identified by name as agents of Russia's premier spy agency, the FSB. One of them tells the interviewer he was under orders to try and assassinate an ISIS leader, but the name of the ISIS figure in question is edited out of the video.

After what appears to be a scripted warning to others "who want to come here and spy" to "repent to Allah now before it's too late," the setting in the video changes to an outdoor location where the men are seen kneeling with their backs to a bearded militant whom CBS News could not identify and a boy, who appeared to be less than 15 years old.

Both the adult jihadist and the boy appear to be of Asian descent. The man recites Quranic verse before saying: "Allah has gifted the Islamic State's security agency with the apprehension of these two spies."

He says the men are "now in the custody of the lion cubs of Khilafah," before prompting the boy to go ahead with the apparent execution with a pat on the shoulder.

The video, which is heavily edited and includes English subtitles throughout, then appears to show the boy shoot both men in the back of the head.

No blood can be seen on the bodies in the final shots of the purported execution sequence, and the video then transitions to a clip from an older video, released in Nov. 2014, in which the same boy is seen expressing aspirations to one day become a "mujahid."

The older video shows the boy with other purported newcomers to ISIS territory, including many women and other children. The November video includes images from an ISIS religious school, where kids as young as six or seven are seen being groomed to become future militants for the group.

CBS News cannot independently verify the authenticity of the video released by ISIS, nor the identity of the men seen in it. CBS News was seeking comment from officials in Moscow.

In the meantime, Russian news agency RIA Novosti said a representative of the FSB told them it "does not comment on the publication of the video executions allegedly of their agents by the members of the 'Islamic state.'"

ISIS has executed scores of people in territory seized on both sides of the Iraq-Syria border, including American and European journalists and aid workers, rival militia members and soldiers from both nations' armies.