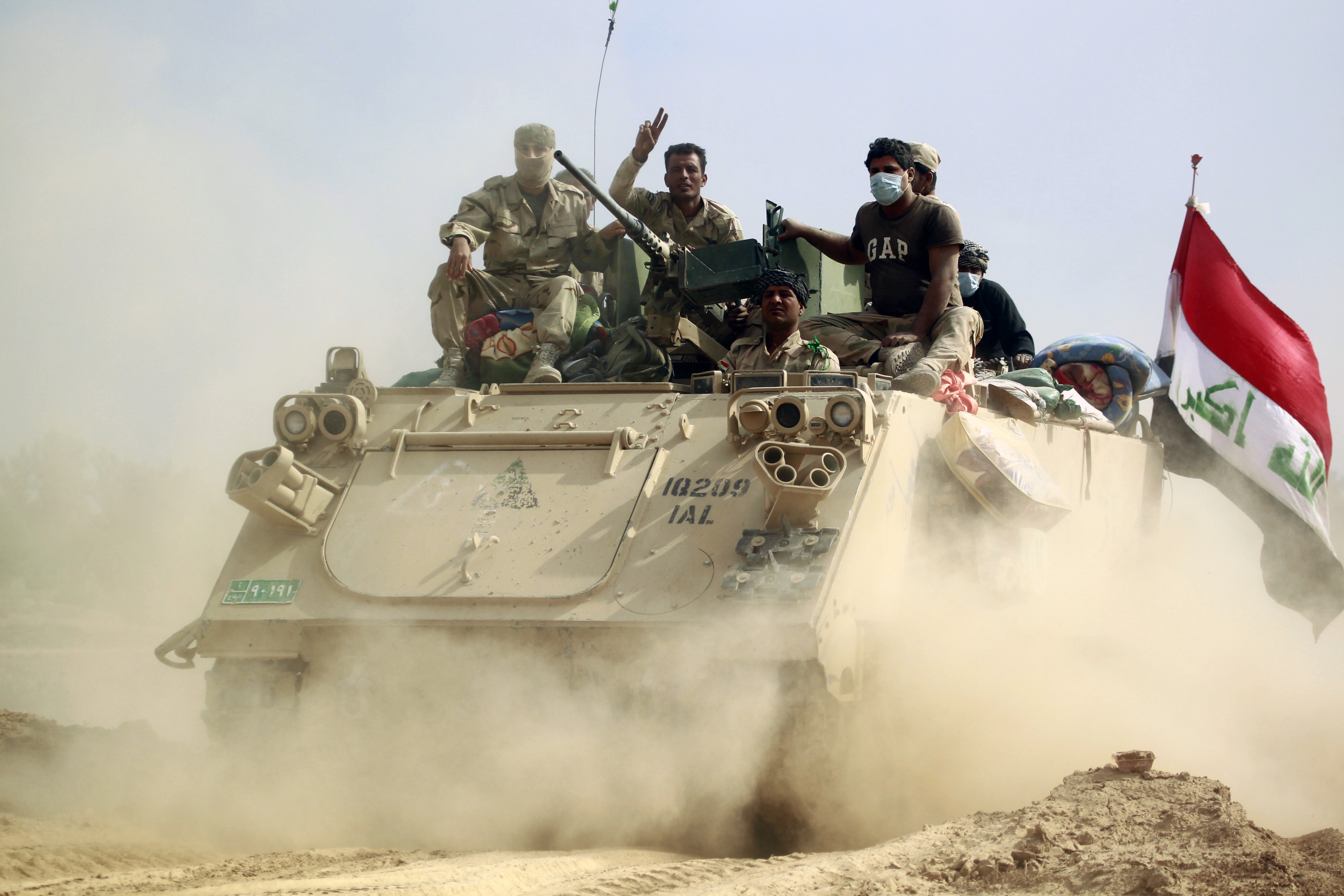 The shooting happened late Friday in the village of Ras al-Maa, north of the provincial capital of Ramadi, Anbar councilman Faleh al-Issawi said.

Militants accused the men and women of the Al Bu Nimr tribe of retaliating against them after being displaced from their homes when the group seized the Anbar town of Hit last month, al-Issawi said.

"These killings are taking place almost on a daily basis now in the areas under the control of the Islamic State group and they will continue unless this terrorist group is stopped," al-Issawi told The Associated Press.

An official in the Anbar governor's office confirmed the death toll. He spoke on condition of anonymity as he is not authorized to brief journalists.

On Thursday, authorities found the bodies of 48 Sunni tribesmen killed by ISIS in Anbar.

The militant Islamist group has overrun a large part of Anbar province in its push to expand its territory, which currently stands at about one-third of both Iraq and Syria.

Officials with the Iraqi government, as well as officials with the U.S.-led coalition targeting the extremists, repeatedly have said that Iraqi tribes are key elements in the fight against the ISIS since they are able to penetrate areas inaccessible to airstrikes and ground forces.

Also Saturday, the United Nations mission in Baghdad said that at least 1,273 Iraqis were killed in violence in October, a slight increase compared to last month amid the ISIS assault.

The worst-hit city was Baghdad, with 379 civilians killed, the report said.

The figures do not take into account causalities in Anbar province or other militant-held parts of Iraq.

The U.N. has said September's death toll was 1,119 Iraqis killed.

On Friday, the Security Council issued a statement expressing "deep outrage" at the ISIS killings, kidnapping, rapes and torture in Iraq, saying the group's actions "may constitute war crimes and crimes against humanity."

On Saturday afternoon, a car bomb exploded near an outdoor market in the town of Youssifiyah, just south of Baghdad, killing 12 people and wounding 25 others, police said.

In eastern Baghdad, a bomb blast near a tent erected to serve Shiite pilgrims heading to the holy city of Karbala to mark the religious holiday of Ashoura, killing eight people and wounding 22 others.

Ashoura commemorates the seventh-century death of Imam Hussein, a grandson of the prophet Muhammad, and an iconic martyr among Shiite Muslims.

Later on, police said a suicide bomber drove his explosives-laden car into a police checkpoint in Baghdad's southern district of Dora, killing six policemen and six civilians. At least 35 people were wounded in the attack.

Medics in nearby hospitals confirmed the casualties from the attacks. All officials spoke on condition of anonymity because they were not authorized to speak to the media.