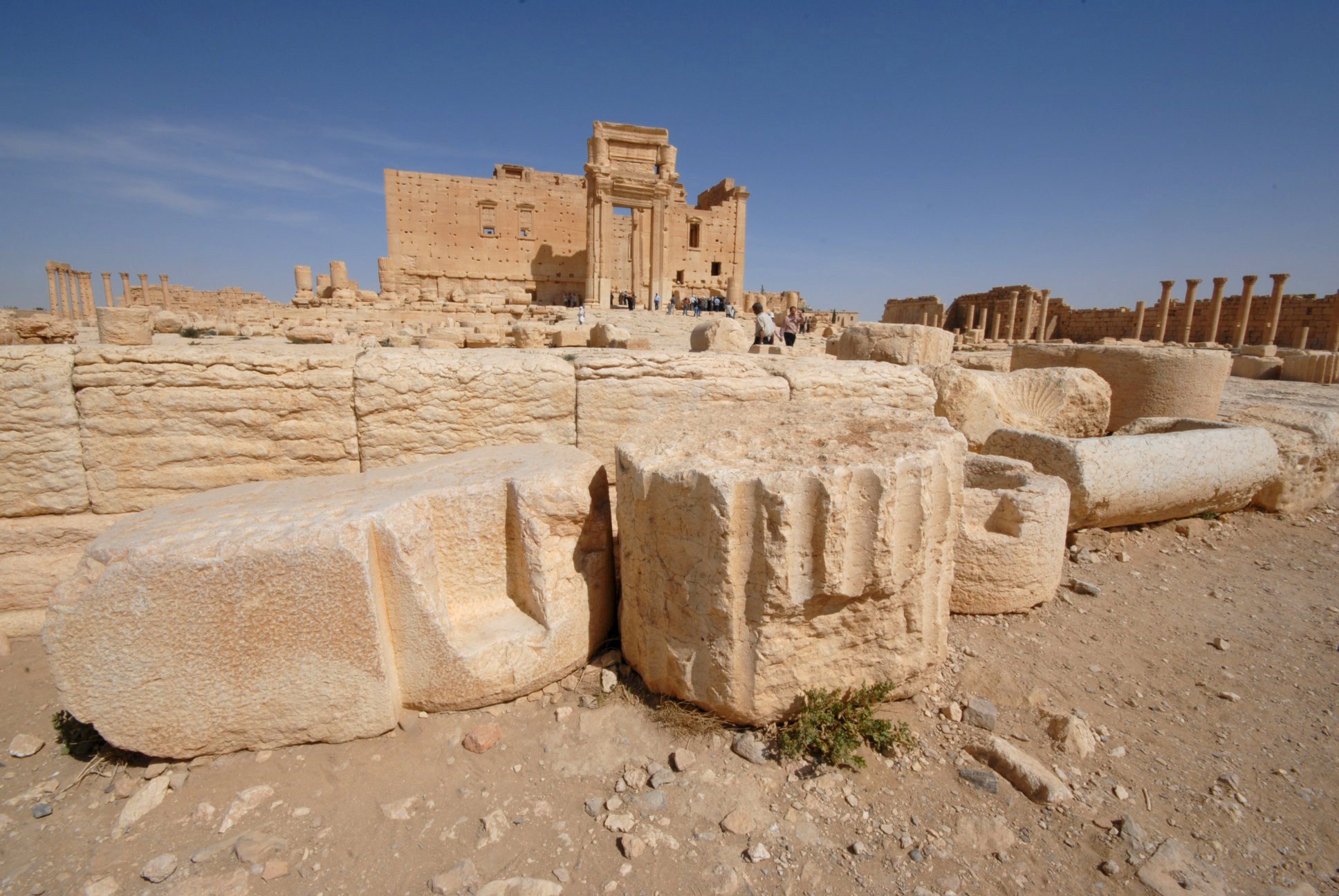 DAMASCUS, Syria -- A Syrian official in charge of antiquities said Monday his government had not been able to determine how much damage an explosion near the Temple of Bel caused the ancient structure in the militant-controlled city of Palmyra.

Activists, including a Palmyra resident, said an Islamic State of Iraq and Syria (ISIS) bombing extensively damaged the 2,000-year old temple Sunday. The resident described a massive explosion, adding that he saw pictures of the damage but could not get near the site.

Maamoun Abdulkarim, the head of the Antiquities and Museums Department in Damascus, said that "undoubtedly" a large explosion took place near the temple, which lies in a sprawling Roman-era complex. But he said the extent of the damage remains unclear.

"People talked about one explosion or more in the yard of the temple, but we cannot confirm the damage," Mohammad Nazir Awad, head of the Antique Buildings Department, told CBS News George Baghdadi. "We are still waiting for documents and pictures to assess the damage and what exactly happened."

Awad held the international community responsibility for all the losses of historically significant ruins in Syria, saying they "should come up with an immediate plan to stop and prevent all devastation and destruction of Unesco ruins."

An ISIS operative told The Associated Press over Skype on Monday that the temple had been destroyed, without elaborating. He spoke on condition of anonymity because members of the group are not allowed to speak to journalists.

Residents in Palmyra told the official Syrian state news agency that ISIS militants destroyed large parts of the temple and booby trapped other parts of it, expressing concern that they plan to destroy the rest soon.

The extremists destroyed the smaller Temple of Baalshamin in the complex last week, and posted images of the destruction days later.

Amr al-Azm, a former Syrian government antiquities official who now is a professor at Shawnee State University in Ohio, said he believed a very large amount of explosives was used and the damage to the Temple of Bel was likely extensive. However, he cautioned that information remained scarce.

"This is the most devastating act yet in my opinion. It truly demonstrates ISIS's ability to act with impunity and the impotence of the international community to stop them," al-Azm said.

The temple, dating back to 32 AD, shows a unique merging of ancient Near Eastern and Greco-Roman architecture. It is dedicated to the Semitic god Bel and is considered one of the most important religious buildings of the first century. The temple consists of a central shrine within a colonnaded courtyard with a large gateway, and lies within a complex that has other ruins, including an amphitheater and some tombs.

Palmyra was one of the important markets and caravan cities of the Roman Empire, linking it to India, China and Persia -- something reflected in the city's arts and architecture.