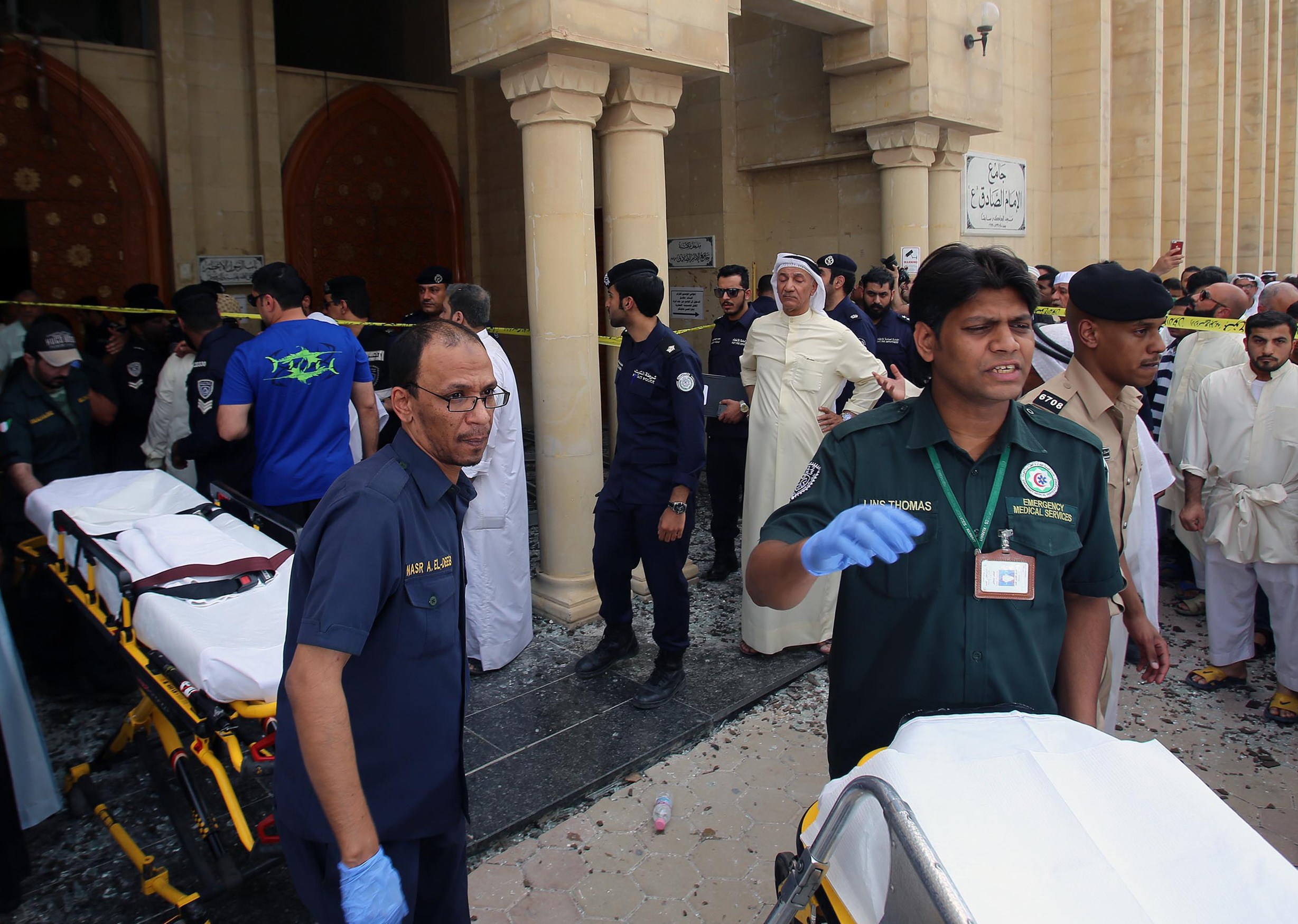 KUWAIT CITY -- A deadly explosion ripped through a Shiite mosque in a busy neighborhood of Kuwait's capital after Friday prayers, witnesses said.

The Islamic State in Iraq and Syria (ISIS) has claimed responsibility for the attack, which Kuwait's Interior Ministry said killed at least 27 people and wounded 227.

Mohammed al-Faili, 32, told The Associated Press that his 70 year-old father was killed in what appeared to be a bombing attack. Two of his brothers were also wounded by the explosion. Speaking to the AP by telephone, he said he was not at the mosque at the time of the explosion but was heading to the morgue to identify his father's body.

The official Kuwait News Agency reported that an explosion struck the Imam Sadiq Mosque, which is located in the neighborhood of al-Sawabir, a residential and shopping district of Kuwait City.

Police formed a cordon around the mosque's complex immediately after the explosion, banning people from entering or gathering near the area. Ambulances could be seen ferrying the wounded from the site.

Abdullah al-Saffar, who was at the mosque, said the explosion took place just after midday Friday prayers.

Another witness, Ahmed al-Shawaf, said he heard a man interrupt prayer by shouting "Allahu Akbar," or "God is Great" in Arabic, several times. The man then he yelled out something about joining the Prophet Muhammad for iftar, the dusk meal with which Muslims break their daytime fasting during the holy month of Ramadan, which started last week. Then, the blast came, al-Shawaf said.

Friday midday prayers are typically the most crowded of the week, and attendance increases during the holy Muslim month of Ramadan.

The bombing happened at about the same time a gunman opened fire on beachgoers in the Tunisian resort city of Sousse, killing 39, mostly European and an attack on a U.S.-owned factory in France that included a beheading. It was unclear if the violence was linked but it came days after ISIS militants urged their followers "to make Ramadan a month of calamities for the nonbelievers." In all, at least 67 people were killed.