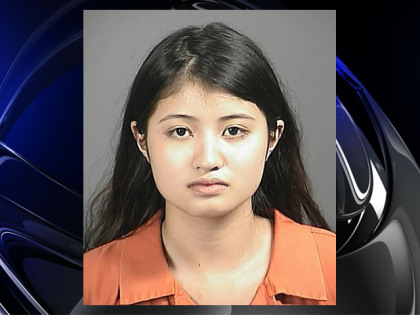 Court documents say Guzman's mother, Yun Mi Hoy, was stabbed dozens of times in the face and dozens more times in the torso in her Aurora home on Wednesday night, according to the station.

Guzman was ordered Friday morning to be held without bond at the Arapahoe County Jail. Police captured her on Thursday afternoon near a parking garage in Aurora after a 12-hour manhunt.

The station reports police had been called to the same residence earlier Wednesday. A witness told CBS Denver a young, tall brunette woman was outside the home earlier in the day with a baseball bat and that she broke a car window. It is unclear if that young woman was Isabella.

Robert Guzman, Isabella's father and Hoy's ex-husband, said he got a call earlier in the day Wednesday from Hoy indicating trouble between her and their daughter. He said things had been tense between the two for some time.

"She was really scared, so I told her that yeah I would go talk to Isabella just to try to make things better," said Guzman. "I still can't believe that this happened."

Investigators reportedly remained at the crime scene Friday and said they could be there for several more days analyzing evidence.

Complete coverage of the Isabella Guzman case on Crimesider