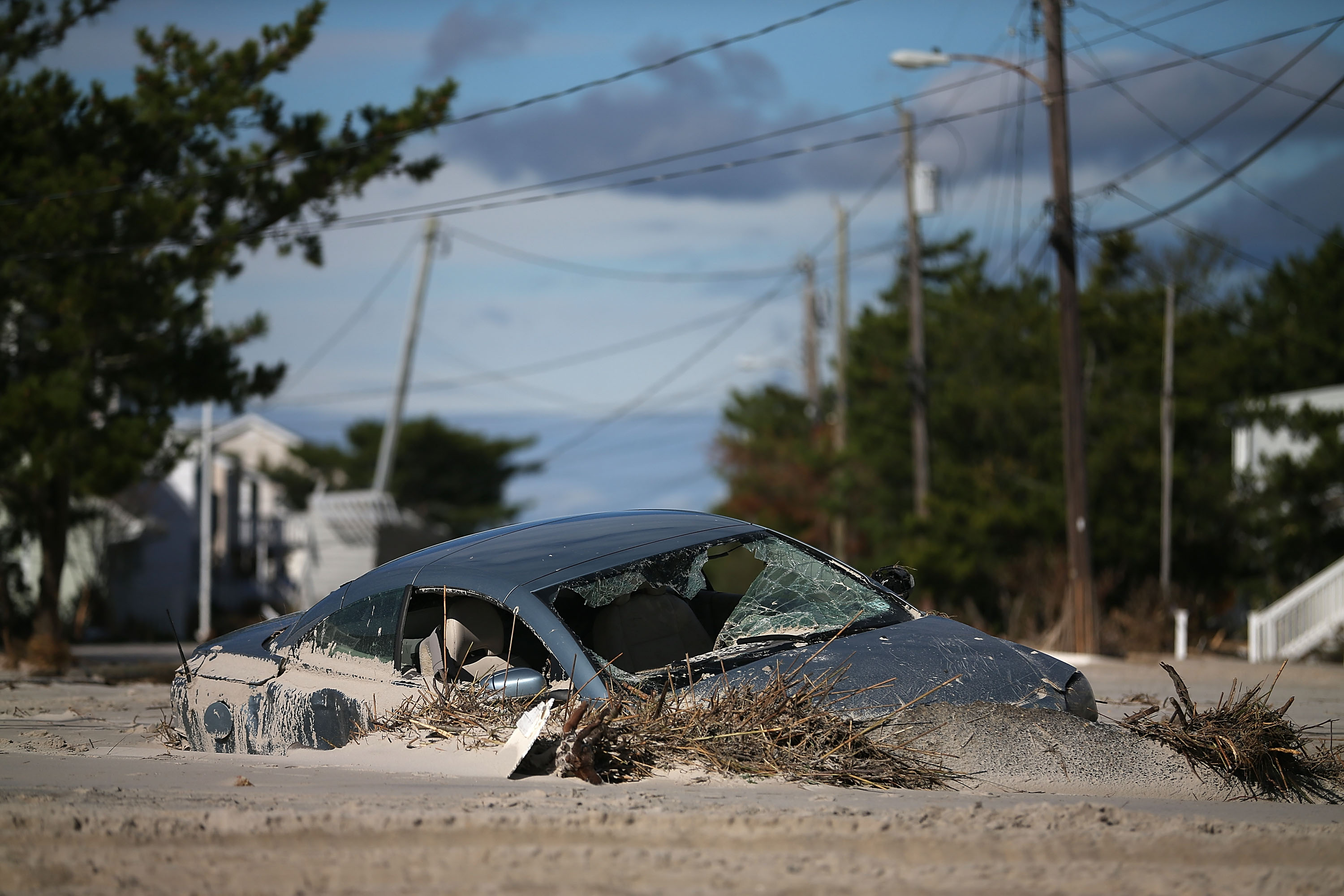 (CBS News) Superstorm Sandy is restarting an old debate over climate change, and its effect on the weather.

Professor Michio Kaku, of the City University of New York, is a world-renowned theoretical physicist and a climate change expert. Kaku's book "Physics of the Future" was a New York Times best-seller.

Kaku said water levels should also be considered. He said, "Sea levels have risen a foot in a century and that means that storm surges could become much more ferocious."

The term "global warming," according to Kaku, is a misnomer. "It's not really a uniform warming of the Earth," he said. "It's global swings. In other words, the weather on steroids. So think of 100-year forest fires, 100-year droughts, 100-year floods, 100-year hurricanes. That could be a new way of life in the future because there's more energy circulating in the atmosphere."

As for Sandy in particular, Kaku said the storm was caused by the collision of large air masses that created something we haven't seen before. He said, "We had a normal hurricane that collided with the jet stream -- which normally goes maybe to Kansas -- it went all the way down to Florida. And so the irregularity of cold air from the Arctic and warm air from the Caribbean area -- hotter than normal -- the collision of those two morphed into an animal we've never seen before. This hybrid storm, which then became the hurricane from hell."

"We could be seeing a new way of life," Kaku said. "We may have to get used to the fact that glaciers are receding, that the North Polar region is shrinking and thinning, that summers are getting longer, and that tropical diseases are spreading north, that we could have more energized storms by the warming of the Caribbean and the Gulf."

Asked about the politicization of the issue, Kaku said, "Whether you're for Romney or Obama, I think it should be on the national agenda. This is an issue of national importance. There could be other hurricanes waiting to happen. We don't need another monster hurricane."

Turning toward preparation -- and asked if the U.S. could actually prepare for another superstorm like Sandy -- Kaku said in the short-term we should start to think about sea walls that European cities, such as London and Venice, already are moving to employ. In the long-term, he suggested thinking about renewable energy sources and driving down costs.

Kaku said he has changed his mind in respect to climate change. He said, "I used to be a skeptic. I used to say, 'Come on. The Earth is so big. We are so small.' But then you look at the indicators. The fact that all the glaciers are receding. We have wacky weather. We have 100-year storms that are now the new-norm. We have to realize the trends are all in one direction. There's not trend in the other direction. All trends are in the direction of the heating of the Earth, the energizing of the atmosphere, which provides the energy of the hurricanes."

Asked about other scientists and their opinions on this issue, Kaku said it's "near unanimous." He said, "You have to hunt very carefully for any kind of skeptic. Most of the skeptics, just like myself, have changed their opinion and now realize it's a real, tangible effect. We are completing the dots. Even thought there is no 'Aha' moment where you can say this one storm is caused by global warming."

For Kaku's full "CTM" interview, watch the video above.