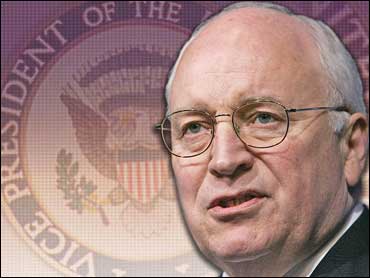 
Back in January, just before the U.S. Attorney scandal began to rock his happy little world, Attorney General Alberto R. Gonzales was formally asked to answer a very simple question from the folks at the National Archives' Information Security Oversight Office: Is the Office of the Vice President an "entity within the executive branch" subject to a presidential executive order designed to safeguard classified national security information.

I think I know the answer to the question. I think you do, too. In fact, I think most any fifth grader does as well. But six months later, the nation's top lawyer still hasn't mustered up a response. This delay and the ambiguity it has fostered is important because the Office of the Vice President — the same folks who brought us the leak of the secret identity of CIA agent Valerie Plame Wilson — has taken unto itself the authority to declare as a formal legal position that it is not part of the executive branch and thus does not have to let the National Archives' folks do whatever it is they do to comply with Executive Order 12958.

That's a detailed Clinton-era (and Bush-endorsed) presidential directive that gives the Information Security Oversight Office the authority to inspect federal agencies and offices to ensure that national security secrets stay as secret as they can stay given the circumstances. Now, you might think that I. Lewis "Scooter" Libby's former workplace — a virtual sieve, if you believe the testimony at his perjury and obstruction of justice trial — might be particularly sensitive about cooperating with such a review. And you might think that the super-secret Vice President Dick Cheney would embrace a program that is designed to ensure secrecy. But if you thought that you would be wrong.

In 2004, the ISOO inspectors came to inspect the Office of the Vice President. No dice, said Cheney's tribunes. They blocked the inspection. Then, when the National Archives folks complained, first to the vice president's office and then later to Gonzales, Cheney and Company pushed to have the ISOO simply removed from the language of the Executive Order and eliminated from the government bureaucracy altogether. In other words, rather than comply with the directive, the vice president's office tried to simply eliminate the entity that was seeking to enforce it. That'd be like the president trying to eliminate the IRS because he doesn't want to pay taxes.

Perhaps it is too much to expect the hapless attorney general to do anything about this form of lawfare by a bunch of arrogant zealots in a rogue office within the executive branch. After all, in 2002, it was Gonzales, then acting as White House counsel, who kowtowed to some of those very same people when the administration sought (and ultimately received) his blessing to alter our nation's rules about torture. The Justice Department is in turmoil as a result of the prosecutor purge, the attorney general himself has been focused upon trying to save his own skin, and it normally takes months anyway for these sorts of legal analyses to be completed even when the focus is not an angry Office of the Vice President.

So the National Archives has as much chance of getting Justice to ride to the rescue here as you or I have in getting our passports on time. And that leaves us looking to the other two branches of government for help. The dispute has not yet reached federal court and may never get there, thanks to the political nature of the fight. After all, these are all Republicans going after one another and since executive orders are so malleable, you don't see them directly enforced in court anyway. Congress? The lawmakers, at least some of them, are trying.

The Oversight Committee of the House of Representatives Thursday tried to remind us all that this problem has been around for years and doesn't appear to be getting any closer to any sort of resolution. Committee chairman Henry A. Waxman (D.-Calif) sent an open letter to the vice president in which Waxman asked the most powerful vice president in American history to answer a long list of questions about the way in which Cheney's office has handled the affair. All I can say about the letter, and the response I expect from it, is this: good thing Waxman wasn't on a hunting trip with the vice president when the letter was delivered.

I am not an expert in the scope and depth of executive orders. But I don't think you need to be a constitutional scholar to conclude that the Office of the Vice President would be among those federal executive offices contemplated for inclusion in Order No. 12958. Otherwise, there would be no practical oversight over Cheney's office when it comes to the protection of national security information. And surely we know from our past recent history that this cannot be a good idea.

What's appalling is not that the Office of the Vice President would make this claim — why should we expect anything more from these folks given their long, rich history of blowing off their own accountability to the public and other parts of the government? What's appalling is that three years after the National Archives' folks first tried to do their job, they still haven't been allowed in, and there is no real glimmer of hope that they ever will be. This is not how a democratic government is supposed to work, and any fifth grader will probably be able to tell you that, too.