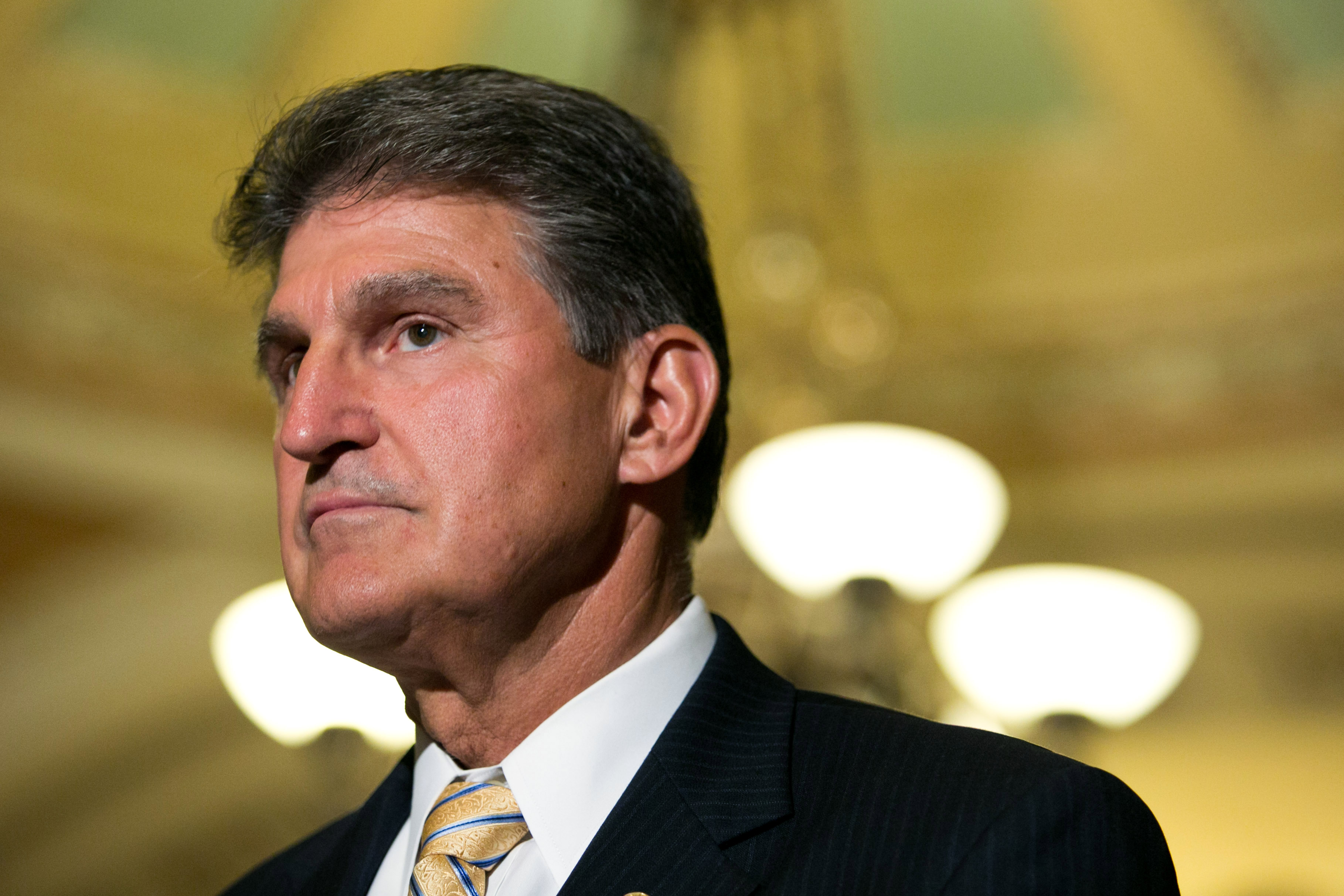 On the spectrum of hypothetical 2016 presidential candidacies, the @DraftJoeManchin Twitter movement, if you can call it that, is the elephant in the room of dark horses.

"Fiscally responsible and socially compassionate", as he so often describes himself, Sen. Joe Manchin, D-W.V., is about as centrist as a senator can get. A selling point in the 2016 general election, perhaps, but not exactly a great message in a Democratic primary contest in which candidates usually appeal to the passionate left wing of their party.

"My first response was to type in 'hahaha,'" Neil Sroka, the communications director at the liberal group Democracy for America, said when asked about the possibility of Manchin seeking the Democratic nomination.

"Maybe in the early '90s he might have had a chance. Maybe, but you know, right now the Elizabeth Warren wing of the party is ascendant. And it's one where progressives are gathering more and more force. Manchin is no Elizabeth Warren."

But at a time when Republicans and Democrats are more divided along ideological lines than at any other point in the last two decades, could there be room for a rifle-brandishing moderate in a Democratic primary?

The received wisdom in Washington is that Hillary Clinton, if she decides to run, would clog the "moderate" lane -- and most lanes -- of the Democratic nomination contest. But Mike Weber sees an opening.

"We've been deeply polarized as a nation," Weber, the New Mexico politico behind @DraftJoeManchin, told CBS News. "We can only be unified long-term as a nation again by a centrist president."

Weber started the Twitter account and its correlating 26 state-based draft pages after listening to Clinton's NPR interview with Terry Gross, in which the notoriously cautious former secretary of state bristled under tough questioning about her evolving position on same-sex marriage. Weber called the interview "obnoxious."

If Clinton takes a pass on 2016, however, Manchin might see that opening. Still, his centrist positions would glaringly contrast those of Warren, the liberal freshman senator from Massachusetts and the subject of her own presidential draft movement.

Manchin's supporters, though, point to his ability to use his policy differences as a means to facilitate conversation. It's earned him the reputation for being a dealmaker and the Senate's closest thing to a gridlock breaker. In fact, in 2013, Manchin reached across the aisle more than any Senate Democrat: of the 168 bills he co-sponsored, 43.5 percent of them were introduced by Republicans.

"Manchin would make a great president," said Mark McKinnon, the Republican media strategist who co-founded No Labels, an organization devoted to "problem solving and consensus building."

"He's the model of what we need in leadership today."

"Unfortunately, what makes him a great general election candidate would likely make it very difficult for him to survive a primary. Which of course is another problem in our politics today," McKinnon told CBS News.

Sen. Charles Schumer, D-N.Y., a frequent guest on Manchin's bipartisan evening cruises that he hosts on his boat, blames on the party primary system as one reason why the Congress is on track to be the least productive Congress in history; he paints the path of a centrist as a dead end.

Recent Democratic presidential primary history isn't on Manchin's side: since 1972, with the exception of Bill Clinton, Democrats have generally shunned moderates when picking their nominees in a wide-open primary not involving an incumbent president or vice president.

Candidates like Gary Hart, Joe Lieberman and Hillary Clinton are among the high-profile candidates who failed against an eventual nominee that leaned more to the left.

But even in states that aren't traditionally liberal, Dick Harpootlian, the former South Carolina Democratic Party Chairman, argued that a centrist Democrat would have trouble.

"The primary voter here is probably more moderate than anywhere else in the country," Harpootlian told CBS News. "We're not liberal down here, but I still think he'd have a tough time explaining his positions."

"I think there are plenty of places that he would do well," Harpootlian said. "But his position on coal and guns is not moderate. Both extreme."

So, with all the talk of a possible Manchin candidacy, what does Manchin think about the prospect? Well, he seems to be straddling the fence.

"I feel like I'm in a unique position to help our country become a better place for all Americans," Manchin said in a statement emailed to CBS News. "We will have to see what the future holds."

He was, however, more blunt in an interview with Charleston, W.V., CBS affiliate WOWK-TV last week.

"I'm not serious about running." Manchin said, adding that while he was very flattered, "on a national ticket, it would be a pretty far reach probably for me."