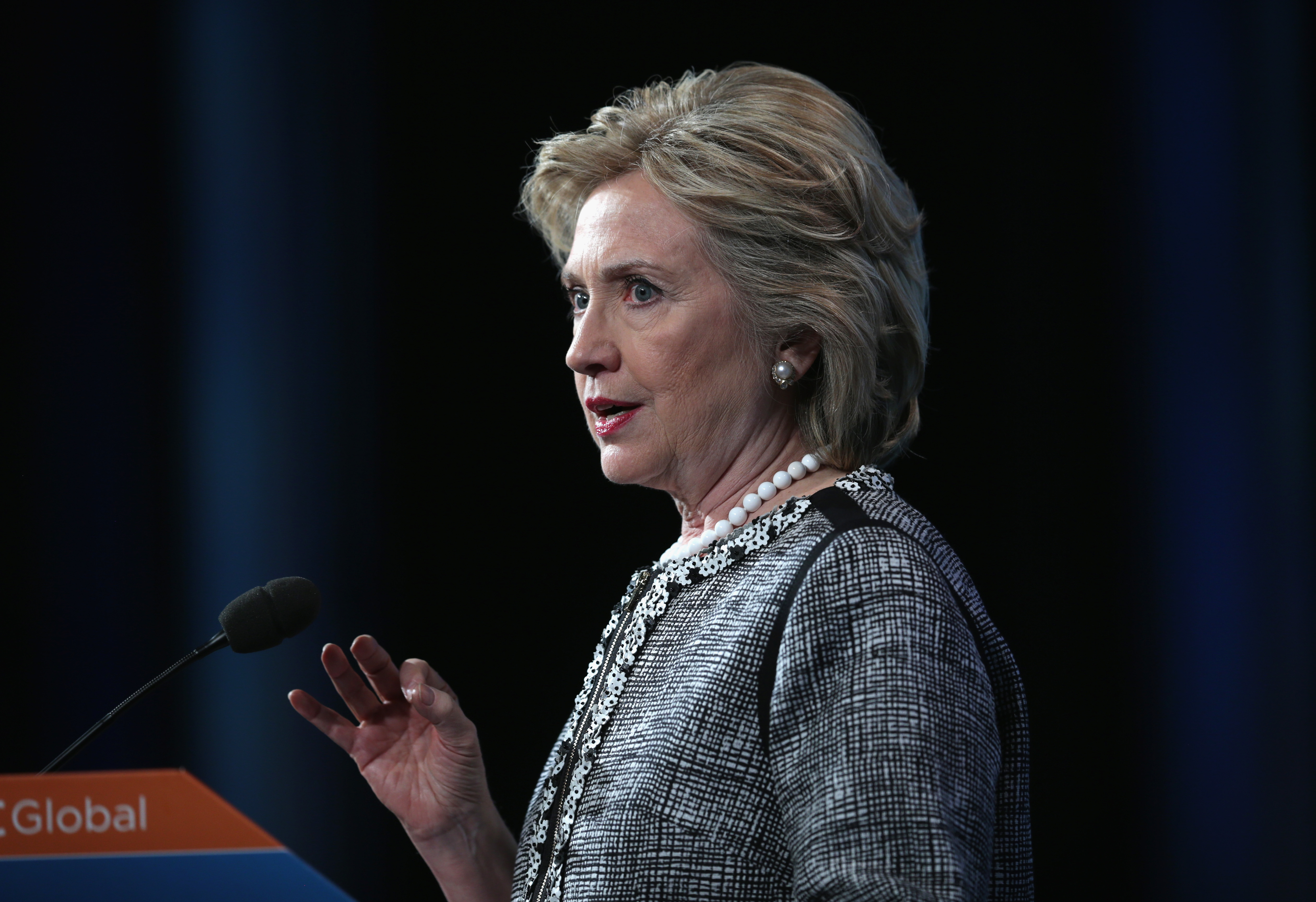 Hillary Clinton defended her evolution on the issue of gay marriage on Wednesday, impatiently telling an interviewer to stop "playing with my words" after she was pressed to explain her change of heart.

Clinton now supports the right of same-sex couples to wed, but that was not the case during her time as first lady, senator, and secretary of state. When NPR's Terry Gross chalked up her changing positions to political expediency, though, Clinton pushed back.

"I think you're reading it very wrong," she said. "Just because you're a politician doesn't mean you're not a thinking human being. You gather information, you think through positions, you're not one hundred percent set, thank goodness, you're constantly re-evaluating where you stand. That is true for me."

"One of my big problems right now is that too many people believe they have a direct line to the divine and they never want to change their mind about anything," she added.

Gross asked Clinton whether she was glad to see the Supreme Court strike down the Defense of Marriage Act -- a law signed by her husband, former President Bill Clinton, that barred the federal government from recognizing same-sex marriages.

"We are living at a time when this extraordinary change is occurring and I'm proud of our country," Clinton replied, but "that was not the case" during her president's stint in the White House. "I think that we have all evolved, and it's been one of the fastest, most sweeping transformations that I'm aware of," she said.

But after Gross pointed out that many people did support gay marriage during the 1990s, Clinton grew irritated.

"To be fair, Terry, not that many," she said. "Somebody is always out front and thank goodness they are. But that doesn't mean that those who join later -- in being publically supportive or even privately accepting that there needs to be change -- are any less committed."

Gross said she was merely trying to clarify Clinton's stance, but Clinton wasn't having it.