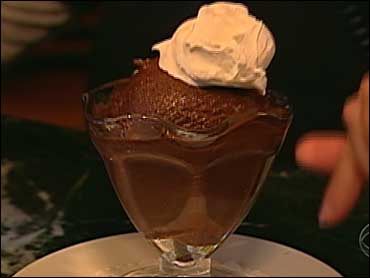 "I keep thinking it's going to cut to us, you know, it's finally hit us," said Payson.

"Thursday, Friday and then Saturday, it's a madhouse," said Payson.

"You're getting a real escape for not a lot of money," said Josepher. "I think in this environment it's working."

Case in point: graphic designer Aaron Taylor-Waldman, who got laid off six months ago.

"I'm not going to lie, it's not the cheapest piece of cake in the neighborhood," said Taylor-Waldman. "But it's delicious."

Here and elsewhere in Candyland, business is sweet. Hershey's, Nestlé's and Mars all had increased sales in 2008. And Mars is launching its first new brand in 17 years, targeted for women.

At New York's Economy Candy, in anticipation of a slowdown, Jerry Cohen cut his inventory. But the crowds kept coming in.

"We had to put in a super order just to get the store filled up again," Cohen said.

It is history repeating itself, said Cohen's son Mitchell. When Economy opened in the 1930s it was a shoe store selling candy on the side.

"They started selling more candy over the counter than they were selling shoes," Mitchell Cohen said. "We became a candy store because of a recession and now we're doing great because of one again."

High-end chocolatiers like Jacques Torres are catering to a sweet tooth on a budget this Easter season by making more of his smaller chocolate bunnies.

"Decadence, pure decadence. Oh, these are good," Torres said while eating chocolate. "They will not buy big things like we used to see, but more of the small things,"

It's a little something to melt in your mouth, when the economy is melting down.