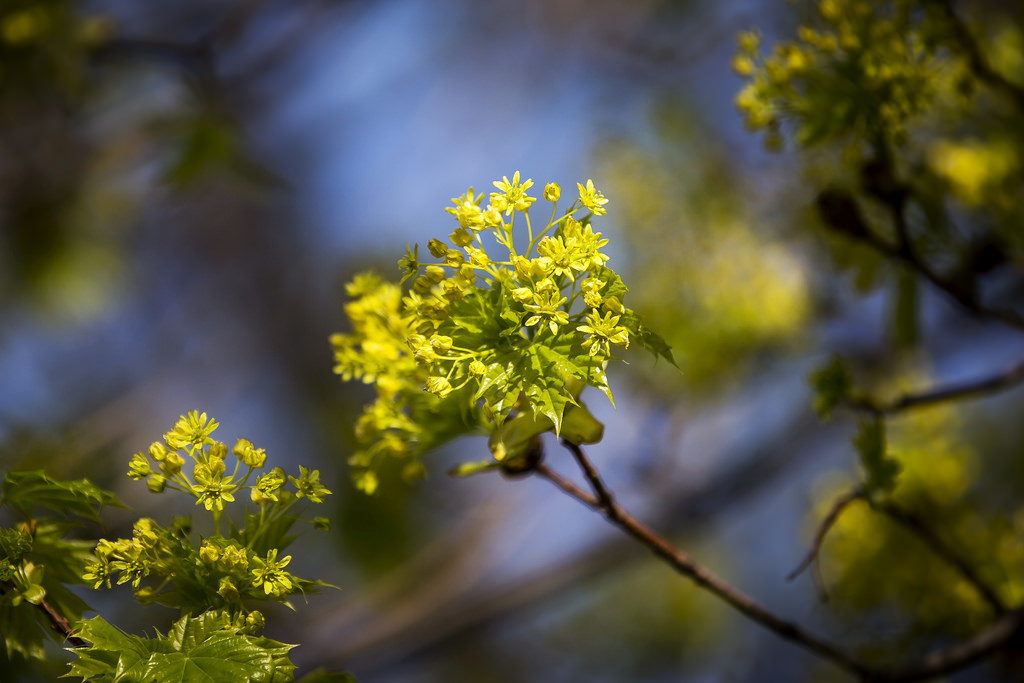 Anyone with allergies knows the pain that pollen can bring this time of year.

Now, researchers from the University of Michigan and Texas A&M suggest that these pesky particles could be playing a more productive role. Their study in Geophysical Research Letters, a journal of the American Geophysical Union, suggests pollen grains released by trees may make it rain.

The findings come as a surprise, given that pollen has largely been ignored in cloud formation in favor of manmade aerosols that cause pollution and have been blamed on rising temperatures related to global warming.

"The grains were thought to be too large to be important in the climate system, too large to form clouds or interact with the sun's radiation," Allison Steiner, an associate professor of atmospheric, oceanic and space sciences at the University of Michigan, and lead author of the new study, said. "And also the large particles don't last in the atmosphere. They tend to settle out relatively quickly."

It was already known that pollen would break into tiny particles whenever it comes in contact with water vapor. But Steiner said the new research found that these "tiny particles like to take up water and, because they can do that, they can act as seed particles for clouds."

The researchers tested pollen from known allergenic plants including oak, pecan, birch, cedar, pine trees and ragweed. They soaked two grams from the different pollens in pure water for an hour. Then, they used an atomizer to make a spray of the moist pollen fragments and sent the spray into a cloud-making chamber in the laboratory of Sarah Brooks, a professor of atmospheric science at Texas A&M and a co-author on the paper.

"Samples entering the cloud chamber are exposed to moist conditions representative of the relative humidity found in the atmosphere," Brooks said. "If a sample is an effective cloud activator, droplets will rapidly grow on the sample fragments, forming large cloud droplets."

The team found that nanometer-sized particles of all six types of pollen began to pull in moisture and form clouds. They all acted pretty much the same, which "told us that there are similar materials between these different types of pollen," Steiner said.

Her decision to look closer at pollen was inspired by the health care community.

Seasonal pollen allergies affect between 10 and 20 percent of Americans. There is a phenomenon called thunderstorm asthma, in which emergency rooms fill up with allergy sufferers after a heavy rain. One of the leading theories behind the unexplained trend is that somehow thunderstorms are breaking pollen particles into smaller pieces, causing more severe allergy symptoms.

"When we were looking in the allergy literature, we discovered that it's pretty well known that pollen can break up into these tiny pieces and trigger an allergic response," Steiner said.

She wondered if moisture in the air could be causing pollen to rupture, and whether that rupture might be doing more than making allergies worse.

The findings of her study showed how pollen can play a role in cloud formation, which raises new questions about how that might fit into the larger climate picture. For example, it's possible that there is a cycle at work in which trees release pollen, which then forms clouds that rain on the trees to help them grow.

When asked if planting more trees could be a way to help alleviate the country's drought problems, Steiner said it's too soon to tell.

She hopes to get more answers after putting emissions of pollen in climate models and looking to see what kind of response they get from the clouds. They also are considering conducting field studies in Michigan next year.

"What happens in clouds is one of the big uncertainties in climate models right now," Steiner said. "One of the things we're trying to understand is, how do natural aerosols influence cloud cover and precipitation under present day and future climate?"