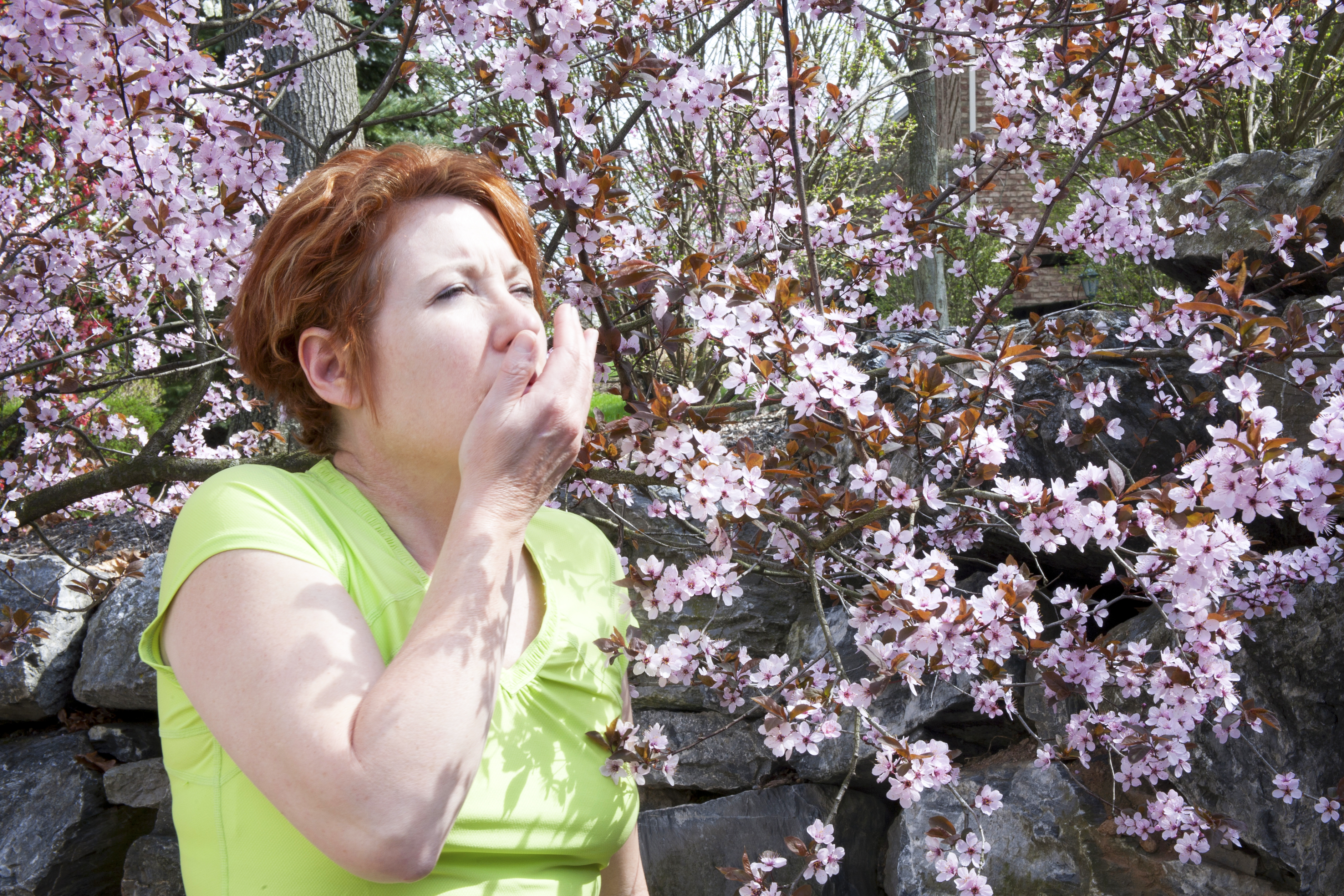 Despite the unreasonably chilly weather in parts of the country, spring is actually finally springing. It's a fact that more than 40 million Americans who suffer from spring allergies can probably attest to right about now, since late March typically means the start of a runny nose, watery eyes, sneezing and other miserable allergy symptoms.

"Allergies, in general, are increasing throughout the westernized world," Dr. David Rosenstreich, chief of the division of the allergy and immunology at the Albert Einstein College of Medicine and Montefiore Medical Center in New York, told CBS News. "Because of global warming and CO2 levels in the air, they're making more pollen. The pollen seasons tend to begin earlier, last longer and are more severe."

Recent years have been marked by milder winters nationwide which meant tree pollen -- and spring allergies -- arrived earlier. Experts are saying that because this year's winter has been colder and longer in much of the country, allergy season may start late and end a little sooner, but could be intense while it lasts.

"I am not a botanist. I really only know what we've been seeing," said Rosenstreich. "The season has started a week or two later so far."

Thankfully, there are drugs that can help minimize an allergy sufferer's misery. "There's a lot of relief available just at the drug store," said Rosenstreich.

People who already know they suffer from spring allergies should stock up on the pills and nasal sprays that get them through the season. Rosenstreich said he recommends patients take over-the-counter second generation allergy pills such as Allegra, Zyrtec and Claritin, and keep nasal sprays on hand, such as Nasacort and Flonase, which should provide some relief throughout the day.

Rosenstreich says that because the early days of spring allergy season can be especially difficult for people with asthma, he urges asthmatics to begin using any doctor-recommended drugs and sprays now -- before the pollen season kicks into high gear and their first allergy symptoms emerge. All other known spring allergy sufferers can wait until their onset of symptoms, since over-the-counter drugs are fast-acting.

If you're not someone who typically has seasonal allergies but seem to have come down with itchy eyes and ears and a runny nose this year, it may be worth paying a visit to your primary care physician or allergist.

Longtime allergy sufferers who do not experience relief from over-the-counter drugs may want to consider the allergy shot route, which tends to be most effective, though inconvenient since it involves multiple visits to a doctor.

There are also now newly available immunotherapy pills that work in the same manner as allergy shots. These prescription medications, once only available in Europe, were approved last year by the U.S. Food and Drug Administration. They work much the same as shots: An allergy sufferer begins the treatment at the start of the season and ends the course of therapy when allergy season comes to a close. However, the pills available currently only cover grass and ragweed pollen allergies, which means a person who gets sneezy around tree pollen in the early spring will be out of luck.

In addition to drug treatments, there are a few steps spring allergy sufferers can take in their daily life to help minimize pollen exposure.

It can be helpful to keep track of pollen counts in your area by looking online or through your local weather forecast. Avoid spending excessive time outside when you notice counts are especially high. Rosenstreich recommends people with spring allergies avoid outside exercise on high pollen count days. If you must spend time outdoors, do so in the afternoon; during the warmer months pollen counts tend to be highest between 5 a.m. and 10 a.m. Overall, counts tend to be lowest right after heavy rains.

However, avoidance can be difficult. "It's hard to avoid the pollens because they blow everywhere," said Rosenstreich. "Tree pollen blows for 50 miles."

It is also important to try to keep pollen out of your home environment. Rosenstreich recommends removing all outer clothing such as jackets, hats and shoes at the door, so you don't track pollen into your living room and bedroom. People with severe pollen allergies may want to consider showering before getting into bed to remove pollen. It is also best to avoid hanging garments outside to air dry.

If you only have tree pollen allergy you'll start to feel better by June, but that certainly doesn't mean allergy season is actually over. June is typically the start of grass pollen allergies, followed by mold and spores in July and ragweed as the summer comes to end. Don't you love nature?