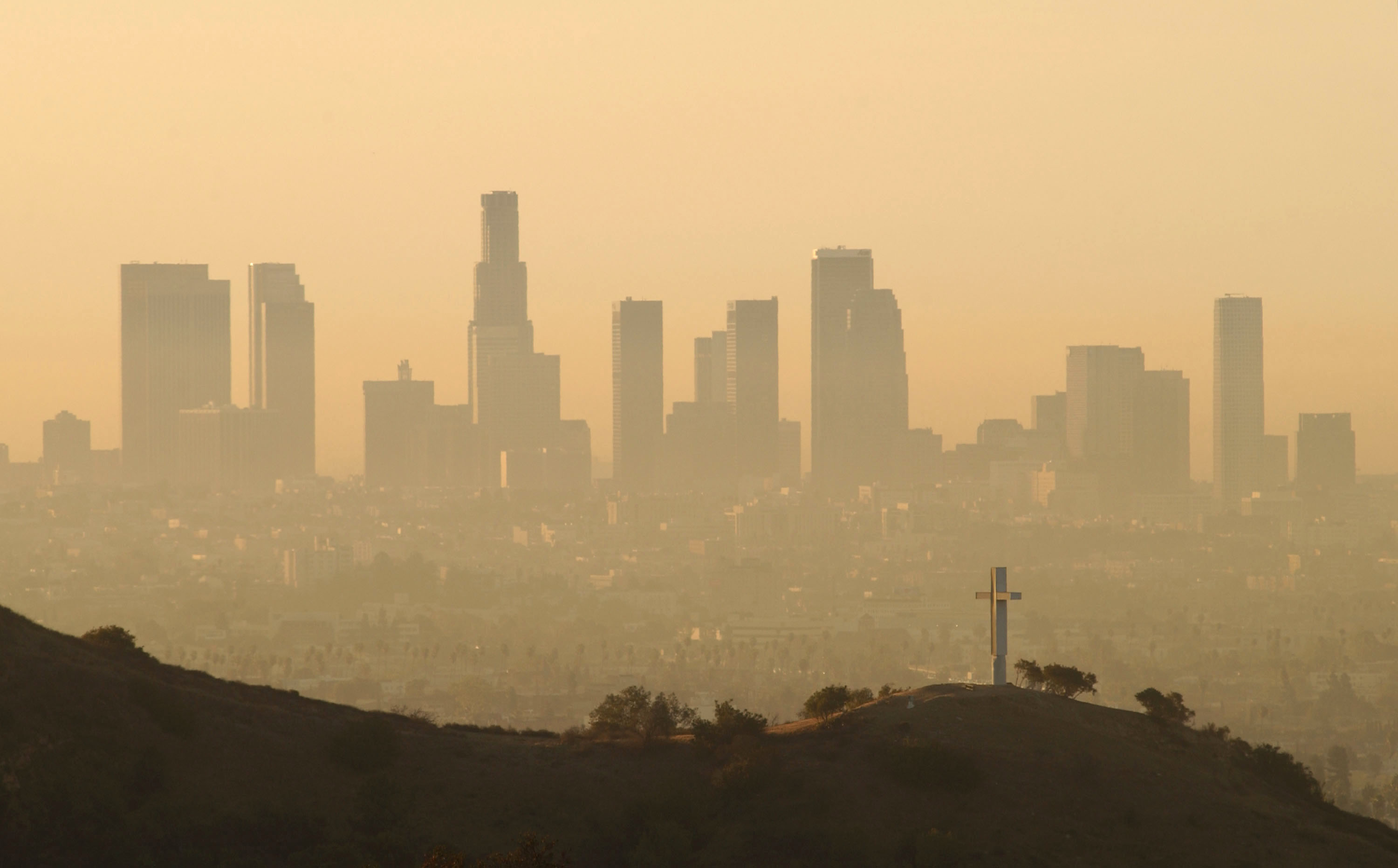 More than four in 10 Americans live in places with unhealthy air, a finding that is likely to color the debate over President Obama's push to reduce ozone and cut down on greenhouse gas emissions.

The American Lung Association's "State of the Air 2015" report found that 138.5 million people, or 44 percent of the U.S. population, live in counties where ozone or particle pollution makes the air unhealthy to breathe.

That was a slight decrease from last year's report, when 47 percent of Americans lived in areas with unhealthy air that has been linked to lung cancer, heart attacks, asthma attacks and other health problems.

"Overall, we have made great improvements but we do know we are still facing challenges, especially challenges created by climate change and some of the impacts warmer climates have on creating more ozone and particle pollution," Janice Nolen, assistant vice president of national policy for the American Lung Association, told CBS News. The report is compiled from air pollution data collected from 2011 to 2013.

"We are seeing things that are troubling us," she said. "We are not making as good of progress as we need to. We have a long ways to go."

The report found that everything from dirty transport to emissions from coal-fired power plants was fouling the air. It also found geography played a role, with hotter temperatures, increased wildfires and a long-running drought on the West Coast contributing to high levels of particle pollution and ozone.

"Heat is one of the ingredients that is key to making ozone," Nolen said, adding that warmer air and sunlight cooks the nitrogen oxides and volatile organic compounds from sources like cars, trucks, buses, industries, power plants to produce the pollutant.

"As we are seeing temperatures increase across the nation, it means that we have a harder time cleaning up ozone," she said. "We will have harder time fighting to keep it out of the high levels and unhealthy levels."

A look at the 10 cities with the worst year-around pollution seemed to bear out the impact of the drought and record temperatures, with the top seven located in California and the final three from the Ohio Valley where coal is a big source of power:

Geography also seems to be playing a part in the cities with the cleanest air or those with no days where there were unhealthy levels of ozone or particulate pollution. Of the 11 cities with the lowest year-around and short- term particle pollution, five were in Florida where winds often carry any pollution away. Others, like Prescott, Arizona, were relatively rural areas without much industrial or transport pollution.

People can check their hometown's air quality rating by entering their zip code or searching for their state on the "State of the Air" website.

Overall, the report concluded there were signs that things were improving in the most polluted places, with much of the east showing the biggest improvements thanks to cleaner diesel fleets and cleaner power plants.

And the report found that 13 of the 25 metro areas with the worst year-round levels of particle pollution had their cleanest years yet, including Birmingham, Ala., Houston and Indianapolis.

Los Angeles, which topped the list with the worst ozone pollution levels, as it has done for the past 16 years, reported its lowest average year-round particles and fewest high ozone days in the report's history.

Still, the American Lung Association said air quality needed to improve. It used this report to call for tougher ozone standards and the endorsement of the Obama's Clean Power Plan, which calls for state's to cut their carbon emissions from coal-fired power plants 30 percent by 2030.

Both the Clean Power Plan and a proposal to lower the ozone standard to within a range of 65 to 70 parts per billion (ppb) and possibly 60 ppb have met fierce resistance from traditional business groups and the Republican-controlled Congress.

"We use the current ozone standard as the basis of much of our assessment, but that standard is weak, and out of date and does not reflect what we know harms children and people with lung disease," Harold P. Wimmer, national president and CEO of the American Lung Association, said in a statement.

"We urge the U.S. Environmental Protection Agency to update the ozone standard to reflect current science and give parents accurate information about the air pollution risks in their community," he said. "A standard set at 60 parts per billion would provide much more accurate information and better health protection."

The standards for ozone were last updated in 2008 when the EPA set them at 75 ppb.