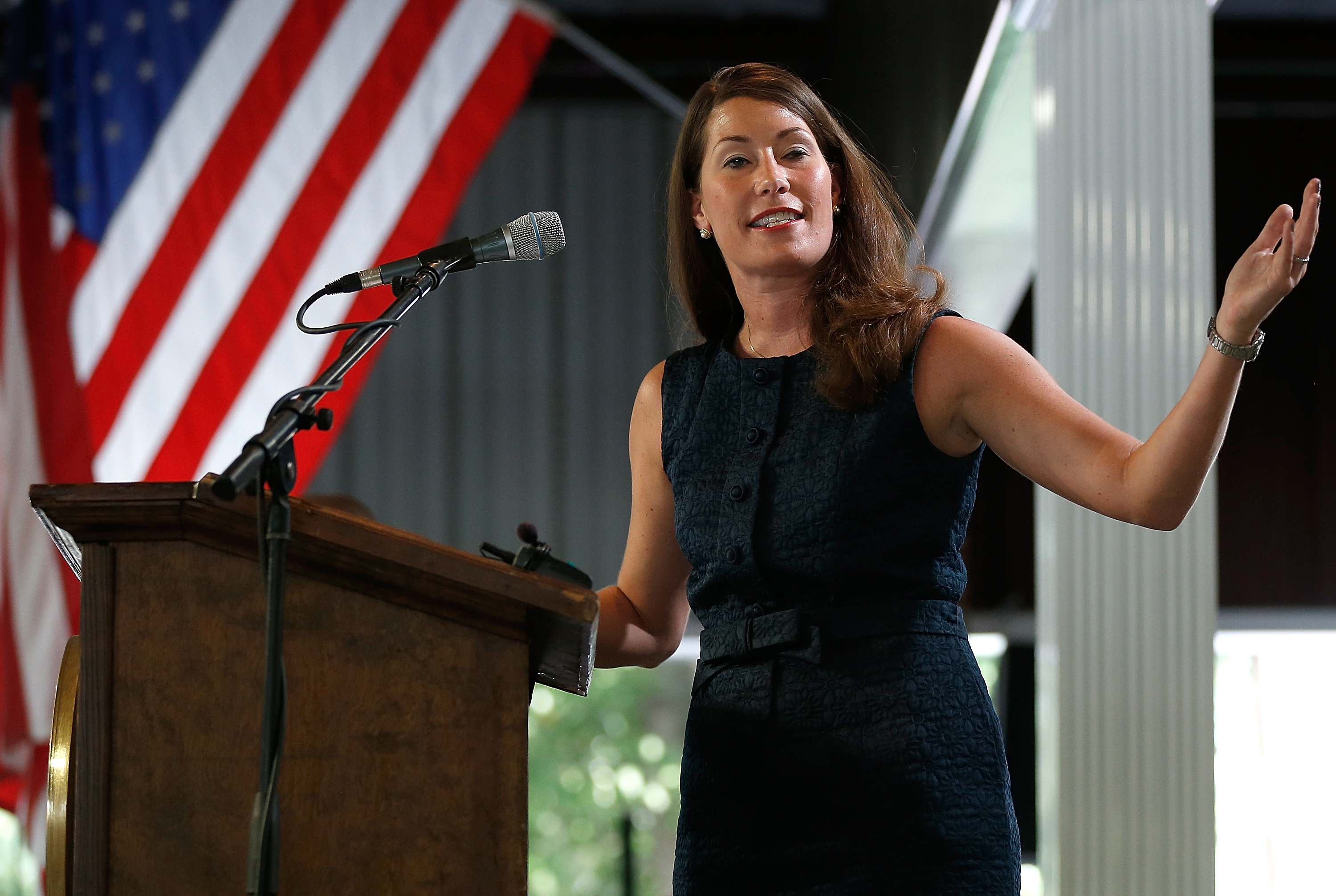 The Democratic Senatorial Campaign Committee hasn't reserved any air time to run ads in Kentucky in the final three weeks before the midterm election,according to Roll Call, a sign they may not be going all-out to help Democrat Alison Lundergan Grimes in her quest to unseat Senate Minority Leader Mitch McConnell, R-Kentucky.

The group, which acts as the campaign arm for Senate Democrats, has spent a considerable amount of cash helping Grimes until Tuesday, when it is officially no longer on the air.

"The DSCC has now spent more than 2 million in Kentucky and continues to make targeted investments in the ground game while monitoring the race for future investments, but is currently not on the air in the state," a DSCC official told CQ Roll Call.

The group did not immediately return CBS News' call for comment.

Most recent polls show McConnell leading Grimes, the Kentucky Secretary of State, by a slim but consistent margin. The latest CBS News Battleground Tracker had McConnell up, 47 percent to 41 percent, over Grimes.

Grimes has struggled to avoid association with President Obama, who has a low approval rating in the state. During a debate against McConnell Monday night, she spent considerable time avoiding the question of whether she voted for the president in the most recent election.

"Our Constitution grants here in Kentucky the constitutional right for privacy at the ballot box, for a secret ballot," she told debate moderator Bill Goodman, host of "Kentucky Tonight." As Kentucky's secretary of state, Grimes said she is "tasked with overseeing and making sure we're enforcing all of our election laws... to ensure privacy at the ballot box... I'm not going to compromise a constitutional right provided here in Kentucky in order to curry favor on one or other side, or for members of the media."