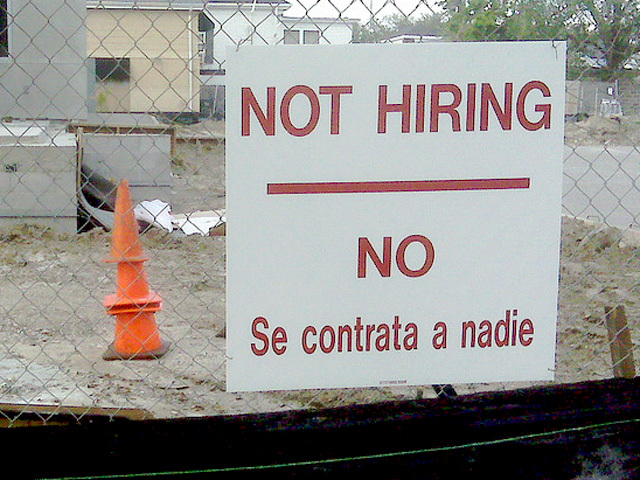 COMMENTARY High tech is supposed to be a bright spot in the American economy. But new Bureau of Labor Statistics (BLS) numbers on productivity -- a 3.1 percent annual rate increase last quarter for non-farm business -- should give everyone a pause, particularly as corporate profits remain enormous and unemployment is as stubborn as ever.

For all the protests over Wall Street and the 1 percent of the population that controls vast amounts of the nation's wealth, a long-term shift in the economy and the current jobless recovery are only possible because technology and automation replace humans in established business processes, as my colleague Alain Sherter has noted. But in addition to fueling a stagnant national workplace, there is a secondary effect. Even as they hit record profits and stockpile more cash than ever before, corporations do so by essentially casting off expenses that then land on the nation as a whole. The results may be dandy for corporate earnings, big investors, and CEOs, but they're disastrous for everyone else and the economy at large.

The latest quarter reports on growth in business productivity -- output per hour of labor -- is nothing new. Here are the BLS numbers for the last few years broken out by economic sector:

With a few notable drops into negative territory, the clear trend is one quarter of increased productivity after another. In English, that means companies continue to find ways to do more work with fewer people, even as the corporations grow revenues and profits. That's why the unemployment rate, which has dropped some over the last few years, is still over 9 percent, as this BLS chart shows:

It is true that people are working longer hours and taking less time off in general, which reduce the need for hiring additional help. But more time with noses pressed to grindstones doesn't affect productivity, which measures work per hour. Unless people have suddenly become far more industrious, thank technology and outsourcing (which is made possible by technology). Business understandably exhibits a fervent embrace of technology because doing so reduces costs of operations and increases profits. Unfortunately, the main tool this economic miracle employs is eliminating the need for as many employees and, thus, putting an increasing number of people out of work, whether through losing a job or losing the opportunity for one that might have existed before.

Corporate management is doing what it thinks is right and following a fiduciary duty to shareholders and owners. They don't see or feel a duty to keep people employed if those employees aren't necessary to the efficient operation of the company.

But conflict arises because companies that continue to leverage technology and restrict employment effectively push their losses onto society as a whole. Fewer jobs mean more people out of work. More people out of work means a weaker economy and more demand on government to help. The results also hit those at the bottom of the economic ladder hardest, if you look at the September unemployment numbers:

Those with college degrees are getting off lightly while the other 65 percent of the workforce bears a progressively larger portion of the unemployment burden -- 81 percent of all those unemployed. The 11.7 million without high school degrees have almost as many out of work in hard numbers as the 46.9 million college graduates.

Calling for more education and increased numbers of jobs in science and technology might sound like the solution until you realize that there aren't enough spots in colleges and enough money to help those less well-off to pay for education to make that happen. That's even assuming everyone has the necessary aptitude and ability and that there would somehow be enough high tech jobs available.

In short, companies continue to gain efficiency and productivity by restricting the number of jobs, which pushes people into the arms of the government. At the same time, according to non-profit and self-described non-partisan Citizens for Tax Justice, many large corporations have effective federal income tax rates of zero, and a good number of profitable companies manage to pay less than zero percent of their incomes as income tax, so they're minimizing the burden they might ordinarily pay for government policies that attempt to stimulate the creation of jobs. It's an indirect but significant form of subsidy, in which the public takes on the burdens of not having enough jobs so companies can make more money and often reduce their income tax burden, which makes the subsidy even more expensive.

How rising inequality stunts the U.S. economy
How flatlining wages are suppressing the economic recovery