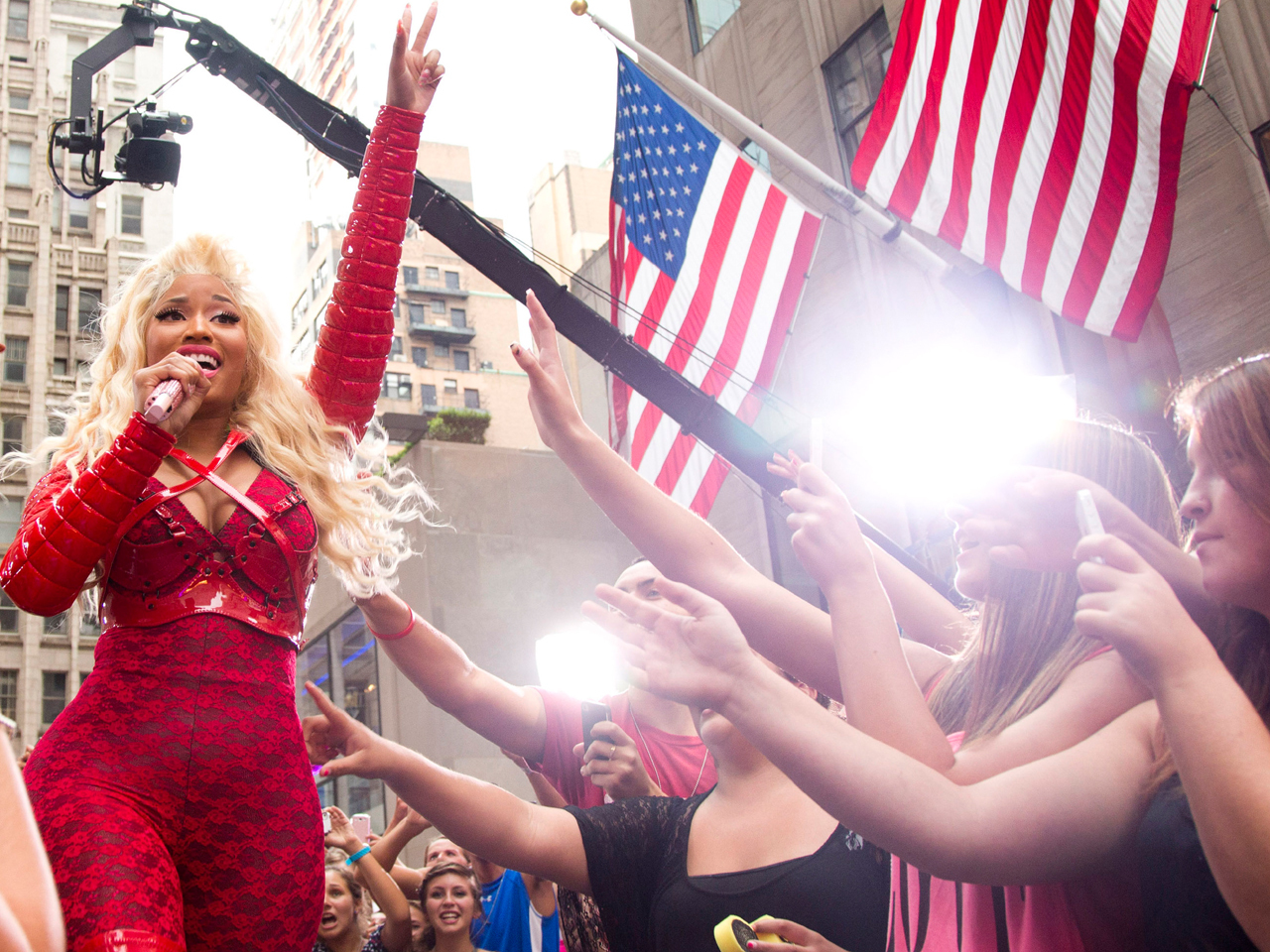 It's still unclear where the rapper stands on the 2012 presidential race, but a new mixtape may offer some potential clues. Or not, considering she has various rap personas.

Either way, Minaj piqued fans' interest this week with the release of Lil Wayne's mixtape "Dedication 4," which features a guest appearance by Minaj and beats by Kanye West.

In the fifth track, "Mercy," posted online, Minaj raps, "I'm a Republican voting for Mitt Romney, you lazy b----es is f---ing up the economy."

It's unclear whether Minaj is speaking any bit of truth in the rap, as she often blurs the lines of reality in her music. And the following lyric in the song is non-political: "Out in Miami, I be chillin' with a zombie."

Minaj's rep did not respond to a CBSNews.com request for comment.

Fellow rapper Talib Kweli, for one, doesn't think Minaj is a Romney supporter:

Still, this isn't the first politically-oriented comment from Minaj.

Vulture noted that in June, Minaj tweeted, "Just give FREE health care to all. @BarackObama what can we do?"

She added, "@BarackObama I wouldn't mind the millions they took if it was going to healthcare. Why should a poor person struggle to pay for MEDS sir?"