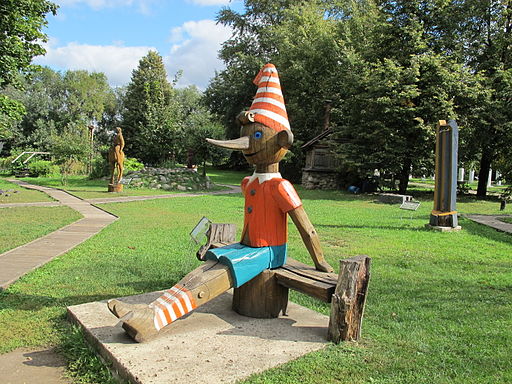 (Moneywatch) COMMENTARY Generally, lying in the workplace is a bad idea. Fibs big and small can trash your credibility to your co-workers, clients, and company. But is it sometimes smart to pull a Pinocchio?

Workplace and career expert Brad Karsh, president of JB Training Solutions, says that there are a few situations in which fibbing might be fine -- with care. "In general, it is never okay to lie at work. One of the few priceless things you have of value at work is your integrity and your word," says Karsh, who conducts corporate training workshops at major companies including Discover (DFS), Kraft (KFT), and Walgreen (WAG). Here are Karsh's key exceptions to that rule:

Protecting confidentiality. Do the ends justify the means? Perhaps, if telling a small lie rather than the whole truth (and nothing but) might help your company and protect private information. "For example, you are in a management meeting, and afterwards a colleague asks what the meeting was about. You would never say, 'We were talking about layoffs. Pack your bags, Phil!' Instead you could say, 'We were talking about planning issues,' " Karsh says. In this case, you are maintaining your loyalty to your company.

How to harness bad habits to help your career6 signs you're too nice a boss
Constructive criticism: 5 ways to get your point heard, every single time

Maintaining a positive relationship. Striving to get along with your manager or fellow employees might lead you to lie, if only to be polite, Karsh says. If your boss asks what you think of a hideous tie or blouse, or your co-worker asks you to attend her 7-year-old's first violin performance at 9 a.m. Saturday morning, little lies like "it really suits you" or "already have plans" are clearly more likely to foster collegiality than unvarnished truths like "it's hideous" or "I'd much rather sleep in."

Can my boss send me home early without pay?

Over-delivering. As the saying goes, it's always better to under-promise and beat expectations than over-promise and under-deliver, especially when it comes to accomplishing a task on time. "When promising a deadline, you might say, 'I can have it to you Thursday' even if you [expect] you'll have it to them on Wednesday," Karsh says. That way, you'll take a bit of pressure off yourself and probably surpass expectations.