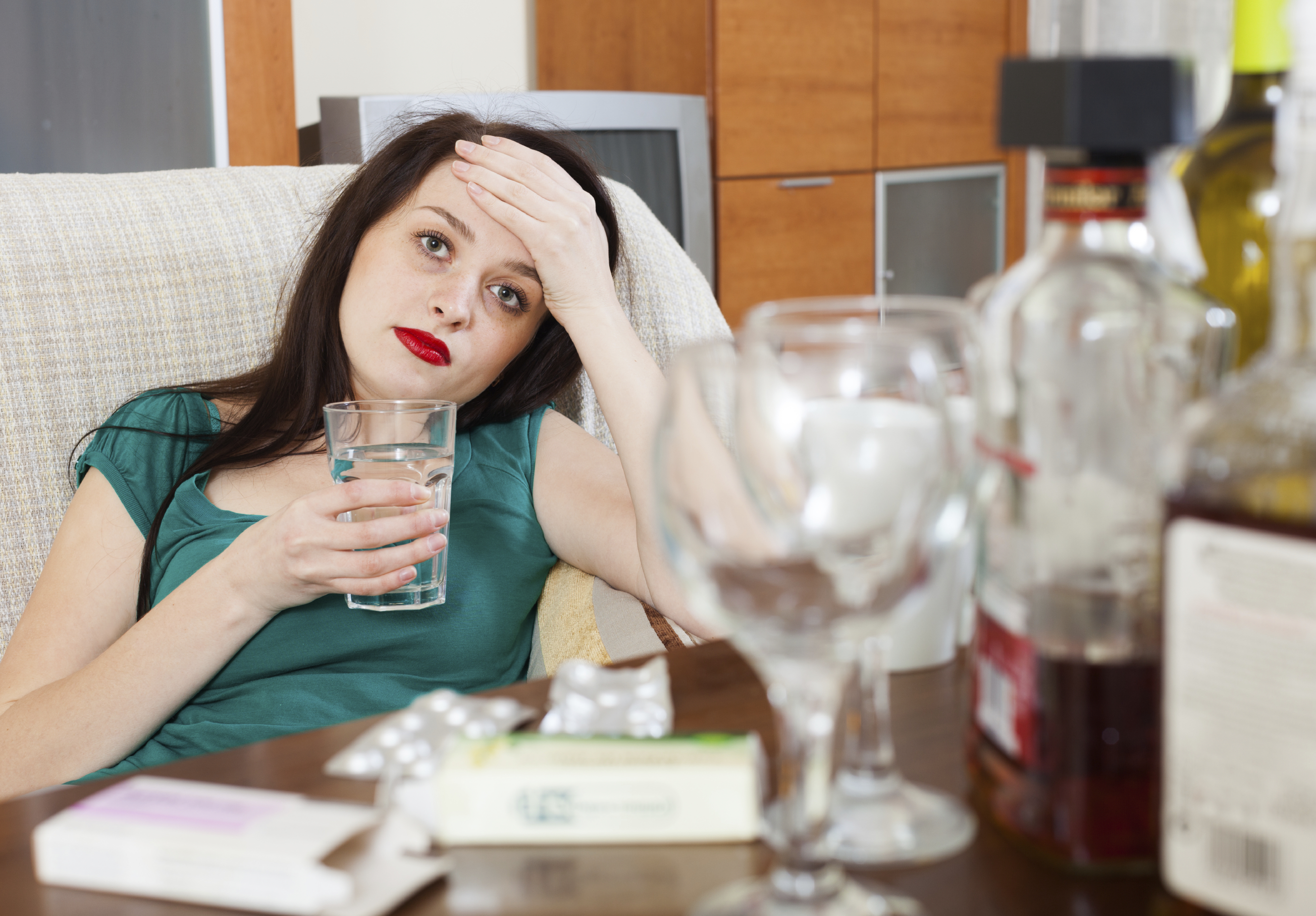 If you've ever gone out for a night of heavy drinking, you've more than likely experienced the pounding headache, nausea and fatigue of a hangover. You've also probably heard that having something to eat or drinking water after imbibing will help you avoid the dreaded state the next morning.

But these claims appear to be false, according to new research being presented this weekend at the European College of Neuropsychopharmacology (ECNP) conference in Amsterdam.

The researchers also found that despite some people's claims, there's no such thing as being "immune" to hangovers.

A group of international researchers from the Netherlands and Canada surveyed hundreds of students on their drinking habits and how they felt the next day to understand more about the "morning after."

Participants answered questions about their drinking in the previous month, including the number of drinks consumed, the time frame of consumption, and the severity of their hangover. Taking into account number of drinks, drinking time, gender and weight, the researchers used a formula to determine blood alcohol concentration in both those who said they experienced hangovers and those who didn't.

The results showed that four-fifths of those who claimed not to experience hangovers had an estimated blood alcohol level of less than 0.10 percent.

While this amount is above the legal driving limit in the United States and many other countries, it may not be enough to produce a hangover the next day, researchers said.

"In general, we found a pretty straight relationship: the more you drink, the more likely you are to get a hangover," lead author Joris Verster, assistant professor of pharmacology at Utrecht University in the Netherlands, said in a statement. "The majority of those who in fact reported never having a hangover tended to drink less, perhaps less than they themselves thought would lead to a hangover."

The researchers also looked at whether eating or drinking water directly after alcohol consumption made a hangover less likely. To determine this, they questioned students about their latest heavy drinking session, whether they had food or water afterwards, and the severity of their hangover on a scale from absent to extreme.

"Those who took food or water showed a slight statistical improvement in how they felt over those who didn't, but this didn't really translate into a meaningful difference," Verster said. "From what we know from the surveys so far, the only practical way to avoid a hangover is to drink less alcohol."

While the cause of hangovers is not well understood, it is widely believed that they may be related to dehydration. But experts say that's not the only factor at play.

"Other research from our group suggests the immune system plays an important role in the pathology of the alcohol hangover," Verster told CBS News. "It's not simply dehydration. Therefore I think it is not surprising that drinking water is not effective to ease hangovers."

Dr. Howard Forman, medical director of Addiction Consultation Services at Montefiore Medical Center in New York City, said that although there is no scientific evidence showing eating or drinking water impacts a hangover one way or the other, medically, he cannot see how drinking water would help prevent one. He can, however, theorize why eating while drinking alcohol might have a positive effect.

"When you have high-fat foods, it slows your rate of digestion, and because it slows your rate of digestion it's going to slow the rate at which alcohol is absorbed into your system," he told CBS News. "Eating high-fat foods, like peanuts, allows someone to drink more alcohol but potentially never reach the high concentrations of alcohol in the blood that might cause someone to have a hangover."

Forman said that not much research has been done on hangovers. Instead, studies tend to focus on the causes and more debilitating effects of alcohol abuse. However, he acknowledges the importance of the research, particularly when it comes to the economic burden associated with hangovers.

Michael Bloomfield, a research fellow in psychiatry at University College London, agreed, pointing to the countless people across the world who have either gone to work the next day with a hangover -- and been less productive as a result -- or have called in sick and not gone into work.

"Adding up all that lost productivity equals a lot of money," he said. "This is not to mention the many millions of people throughout the world who struggle with an alcohol addiction and its potentially catastrophic effects on their health. In purely economic terms, without considering the enormous human suffering caused by alcohol abuse, it makes economic sense to invest money in understanding the precise ways alcohol, along with the other widely used psychoactive drugs, can affect the mind, body and brain."