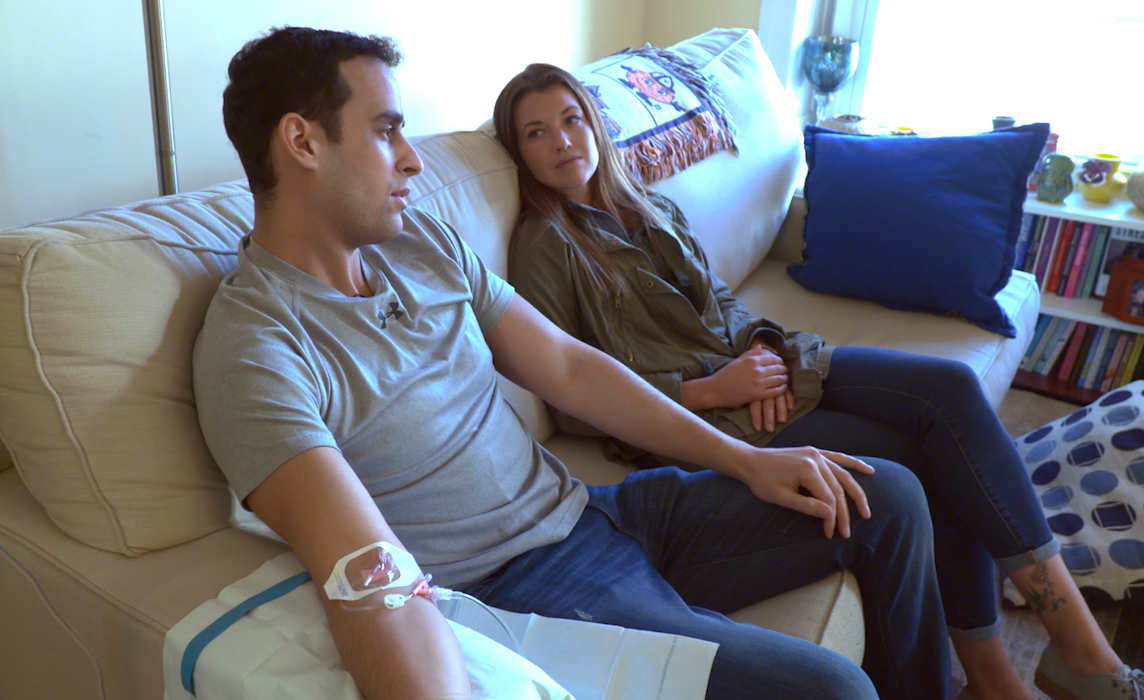 Some of us have been there more times than we'd like to admit. We stayed out a bit too late last night, drank a bit too much, and now we're paying the price of our overindulgence.

But what price are you willing to pay to end the pain?

The Hangover Club is a new company that's gaining traction in the growing field of home-delivery IV nutrient therapy. Aided by celebrity endorsements on social media, these businesses have been popping up across the country in cities like Las Vegas, Los Angeles and New York over the past few years. The Hangover Club has a similar business model to another New York-based competitor, The I.V. Doc, and caters to a high-end clientele that's willing to shell out $175 to $249 a bag, depending on the additives they desire.

"When you look at some of our clientele, losing an entire day to a hangover could be very expensive. It could cost you way more than $200, it could cost you thousands of dollars. This is sort of a 'whoops' button to save the rest of your day," said Asa Kitfield, who founded the Hangover Club in September of 2014.

Symptoms of a hangover can range from fatigue to brain fog to headache and muscle aches, nausea and vomiting. Anyone who's ever been hung-over knows all too well that these symptoms can greatly interfere with a person's ability to focus on work the next day.

Adam, a corporate lawyer in New York City, has been a client of the Hangover Club since he stumbled onto the Hangover Club's bus on New Year's Day 2015. This time, he called the service as a last resort to resolve his symptoms of fatigue and brain fog after exercise, drinking fluids and eating a big meal failed to help him.

"I have a deadline and I need to get something to a client tonight at 10 p.m., and so as soon as this kicks in I have 4 hours where I have to print this merger agreement, go through it, mark it up and send it out. So I really need to concentrate. If I had nothing to do I'd just drink water, take a nap, just chill. But I really need this right now," Adam told CBS News, as the Hangover Club's nurse Emily administered his IV drip.

Rehydrating with an IV bag of fluids after a particularly long night of partying or a seriously hard workout isn't new. Doctors, nurses and med students have been known to help each other out with an IV energy boost to continue working long hours and to help cram for exams.

"I know from years of clinical experience and from the decades of experience from other medical practitioners that IV nutrient therapy in combination with hydration is effective for people," says Dr. Maurice Beer, integrative MD and chief medical officer of the Hangover Club.

What Beer and others in the IV therapy business hope to do is to make this treatment available for the general public.

Beer developed the selected IV bags' combinations of pain medication, vitamins, electrolytes and glutathione -- a detoxifying agent that supports the liver -- for the maximum replenishment of chemicals that can become depleted after drinking. The IV delivery method allows the fluids, pain medication, vitamins and minerals to be rapidly absorbed by the body without having to go through the digestive tract, leaving most people feeling better relatively quickly, enthusiasts say.

"It's like, you start to feel something cold go through you and as soon as you start to feel that cold you can start feeling, alright, I'm starting to feel a lot better. Feel a little bit more up," Adam explained.

While feeling better fast may be the main draw for clients of the Hangover Club, CBS News chief medical correspondent Dr. Jon LaPook raised some concerns. "None of those [health claims] have been FDA approved or validated by any kind of controlled scientific studies," he pointed out. "In fact there's something here that specifically says, 'This product is not intended to diagnose, treat cure or prevent any disease. This service is intended only for healthy adults.' Well if you're a healthy adult, why do you need this?"

He also noted potential complications involved with using IV's which, if administered improperly, can cause infections, swelling, and pain or burning at the injection site. He advises playing it safe -- and saving some cash -- by picking up some chicken soup and simply waiting it out.

"The more I practice medicine, the more humble I get about giving anybody anything unless I know absolutely they need to have it. Because anything you give to anybody can have a negative side effect," he said. "You can just drink a fluid and rehydrate yourself -- chicken soup with rice, or Gatorade, or Pedialyte or Pedialyte pops, or water, it's inexpensive, it's safe, and to me that's the way to go if you have a severe hangover."

And, for people who continue to party all the time, an IV drip isn't something that will prevent liver damage from excessive drinking.

"It's a very good hangover cure, but it's not going to enable you to drink every single night. I don't think there's anything that could make your body sustain that," said Kitfield.