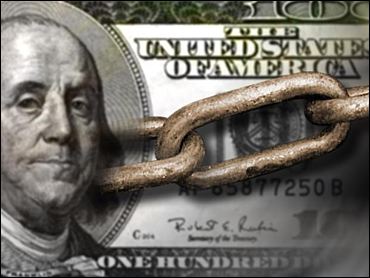 The Internal Revenue Service mistakenly paid out more than $30 million to tax filers seeking nonexistent slavery tax credits in 2000 and 2001, according to a Treasury Department investigation.

A growing number of black taxpayers are being misled by scams falsely claiming that, for a fee, they can get tax credits or refunds as reparations for slavery. The scams are given credence when some taxpayers actually get money.

The IRS received more than 77,000 tax returns last year claiming $2.7 billion in reparations refunds, up from 13,000 the year before. Last year, the IRS discovered that some erroneous refunds were being issued, but was only partly effective in stopping them.

The Treasury inspector general for tax administration, David C. Williams, said in Senate testimony this week that refunds of more than $80,000 were issued "in some instances" to married couples when each spouse claimed the reparations credit.

In 2000 and the first four months of 2001, Williams said, more than $30 million in erroneous reparations payments were paid. After April of last year, a computer program developed by the inspector general identified an additional $16.1 million in claims before they were paid.

The Washington Post, citing an unidentified official, reports in its Saturday editions that one IRS employee is under investigation for allegedly helping process returns that claimed the credit.

At least 12 current and former IRS employees, all low-level workers in processing centers, applied to receive such a credit, the newspaper report said.

Typical scams use terms such as "black investment taxes," "reparations for African-Americans" or a "black inheritance tax refund."

This is the first indication of what these scams cost the government. Most of the mistaken payments were for about $43,000, a figure Essence magazine suggested in 1993 as the updated value of 40 acres and a mule, which some freed slaves were given under an order by a Union general during the Civil War.

The tax agency is now trying to recover the money it paid out, though officials would not disclose how much has been collected.

Starting Monday, the IRS will be begin levying a $500 fine on taxpayers who do not withdraw the claim if they have been caught.