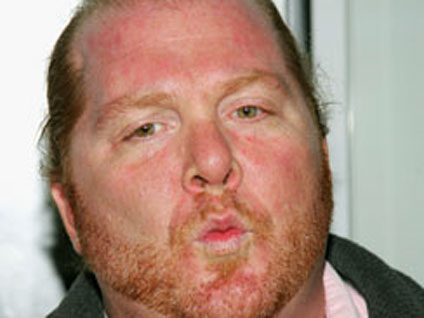 LOS ANGELES (CBS) Two former employees of a Mario Batali eatery are claiming that the "Iron Chef" is a glutton when it comes to his employees' tips, according to a lawsuit filed Tuesday in Los Angeles County Superior Court.

The lawsuit claims that Batali and his partner, Joe Bastianich, created something called the "Wine Program" at Pizzeria Mozza which funneled a portion of every tip paid by credit card straight into their pockets, according to gossip website TMZ.

The two unnamed employees, one a former waiter and the other a former bartender, claim that the "Wine Program" was also used next door at Batali's upscale restaurant, Osteria Mozza, according to the website.

The lawsuit goes on to claim that employees were not given adequate breaks and that they weren't paid promptly upon being let go, TMZ reported.

The lawsuit asks for unspecified damages.

Batali may be experiencing a bit of deja vu because a similar lawsuit was recently filed in New York by employees of his famous eatery Babbo.