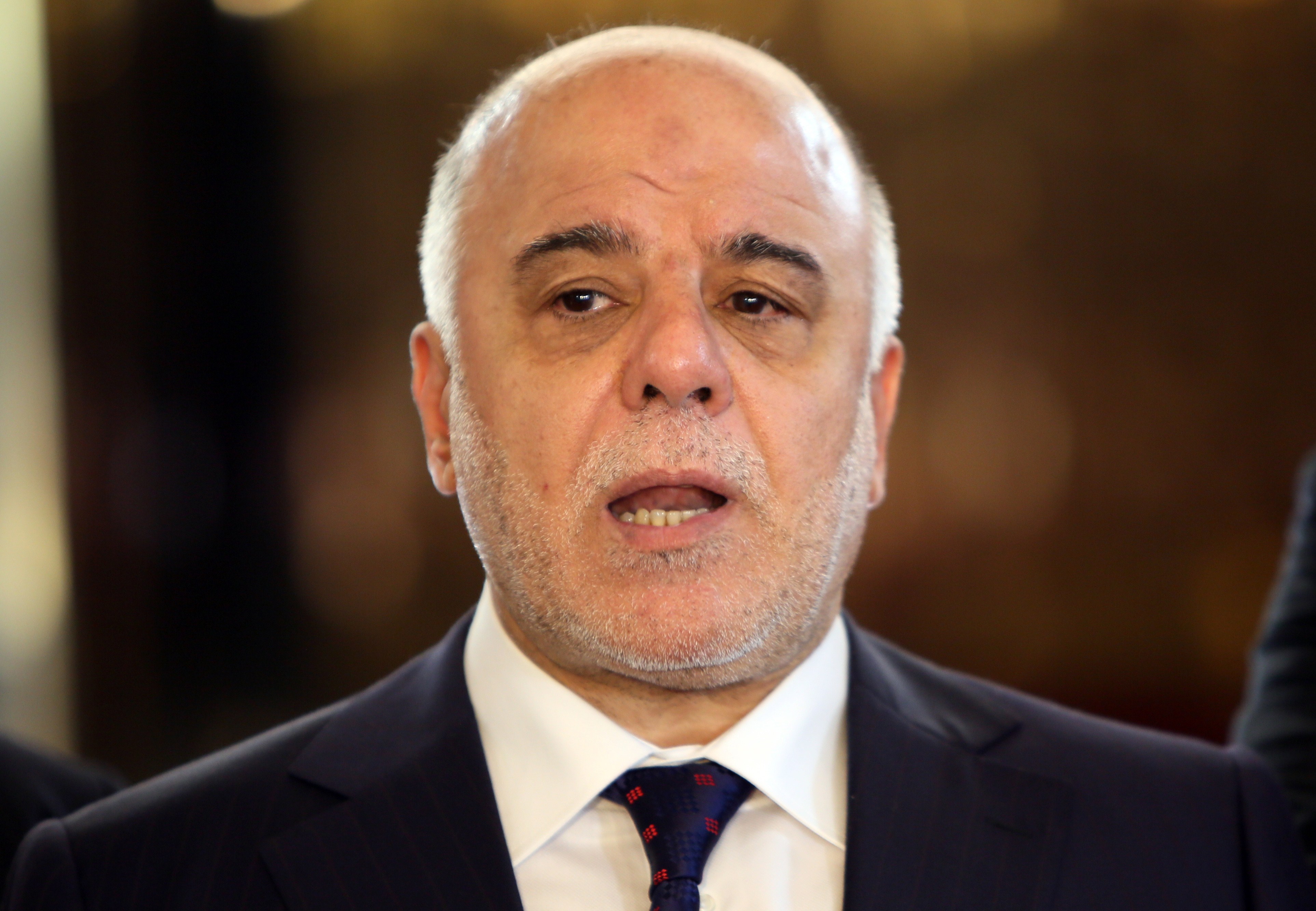 Seven months after al-Abadi's election raised hope in Washington for Iraq's future, he's making his first visit to the Oval Office. Al-Abadi told reporters Monday that the increase in U.S. airstrikes, weapons deliveries and training has helped roll back Islamic State forces, but he needs greater support from the international coalition to "finish" them. "We want to see more," he said.

The White House signaled that more aid could be coming. Last week, Vice President Joe Biden touted momentum in the fight against the Islamic State, and White House press secretary Josh Earnest said Monday, "If there are specific ideas that Prime Minister Abadi has for stepped-up assistance, then we'll obviously consider them seriously."

"This is a partnership that the United States is obviously invested in," Earnest told reporters Monday. "And our success in working with an inclusive Iraqi government has been important to some of the security gains that Iraq has realized against ISIL in the last few months."

Earlier this month, Iraqi forces and allied Shiite militias, backed by U.S. airstrikes, were able to recapture the city of Tikrit from the Sunni militants in what was the government's first major victory in Iraq's Sunni heartland.

"More efforts to organize, arm and integrate the Sunnis willing to fight ISIL are going to be needed in the months ahead to liberate Anbar and Mosul," the Islamic State's stronghold, Biden said in a speech Thursday at National Defense University previewing al-Abadi's visit. Biden joked that he's spent more time on the phone with the prime minister talking over the issues than he spends talking to his wife.

Jon Alterman, director of the Middle East program at the Center for Strategic and International Studies, said Biden was trying to make the case that it's worth investing more at a time when many Americans feel their country has done enough.

"There's a military campaign that the U.S. is helping wage, but it has more internal problems than I think people on either side are willing to admit," Alterman said. "The reality is what we are trying to do is very difficult, very complicated and many people question how unified we are with the Iraqi government on what we are trying to do."

The U.S. and its coalition allies have carried out nearly 2,000 strikes in Iraq since the campaign against the Islamic State began in August - as well as nearly 1,400 in neighboring Syria. American officials say that while the campaign has made gains, it is likely to stretch on for years.

After years of war, the United States withdrew its forces from Iraq in 2011 but left behind troops to guard the U.S. Embassy. In November, Obama authorized the deployment of up to 1,500 more American troops to bolster Iraqi forces, which could more than double the total number of U.S. forces to 3,100. The Pentagon has made a spending request to Congress of $1.6 billion, focusing on training and arming Iraqi and Kurdish forces. According to a Pentagon document prepared in November, the U.S. is looking to provide an estimated $89.3 million worth of weapons and other equipment to each of the nine Iraqi army brigades.

The U.S. blamed the lack of inclusiveness by al-Abadi's predecessor, Nouri al-Maliki, for giving the Islamic State a recruiting tool and had made the formation of a new government a condition for deeper military action to stop the militant group. Obama met al-Abadi at the United Nations shortly after his election and praised him as "the right person to help work with a broad-based coalition of Iraqis," and he said the U.S. supports the new prime minister's "political vision."