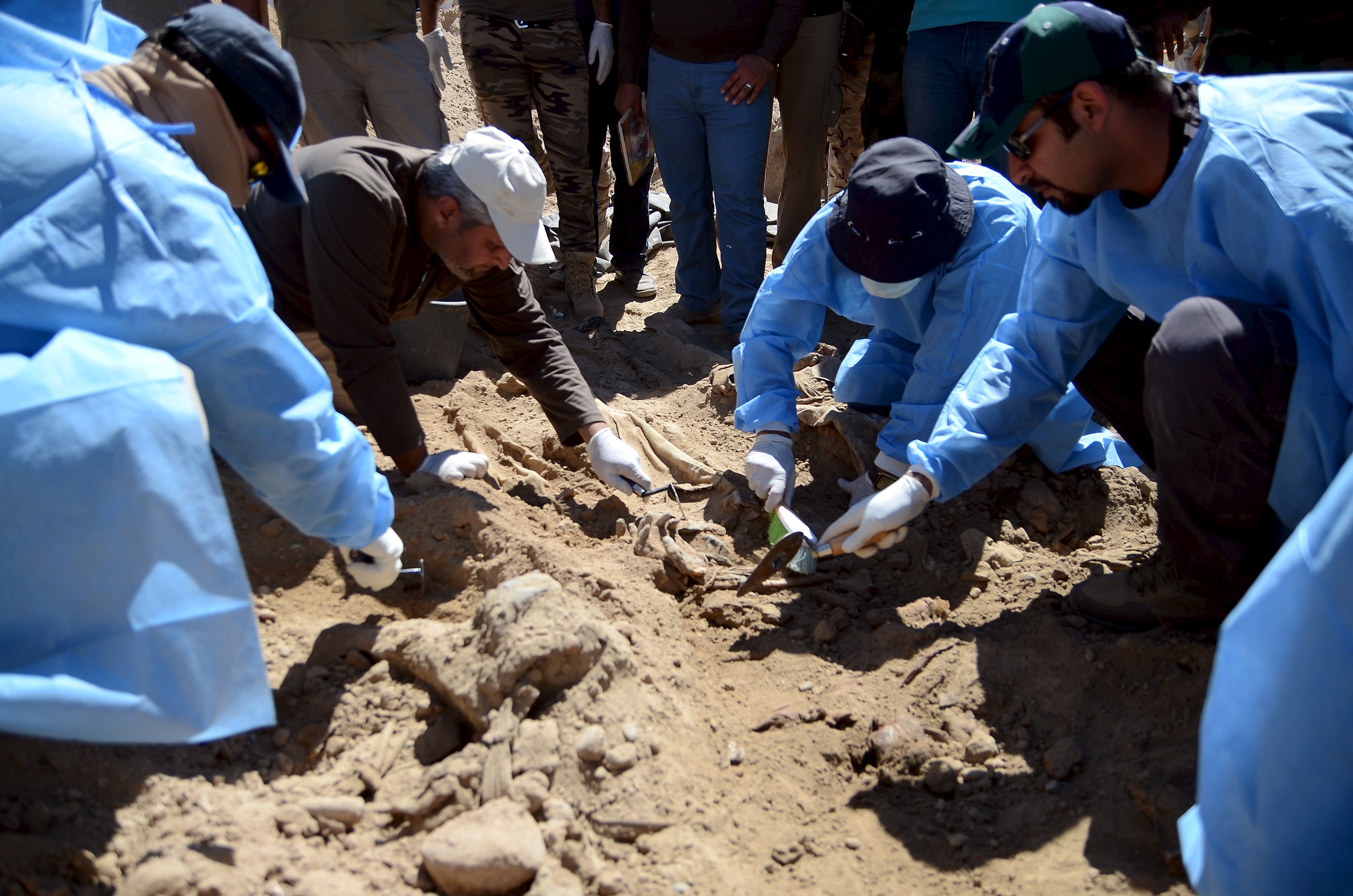 BAGHDAD -- An Iraqi official says forensic teams in the newly liberated city of Tikrit have started exhuming bodies from a mass grave believed to contain hundreds of soldiers killed by Islamic State of Iraq and Syria (ISIS) militants last year.

Kamil Amin, from Iraq's Human Rights Ministry, says work started on Monday on eight locations inside Tikrit's complex of presidential palaces, where much of the killing is believed to have taken place.

Amin told The Associated Press at least 12 bodies were exhumed on Monday.

ISIS militants overran Saddam Hussein's hometown last June, capturing around 1,700 soldiers as they were trying to leave Camp Speicher, an air base previously used by U.S. troops on the outskirt of Tikrit.

ISIS claimed to have killed the troops shortly afterward and posted videos purported to show their mass killings.