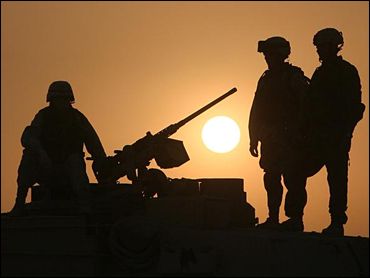 Iraq will ask the U.N. Security Council to extend the mandate of 160,000-stong U.S.-led multinational force in Iraq for only one more year - through the end of 2008, foreign ministry officials told The Associated Press on Saturday.

Officials said Iraq would seek a long-term, bilateral security agreement with the United States like the ones Washington has with Saudi Arabia, Kuwait, UAE, Bahrain, Qatar and Egypt.

Aides to Foreign Minister Hoshyar Zebari said the mandate extension for the U.S.-led forces in Iraq, due to be discussed at the end of this year, would be "the last extension for these forces."

Zebari, who has been in New York for the General Assembly session, first disclosed the plan in an interview with the London-based Saudi-owned newspaper Asharq Al-Awsat.

A resolution adopted unanimously by the Security Council on June 8, 2004, said the U.S.-led multinational force would remain in Iraq at the request of the interim government that was about to assume control of the country from the United States and Britain.

The resolution, drafted by the United States, authorizes a review of the mandate at the request of the Iraqi government every six months. The mandate last was extended for one year on Dec. 31 and expires at end of this year.

"We will ask the council to extend the mandate for another year...then our negotiations with the Security Council will be kicked off," Zebari was quoted as saying.

"We will ask the council to include an article that allows Iraq to enter into negotiations with the United States to reach long-term security agreements to meet Iraq's security needs bilaterally," Zebari added.

"The negotiations and talks over the security agreements will take a long time as they will cover the issues of sovereignty and immunity, the mission of these forces, Iraq's security needs and the role of the U.S. forces in training (Iraqi forces)," he said.

Zebari said the bilateral agreement would "not set a timetable (for withdrawal of U.S. forces)...but could include an article calling for decreasing their numbers."

Meanwhile, Iraq's vice president said Saturday that his country will not be used as a base to launch attacks against Iran or Syria.

Adel Abdul-Mahdi said he discussed security and other regional issues with Syrian President Bashar Assad during their meeting Saturday in Damascus. In response to a reporter's question about a possible U.S. military strike against Iran, the Iraqi vice president said: "Iraq does not accept that its territory be used for any aggression against any neighboring country."

He also predicted the withdrawal of foreign troops from Iraq by the end of 2008; he did not elaborate.