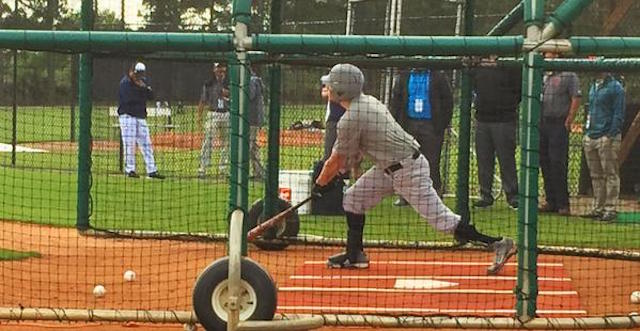 In 2006, Navy Petty Officer Daniel Jacobs lost his left leg from a roadside bomb in Iraq.

But this month, the 29-year-old was taking swings in a major league tryout camp in Lakeland, Florida.

As MLB.com's John Beck reported, Jacobs was among a throng of long shots at the tryout for the Detroit Tigers.

"Nine years ago, I was laying in a hospital bed in Bethesda, [Md.]," Jacobs told Beck. "I'm just blessed to be here. Any day you can get out and play baseball is a good day, right?"

Jacobs said his perseverance has served as inspiration for others. He said an 84-year-old amputee had sent him an email inquiring about prosthetics so he can play tennis again.

"I just feel that if I can get out here and play baseball and get my story out there, then it can reach out to somebody else," he said. "That's what it's all about for me."