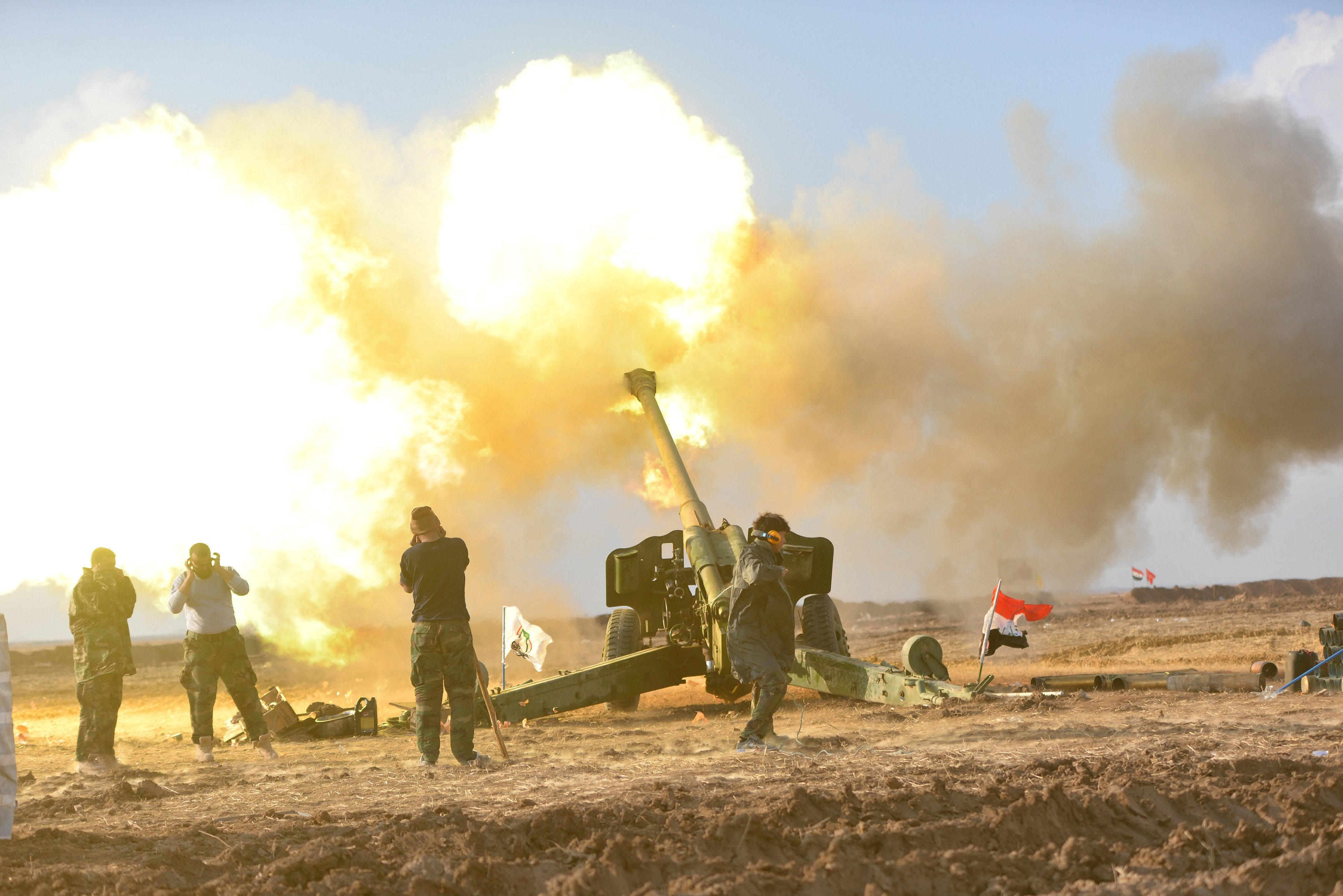 MOSUL, Iraq -- Breaking a two-week lull in fighting, Iraqi troops backed by the U.S.-led coalition’s airstrikes and artillery pushed deeper into eastern Mosul on Thursday in a multi-pronged assault against Islamic State of Iraq and Syria (ISIS) militants in the city.

Elite special forces pushed into the Karama and Quds neighborhoods, while army troops and federal police advanced into the nearby Intisar, Salam and Sumor neighborhoods. Columns of dark smoke rose overhead as explosions shook the city and heavy machine gun fire echoed through the streets.

Stiff resistance by the militants, civilians trapped inside their houses and bad weather have slowed advances in the more than two-month-old offensive to recapture Iraq’s second largest city, the extremist group’s last urban bastion in the country. It is the biggest Iraqi military operation since the 2003 U.S.-led invasion.

The battle began around 7 a.m. on a bright but chilly December day and continued until shortly before sundown.

The counterterrorism forces, also known as the Golden Brigade, captured about half of the Quds neighborhood by early afternoon.

It said that, at the request of the Iraqi government, coalition warplanes had “re-struck” two bridges over the Tigris River in Mosul on Tuesday, and a day earlier “disabled” the last bridge crossing in the city.

“The strikes were conducted to reduce enemy freedom of movement, and to further disrupt ISIL’s ability to reinforce, resupply, or use vehicle-borne improvised explosive devices in East Mosul,” said the statement.

In an interview with The Associated Press on Tuesday, Lt. Gen. Abdul-Wahab al-Saadi, commander of the special forces in eastern Mosul, said his forces have been bolstered by reinforcements and are were less than 2 miles from the Tigris River, which slices the city in half.

The special forces, officially known as the Counter Terrorism Service, have done most of the fighting, pushing in from the east. But regular army troops on the city’s southeast and northern edges, as well as militarized federal police farther west, have not moved in weeks, unable to penetrate the city.

The troops have faced grueling urban fighting, often house to house against ISIS militants who have had more than two years to dig in and prepare. Even in districts that have been recaptured, Iraqi troops have faced surprise attacks, shelling and car bombs. The extremists have launched more than 900 car bombs against Iraqi troops in and around Mosul. Al-Saadi said 260 of them had targeted his men.

He said he expected Iraqi forces would drive IS from Mosul and the rest of Nineveh province within three months. Iraqi leaders had previously vowed to drive the extremists from Mosul by the end of the year.

ISIS captured Mosul in the summer of 2014, when it swept across much of northern and central Iraq, and the group’s leader declared the establishment of its self-styled caliphate from the pulpit of a Mosul mosque.

The city is still home to around a million people. Some 120,000 have fled since the operation began on Oct. 17, according to the United Nations.

Meanwhile on Thursday, separate attacks in and around Baghdad killed at least 13 people and wounded 35 others, police said. The deadliest attack took place in the capital’s southwestern neighborhood of Maalif when an explosives-laden vest was detonated near an outdoor market, killing seven and wounding 12, police added.

All officials spoke on condition of anonymity as they were not authorized to release information.