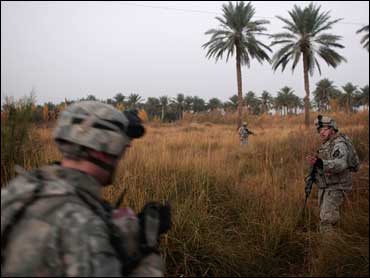 The Iraqi Cabinet agreed Tuesday to ask the United Nations to extend the authorization for U.S.-led forces in Iraq through the end of next year, but it will be the last time, officials said.

Prime Minister Nouri al-Maliki said last week that his government would ask the U.N. Security Council for the last time to renew the mandate that has given the United States and its partners sweeping powers in Iraq in the aftermath of the 2003 invasion.

"This is a very positive process," he said at a news conference. "Iraq is increasingly able to stand on its own but will not have to stand alone."

The Cabinet move came a week after al-Maliki's administration and the United States signed a set of principles for future cooperation between the two countries as the U.S. military begins to draw down forces.

That set the stage for negotiations between the United States and Iraq on a new security formula, including the number of troops remaining here and the legal framework under which they will operate.

That agreement is scheduled to be reached by July 31, 2008, when the Iraqi government will present it to parliament for ratification, al-Maliki. That agreement would eventually replace the present U.N. mandate regulating the presence of the U.S.-led forces in Iraq.

Sadiq al-Rikabi, an adviser to the prime minister, said the security situation in the country will require the presence of U.S. forces for the coming year. He said the request for the extension would include the same terms as last year, with the exception that it would be the final one.

The U.N. mandate regulates the U.S. presence in the country and gives it sweeping rights, including the right to detain suspects indefinitely without charge.