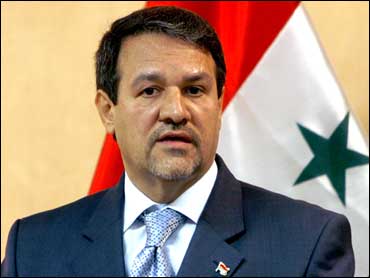 A top Iraqi official said Sunday there was no "conclusive" evidence that Shiite extremists have been directly supplied with some Iranian arms as alleged by the United States.

Al-Dabbagh was commenting on talks this week in Tehran between an Iraqi delegation and Iranian authorities aimed at halting suspected Iranian aid to some Shiite militias.

Asked about reports that some rockets made in 2007 or 2008 and seized in raids against militias were directly supplied by Iran, al-Dabbagh replied: "There is no conclusive evidence."

"We can't ignore or deny we are neighbors. We do not want to be pushed in a struggle with any country, especially Iran," he told a news conference.

"We are fed up with past tensions that we have paid a costly price for because some parties have pushed Iraq (in the past) to take an aggressive attitude to Iran."