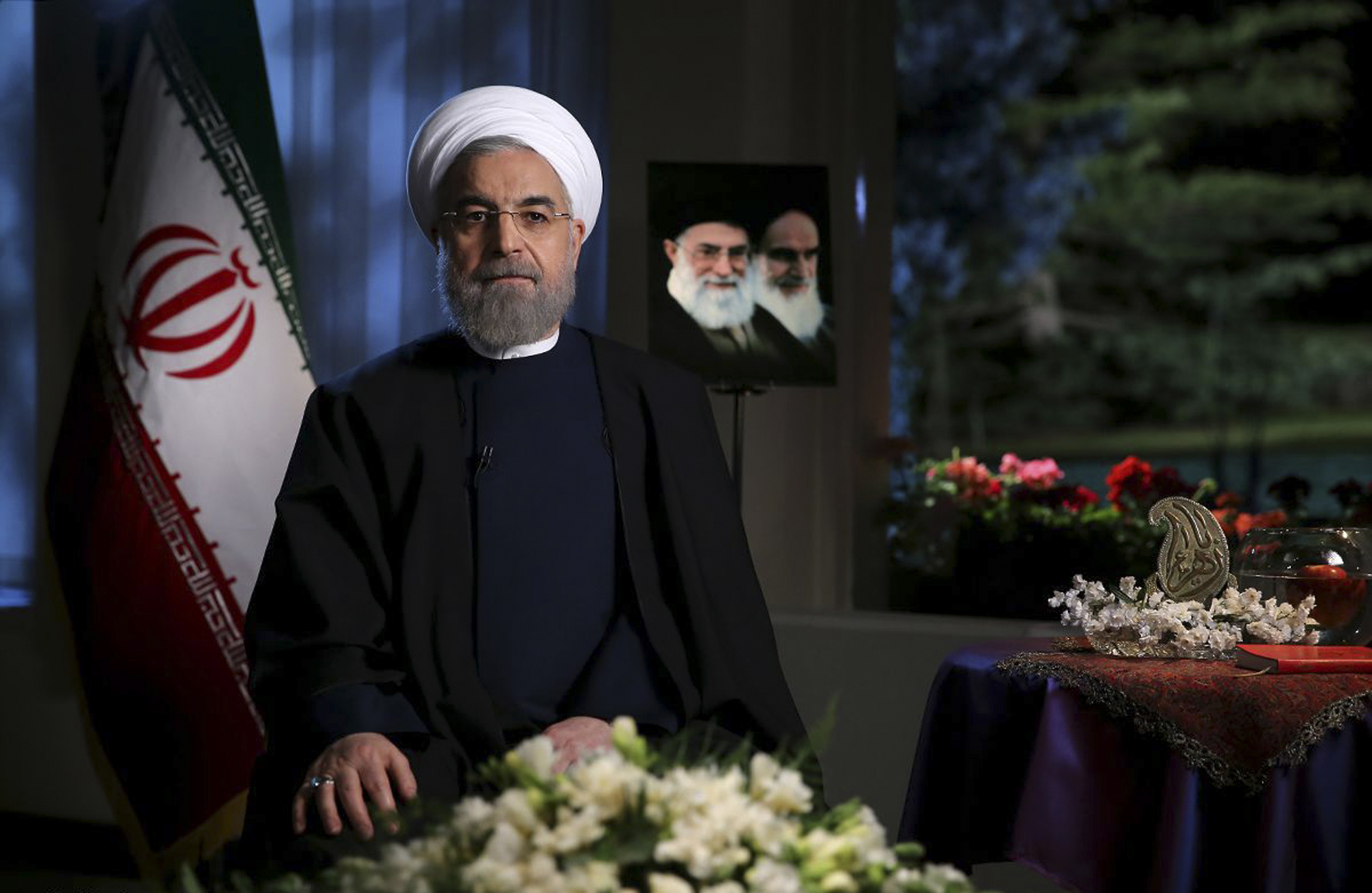 The comment did not appear on the Farsi version of Rouhani's account, suggesting the Iranian president was targeting his comments toward an international audience at a time when the Iranian nuclear deal with world powers faces ratification amid strong Israeli opposition.

Iran's Jewish community dates back nearly 3,000 years. Many Iranian Jews fled the country after the 1979 Islamic Revolution, but an estimated 20,000 native-born Jews remain in Iran.

Tensions with Iranian Jews grew under hardline former President Mahmoud Ahmadinejad, who repeatedly called the Holocaust "a myth" and even sponsored an international conference in 2006 to debate whether the Holocaust ever really took place. Then-Vice President Mohammad Reza Rahimi once accused Jews as a whole of being drug dealers.

Since Rouhani took office, his government agreed to allow Jewish schools to be closed on Saturdays to mark Shabbat, the day of rest. Rouhani also allocated the equivalent of $400,000 to a Jewish charity hospital in Tehran and invited the country's only Jewish lawmaker to accompany him to the United Nations General Assembly in New York in 2013.

However Iran does not yet recognize Israel and supports anti-Israeli militant groups like Hamas and Hezbollah.