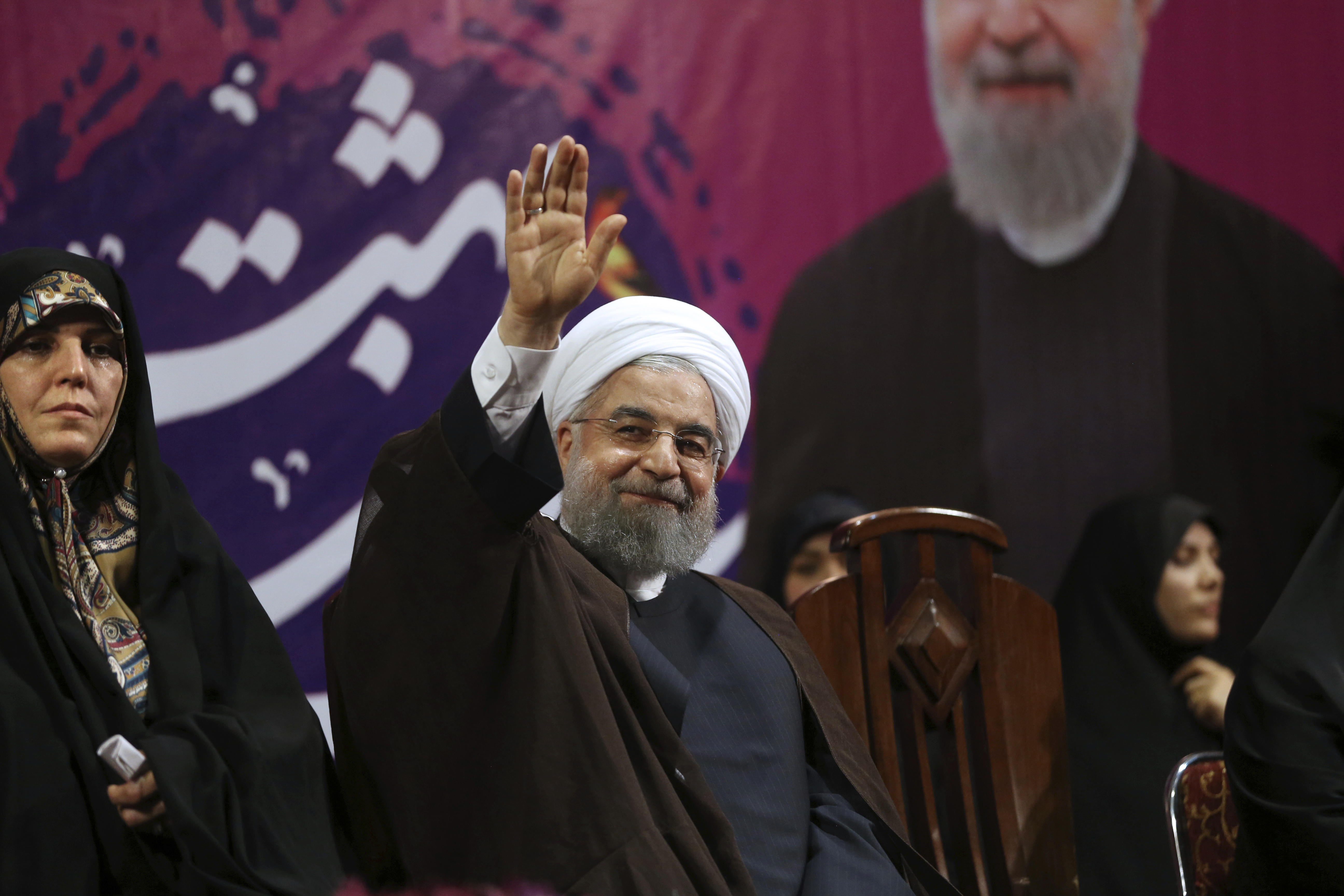 DUBAI, United Arab Emirates -- From a former president disobeying the supreme leader to open discussion of a 1980s mass execution, Iran's presidential election is pushing the boundaries of what can be discussed in public and done online, a small but noticeable shift in the country's clerically overseen polls.

The push doesn't portend a dramatic change to the structure of the Islamic Republic, under which Supreme Leader Ayatollah Ali Khamenei has the final say over all state matters and clerics determine who can run for office and what bills become law.

It does, however, show that the government's ability to clamp down on criticism is waning as Iranians turn to encrypted messaging applications like Telegram and internet chats ahead of the May 19 election.

"There's no doubt about the fact that the state has less control of the discursive realm. It's much easier for people to get information out," said Adnan Tabatabai, an Iran analyst based in Germany who is the CEO of the Center for Applied Research in Partnership with the Orient.

"The social media realm is no longer just the space for, let's say, young, reform-minded moderate figures and people. The conservative and hard-line elements have (done) their homework in that regard so they can use these channels as well."

The election appeared at first to be a walk for incumbent President Hassan Rouhani, whose moderate administration negotiated the 2015 deal with world powers to curb its nuclear activities. But while Iran has signed multi-billion-dollar deals with airplane manufacturers, the benefits of the lifting of sanctions have yet to reach most Iranians, fueling discontent.

Then came the surprise entry into the race of former President Mahmoud Ahmadinejad, who had questioned the Holocaust, predicted Israel's demise and ramped up the nuclear program during his eight years in office. Authorities ultimately quashed his bid through the clerical screening that controls who can run. However, his short-lived campaign, in defiance of Khamenei's advice that he not run, challenged the supreme leader's authority.

As the candidate field firmed up, Iranians of all political stripes shared messages, photos and video across the mobile messaging application Telegram. The app's designers say some 40 million of its active users are in Iran, a nation of 80 million people. This year's vote marks the first presidential election held since the app swept across Iran.

Supporters of hard-line candidate Ebrahim Raisi circulated a video supposedly shot with passers-by on the streets of Tehran looking at a picture of a car bombing. All suggest the attack happened somewhere else until they turn over the picture to see it happened in Iran, allegedly at the hands of the exiled Mujahedeen-e-Khalq group.

The video seeks to defend Raisi, a favorite of Khamenei, and justify his alleged involvement in the 1988 mass execution of thousands of prisoners, many of them MEK members. It also represents a hard-line justification for the executions, one of the darkest moments of Iran's post-revolution history still not recognized by its government.

In another break from precedent, Rouhani has increasingly criticized Iran's powerful Revolutionary Guard, a hard-line paramilitary force answering only to Khamenei. During Friday's televised presidential debate, Rouhani pointed to the March 2016 launch of a ballistic missile bearing the words "Israel must be wiped out" in Hebrew, accusing the Guard of trying to sabotage the nuclear deal.

Rouhani kept up that criticism during a campaign stop Monday in Iran's western city of Hamedan. "Tell the extremists and those who use violence that your era is over," he said.

"The shift will surely galvanize the reformist masses that only reluctantly backed Rouhani in 2013, but it is a risky strategy given the (Guard's) knack for reprisal," wrote Alex Vatanka, a senior fellow at the Washington-based Middle East Institute. "There is a fine line between animating an Iranian electorate that has a proven preference for anti-status quo candidates, and prompting Khamenei to fear for his grip on power as the regime's ultimate authority."

Rouhani himself hasn't escaped criticism. During his visit Sunday to the site of a mining disaster that killed at least 42 people, angry miners beat on his armored SUV and shouted at him.

Videos by the semi-official Fars and Tasnim news agencies, both believed to have ties to the Guard, first broke news of the incident - via their Telegram channels, rather than their news wires.

"In tragedy, when clerics are supposed to sympathize with ordinary people, they don't," said Mehdi Khalaji, a fellow at the Washington Institute for Near-East Policy. "This has widened the gap between people and the clerics."

Experts say that growing divide, and other contradictions in Iran's unique political system, will determine its future.

"Eventually, one day these things will have to be resolved," Tabatabai said. "Otherwise they will be haunting them forever."