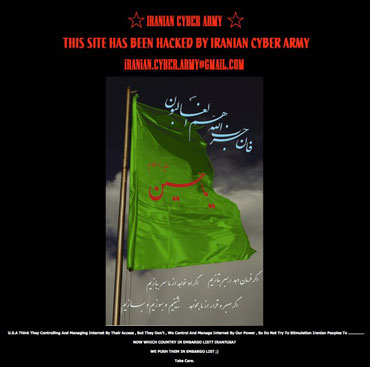 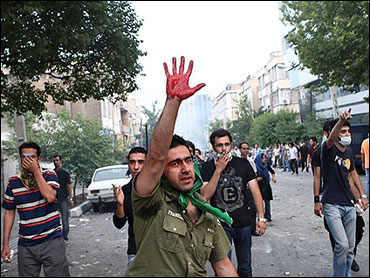 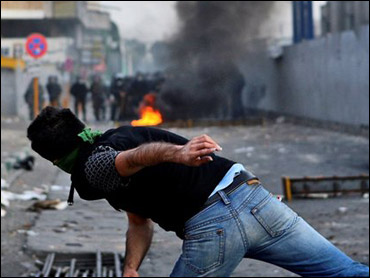 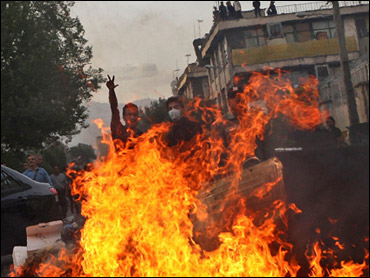 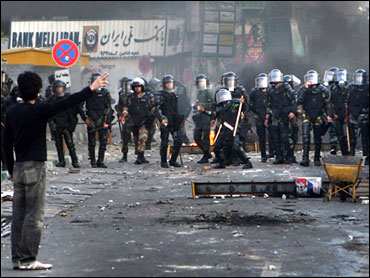 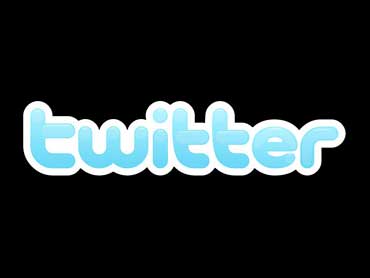 (AP Graphics Bank)
NEW YORK (CBS/AP) Crimesider has now translated the full message that a group calling itself the "Iranian Cyber Army" left on the front page of Twitter when they hacked it early Friday.

The text, written in Farsi, Arabic and English, references the Koran, speaks of victory for the "Party of God" – perhaps a reference to Hezbollah – and seems to claim the hackers can embargo America on the Internet.

Also, a website which supports the Iranian opposition, mawjcamp.org, was hacked with the same message and remains down.

There was no evidence the hackers are actually linked to Iran.

Early Friday, Twitter users trying to reach their accounts were redirected to a Web page that had a picture of a green flag and a message that said, "This site has been hacked by the Iranian Cyber Army."

The image had writing in three languages.

The top of the graphic says in large English letters:

THIS SITE HAS BEEN HACKED BY IRANIAN CYBER ARMY

At the bottom in small letters it reads:

U.S.A. Think They Controlling And Managing Internet By Their Access, But THey Don't, We Control And Manage Internet By Our Power, So Do Not Try To Stimulation Iranian Peoples To….

America has embargoed goods from Iran since 1979, when a religious revolution swept over the country and 53 Americans were held hostage for more than a year.

The image on the hacked Web page contains two pieces of Arabic writing. In large blue letters, it says: "Verily, the Party of God (believers) will be victorious." The line, which is taken directly from the Koran, could be a reference to Hezbollah, the Iranian-backed militia in Lebanon, whose name literally means "Party of God."

A second piece of Arabic writing is in small red letters on the large green flag. It says: "Peace be Upon Him."

Below it in large Farsi letters is a reference to Imam Husayn, a highly revered religious figure for Shiite Muslims. Shiites are the largest Muslim sect in Iran.

The bottom of the graphic contains a poem written in Farsi:

At our leader's command, we fight / gallop
At his demand we fall on our swords
If he asks us to remain calm and patient
We'll be patient, even if we burn and perish in submission

Last June, Web sites like Twitter and Facebook brought attention to Iranian street protests after anger erupted over a contested presidential election and the violent crackdown that followed it. The Iranian government tried to block media coverage of the chaos, but Twitter and Facebook users found ways to distribute minute-by-minute updates and amateur video that included a young woman's death.

On Friday, Twitter posted a message on its blog that said its Domain Name Systems' records "were temporarily compromised but have now been fixed." The site says it will update with more details "once we've investigated more fully."

Twitter's homepage has since been restored.