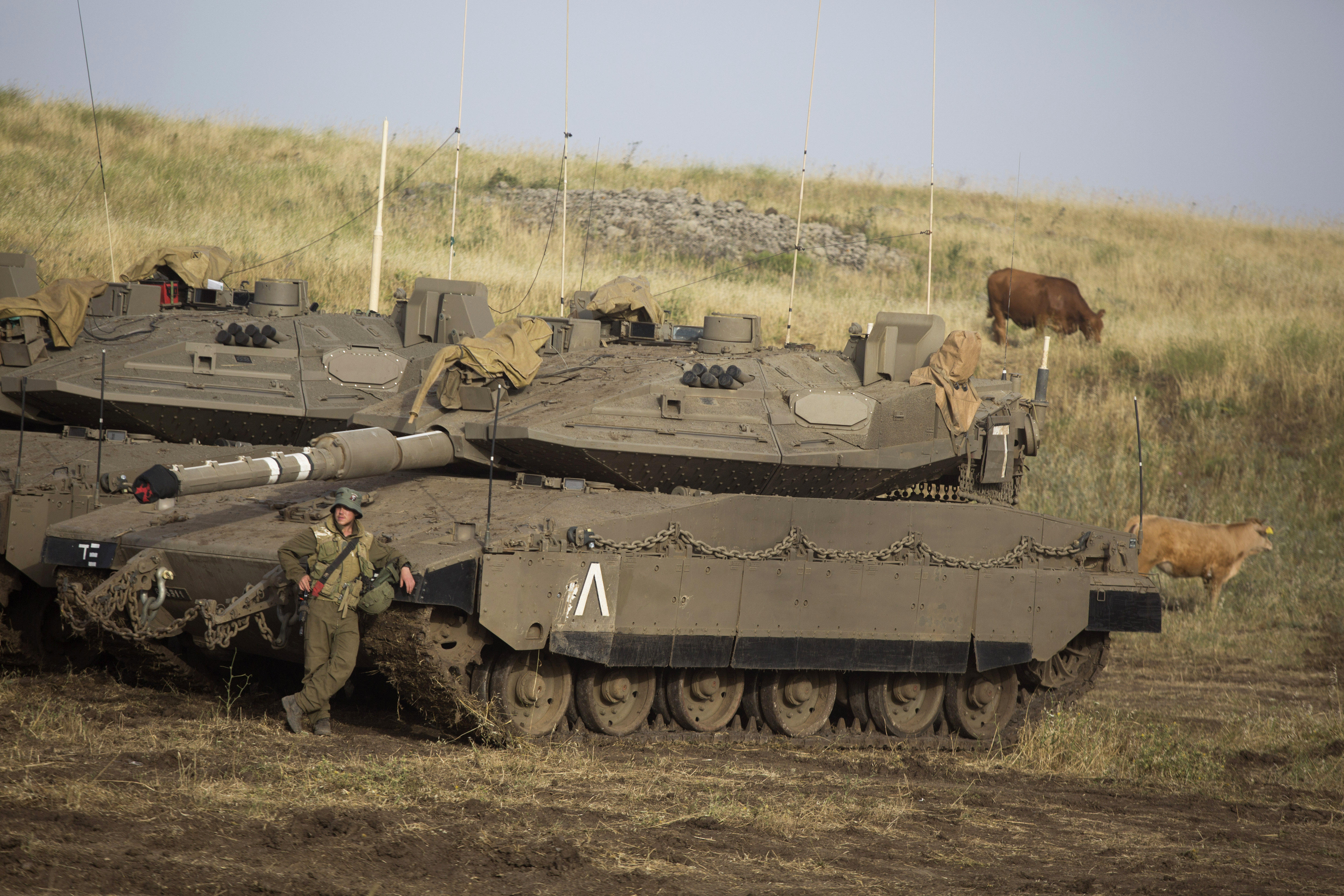 BEIRUT -- U.N. Secretary-General Antonio Guterres called for an immediate halt to "all hostile acts" to avoid "a new conflagration" in the Middle East after Israeli forces bombed Iranian targets inside Syria. Guterres' comments came as a calm night followed intense attacks on parts of Syria by Israel.

Israel said the strikes early Thursday were retaliation for an Iranian rocket barrage on its positions in the Golan Heights and has called on the U.N. Security Council and secretary-general to immediately condemn Iran's attack. The United States and Great Britain both condemned the rocket attack on Thursday and stressed Israel's right to defend itself.

In Iran's first official reaction to the attack, a Friday report in state-run IRNA quoted Foreign Ministry spokesman Bahram Ghasemi as saying the Israeli attack on Syria under "fabricated and baseless excuses" was a breach of the national sovereignty and territorial integrity of Syria.

He added that Syria has the right to defend itself "against the aggressors."

The Security Council, deeply divided over Syria, is highly unlikely to issue a statement and as of Friday morning no council member had asked for a meeting.

Israel and Iran have long fought each other through proxies, and with the new exchange each seemed to be sending a warning that a direct clash between them could swiftly escalate.

The scope of the attacks -- which Israel called its largest in Syria since the 1973 Mideast war -- raised the specter of a full-fledged war between Iran and Israel in Syria, a conflict that could potentially drag the militant group Hezbollah and Lebanon into the mix with devastating effects, although both sides appeared to signal they wanted the confrontation to remain contained, at least for now.

Israeli Prime Minister Benjamin Netanyahu said Iran's first-ever direct attack against Israeli military positions "crossed a red line." As CBS News correspondent Seth Doane reported, the military escalation comes at a worrying time, right after the U.S. decision to pull out of the Iran nuclear deal -- with active support from the Israeli government. It also comes ahead of a series of patriotic holidays in Israel, coinciding with the controversial moving of the U.S. embassy from Tel Aviv to Jerusalem.

The blistering Israeli assault was by far the most intensive Israeli action in neighboring Syria since the civil war broke out there in 2011. Israel has largely tried to stay on the sidelines, but has previously acknowledged carrying out over 100 airstrikes over the past seven years, most believed to be aimed at Iranian weapons shipments bound for the Hezbollah militant group.

But with the civil war appearing to wind down, and Iranian forces looking to establish a foothold on Israel's doorstep, Israel has stepped up its response. Speaking at the Herzliya Conference, an annual security gathering north of Tel Aviv, Defense Minister Avigdor Lieberman said Israel would response fiercely to any further Iranian actions.

"We will not let Iran turn Syria into a forward base against Israel. This is the policy, a very, very clear policy, and we're acting according to this policy," he said. "We, of course, struck almost all the Iranian infrastructure in Syria, and they need to remember this arrogance of theirs. If we get rain, they'll get a flood. I hope that we ended this chapter and that everyone understood."

Asked by "Face the Nation" moderator Margaret Brennan on Thursday whether the U.S. had expected Iran to lash out after the White House decision to pull out of the nuclear deal, Vice President Mike Pence said the they had "been anticipating the potential for some Iranian reaction" since Israeli struck Iranian targets in Syria "a couple weeks ago."

"We stand by Israel's right of self-defense to protect its nation, its people, and its sovereignty," the Vice President said, adding that, because the Iran nuclear deal "didn't check the aggressive influence of Iran across the region is exactly why Iran is in Syria. It's exactly why you have Iranian forces and Iranian missiles that have positioned in Syria as that nation's been swept up into a bloody civil war."

The White House followed up with a statement saying, "Iran's Islamic Revolutionary Guard Corps (IRGC) bears full responsibility for the consequences of its reckless actions, and we call on the IRGC and its militant proxies, including Hizballah, to take no further provocative steps."

"We strongly support Israel's right to defend itself. We urge Iran to refrain from further actions which will only lead to increased instability in the region," said Johnson, adding: "It is crucial to avoid any further escalations, which would be in no one's interest. We also continue to call on Russia to use its influence to press those in Syria to cease their destabilising activity and work towards a broader political settlement."

Near the capital Damascus, opposition fighters and their families left three southern suburbs that were held by rebels bringing the area under government control for the first time in years, Syrian state media and a war monitor said.

Syria's state news agency SANA said opposition fighters who decided to stay in the suburbs of Babila, Beit Sahem and Yalda would hand over their weapons and return to normal life.

The Britain-based Syrian Observatory for Human Rights said a total of 8,400 fighters and civilians left the area since May 3 and the last group left Thursday night.

Syrian state TV and the Observatory said police forces were getting ready to enter the area on Friday to guarantee security.

With the capture of the three suburbs, the only area outside government control in Damascus is the neighborhood of Hajar al-Aswad and the nearby Palestinian refugee camp of Yarmouk, which are partially controlled by the Islamic State of Iraq and Syria (ISIS).

Government forces have been on the offensive against ISIS in the area since last month and its capture would boost security in President Bashar Assad's seat of power.