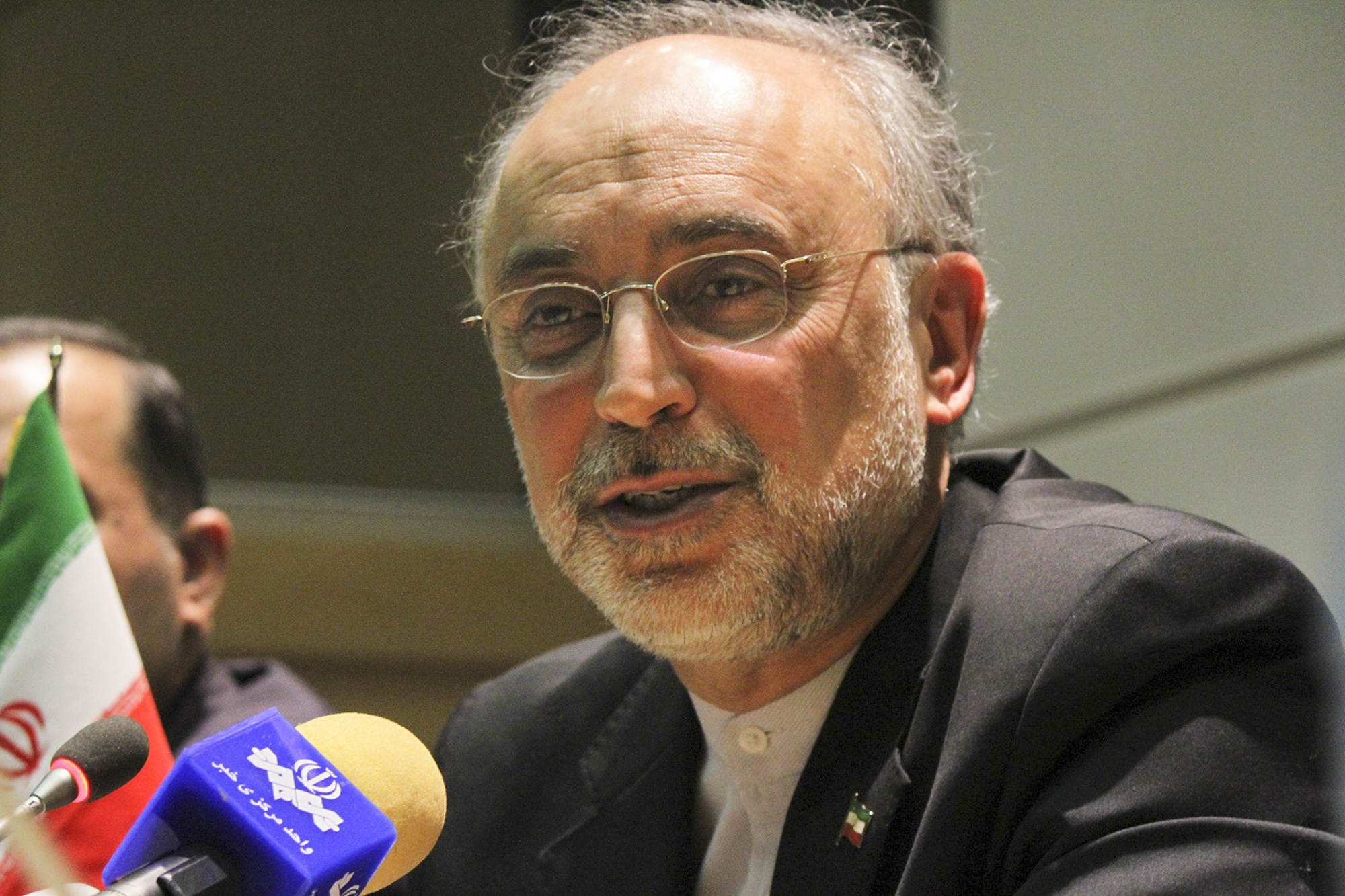 The comments by Foreign Minister Ali Akbar Salehi, reported by Iran's official news agency, underscored efforts to display cooperation with the International Atomic Energy Agency team and downplay the expectations of a confrontation atmosphere during the three-day visit that began Sunday.

The IAEA mission is the first to Iran since a report in November that suggested some of the Islamic Republic's alleged experiments — cited in intelligence documents — can have no other purpose than developing nuclear weapons. The current inspection team includes two senior weapons experts, hinting that Iran may be prepared to discuss specific points on the claims it seeks to develop warheads after three years of rebuffing U.N. calls for answers.

U.N. nuclear inspection gets under way in Iran

Salehi, attending an African summit in Ethiopia, repeated remarks that he was "optimistic about the results of the visit" without offering more details. He also told Turkish state television that the U.N. mission could be "extended if necessary," according to the official Islamic Republic News Agency.

The findings from the visit could greatly influence Western efforts to expand economic pressures on Iran over its uranium enrichment — which Washington and allies fear could eventually produce weapons-grade material. Iran has declined to abandon its enrichment labs, but claims it seeks to fuel reactors only for energy and medical research.

India's finance minister, Pranab Mukherjee, told reporters Sunday in Chicago that cutting off Iranian oil would be too great a blow for the Indian economy. About 12 percent of India's oil imports reportedly come from Iran, making Iran its second-largest supplier after Saudi Arabia.

The U.N. team has made no public comments since leaving Vienna, the headquarters for the watchdog agency.

But Iranian media said the team is likely to visit an underground enrichment site near Qom, 80 miles (130 kilometers) south of Tehran, which is carved into a mountain as protection from possible airstrikes. Earlier this month, Iran said it had begun enrichment work at the site, which is far smaller than the country's main uranium labs but is reported to have more advanced equipment.

The IAEA team also wants to talk to key Iranian scientists suspected of working on a weapons program. The team also plans to inspect documents related to nuclear work and secure commitments from Iranian authorities to allow future visits.

It remains unclear how much Iran will cooperate or is willing to disclose. Iran has accused the IAEA in the past of security leaks that expose its scientists and their families to the threat of assassination by the U.S. and Israel.

Oil prices have been driven higher in recent weeks by Iran's warnings that it could block the Strait of Hormuz at the mouth of the Gulf, the route for about one-fifth of the world's oil. Last week, the American aircraft carrier USS Abraham Lincoln, joined by French and British warships, entered the Gulf in a show of strength against any attempts to disrupt oil tanker traffic.

On Monday, Iran's state TV reported the development of laser-guided artillery shells capable of hitting moving targets. The report did not give details on specifications of the shell. It could not be independently verified.

Iran occasionally announces the production and testing of military equipment, ranging from torpedoes to missiles and jet fighters.

The country's military has run a program dating from 1992 which aims at self-sufficiency in producing modern weaponry.